20% tax would just increase the price of mexican imports. The consumers and buyers would be paying for the wall, not Mexico. To put into prespective, Texas alone imported around $84 billion from Mexico in the year 2015. With a 20% tax, Texas businesses and consumers would have paid an extra $16.8 billion for the same goods and services. Enough to pay the wall (supposedly) and thats a very possible final scenario.

Mexico is the main  country when it comes to importing agricultural goods to the US, and considering how much the minimum wage is in Mexico and the variety of products that we receive, what we are paying to import those products (nearly nothing compared to other countries) replacing them as a business partner is going to improbable if not impossible. In 2015 US's imports from Mexico totaled $21 billion.  Leading categories include: fresh vegetables ($4.8 billion), other fresh fruit ($4.3 billion), wine and beer ($2.7 billion), snack foods ($1.7 billion), and processed fruit & vegetables ($1.4 billion). the majority of it produced at 73.00 pesos per hour (about $4.30).

Earlier this week, a shipment of avocados from Jalisco, Mexico was stopped from coming to the US. Mexico turned around and sold the avocados to other countries at a 20% increase without a loss; meanwhile the prices of avocados in the US rose to 96.00 dlls a crate (the "normal" being 40.00 dlls a crate) Price increase, not enough product to meet the demand = consumers pay. The phrase "The guac will be extra" gets a new meaning.

To tax Mexico would mean to leave NAFTA for either country and to leave NAFTA would mean Mexico can also tax US products or increase the price of their own to cover losses. Its a two way, street. Thats why bullying one of your 3 main business partners is never a smart move.

Senator and sassy overlord Lindsey Graham had something to say (lol):

I'm not kidding myself...

The price, any price, always ends up being paid by consumers (even if Mexico ended up "paying directly" it would impact in other trades to payback, as it'll in this)... taxes rising is always bad to everyone but the bureocrats that will pocket that money.

Grey Keys will always be a thing, so PC consumers fine, but I feel bad for console exclusive or mulitiplat games, devs, publishers, ect.

A wall will help. People who go hunting watch illegals cross the border by simply walking across with nothing but a small barbed wire fence that any small child could get over. One of my friends tries to stay away from the aera cause he doesn't want to be robbed or shoot one by accident. They climb the walls we have no easily.

Making it harder for them is a good thing. My family came here legally and every illegal that comes here without doing it the right way makes it that much harder for the rest of us who try and respect the laws. Me and my fiance have already had to pay over $5000 because of illegals hitting our car and not having insurance to pay for anything. This doesn't include the amount that our insurance has gone up because of that which would make the estimate closer to $10,000. The cops don't even arrest them or deport them or anything. I get stuck with the bill and everyone gets to go home. I saw one of the illegals who totaled my car on the highway 2 months later in another car.

I understand how they feel my country is very third world as well and we have little kids begging for money on the streets too. Unfortunately we can't just force America to be the place where every illegal is allowed to come and we all have to take on the burden. At least if your a legal citizen without insurance I can file a lawsuit and take you to court and even lead to garnishing your wages. Good luck trying to do that to an illegal. 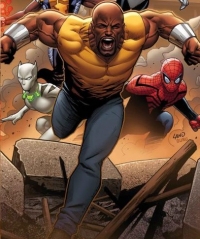 I haven't post here in a while, but this is one the best constructed posts I ever seen in years!!!

Exactly this. Mexico is not as stupid as Trump might suggests. In the end the US consumers will have to pay for the increased taxes.

Every company does the same. All the extra costs raised by the goverment will be send directly to the consumer to pay.

Illegal immigrants cost us 113 billion dollars A YEAR. If a wall slows them down and it doesn't cost us as much in tax dollars, then it is worth it.

Actually Trump economic policy can probably work in the short term and be quite bad for the long term growth.

Unless...people start making things in the USA and buying things made in the USA, which is Trump's plan. Then Mexico loses big time and will have no choice but to cooperate.

For now, the USA is a net importer and the buyer holds the real power in these situations.

Isn't it a well documented fact that most illegal immigrants come into your country through legal means (Vacation, visiting) at border crossings and just overstay their visas. A wall wouldn't do anything to stop that kind of immigration.