I guess Nintendo wasted its Sonic exclusives for home consoles this generation. At least Sonic Lost World was made. I enjoyed the demo so I might buy that Sonic game eventually.

No reviews yet? When a game developer is confident in his product they end the review embargo a week or more before the release of the game. 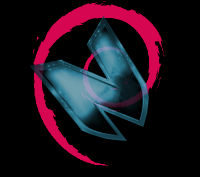 I played the 3DS demo and I'm impressed. Not impressed in sense of "GOTY", but I was expecting a less worthwhile game, but this turns out to be - for me - the best installment since Sonic Adventure 2: Battle. So I'm going to buy it (on Wii U). Well, this time it wasn't Sonic Team screwing up.

I liked what I have seen, not a classical Sonic game, which actually a plus for me, graphics are decent but not sure about framerate, gameplay lets you explore and navigate not run to the finish. I will keep an eye on it.

The video is interesting but I really don't like the player's comments.

I think we have conflicting information, then.  This guy seem to have been playing solo and apparently the framerate is a disaster in that, too:

Anyhow, I can confirm that there are absolutely framerate problems even in single player. The game opens with an autorun section, and it was crazy choppy. The subsequent 3D section chugged pretty hard, too, although not as bad.

The game gets off on the worst possible foot with it's intro section (the part I played earlier). It's primarily four very tedious, very blocky 2D segments, with a couple of combat rooms and two autorun speedway bookends. It makes for a terrible first impression, especially because it has some atrocious performance and framerate issues. (And also my aforementioned cut scene glitch.)

This segment would be really fun, except that the frame rate during part of it is such a disaster that it becomes almost unplayable.

Too scared to watch this for now. :( 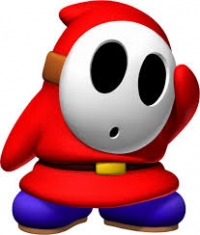 I wanted another Sonic Colors. This looks bad.

When Sonic start to kick I start to cry...
DAMN, YOU ARE SONIC, YOU DON'T KICK YOU RUN AND ROLL, YOU CUT THEM WITH YOUR HEAD'S SPIKES!

5 minutes and I'm already that depresed... just, no, I can't stand it anymore. And I know Sonic also does have weapons... NO.

So, only Nintendo is confident in their product? =P

Because i know Ubisoft didn't lifted watch dogs embargo until the release, and i believe many others followed this "strategy" this year.

I am not sure, but anyone knows about Driveclub and CoD:AW?