Gamers are sure self entitled and pathetic these days....
The game exists and so does the MCC. They might not be for everyone but I know plenty of people they are for.

It would've been good say we saw it 10 years from now. People are still buying the original Last of Us why release a Remastered version

Release a new IP with little hype on a system with 80 million or release it on a system with 8 million? Naughty Dog isn't a charaity you know. Making something a launch exclusuive is saying well I don't care how well it sells. 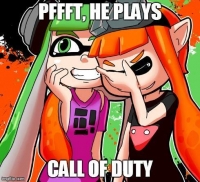 To be honest if It wasn't for the fact I have't played the PS3 version and just so happened to be few weeks till the PS4 version, I probably wouldn't have cared about it.

Holy F!@#$, This same shit again? really?
I mean seriously, do any of your haters have anything better to do than hating on the same game over and over again?
the thing is out already!!!! hellllloooo!!!!
if you don't like it don't buy it....
honestly, this is the SEVENTH thread I have seen on this issue IN TWO WEEKS; usually by people who don't EVEN OWN A PS4 OR NEVER INTEND TO BUY ONE!!!
Damn! seriously get a life.
the Moderators seriously need to start locking down these TLOU:RE threads, because all these are too stupid and repetitive.
like TF?

Because many PS4 owners didn't own a PS3. Simple. Yet it takes a dozen threads and thousands of posts to explain it, and people still can't seem to understand that simple sentence.

now, that is definitely not true...

Could have? Yes, but not with the inclusion of all the DLC.

If it followed the normal trend of GoTY editions with all included DLC it would have been $60, not $50. So compared to what we have seen for the last half decade or so, this is much better quality (60FPS&1080P) than normally expected, with more effort put in overall and at a lower than expected price compared to the norm .

There is literally nothing bad about this re-release other than people bitching for the sake of bitching, as per the norm with gaming forums. it is like people chose to neglect the way things have been done and the way this game has been handled and ultimately offered.