I suppose my problem with the Remastered edition isn't that it exists, but why it exists in the first place. The goal was to give the people who owned a PS4 but not a PS3 the ability to play the game, but this shouldn't even be a problem in the first place. Removal of backwards compatibility is my biggest complaint leveled against current gen consoles.

So, let me get this straight.

Despite being a 'must buy' for new gamers, Sony should not have released the game this year. They should have admitted they have no games, done nothing about it, waited a few years, then launched the title into a far more competitive gaming environment. It would have been the right thing to do.

He also calls the game the biggest PS4 exclusive of 2014 to lend weight to his attempts to disparage the line up of this year, but Infamous launched back in March.

Finally, saying the game should not have been remastered, should have released in digital only format and at a significantly cheaper price is one viewpoint. Personally, I'm happy to pay more for an enhanced looking game, more fitting of my new console experience. I also want the physical copy, thanks.

No it's not. There was objectively far more effort put into MCC than TLoU HD. If someone is complaining about TLoU HD being a poorly timed cash grab, that offers very slight improvements over the original less than a year later, then that same line of argument doesn't apply to MCC in any remote sense.

And my attitude towards Sony? The attitude that the PS4 is worth owning and the XB1 isn't? Your logic is terrible. 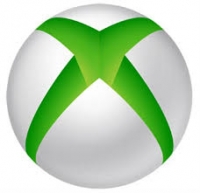 It's attention seeking and in poor taste and the gaming world is full of it. Is that clear?

Sony has the popular console out right now and people are going to nitpick every little thing about it and its games. Someone said it before in this thread, they should of just dropped the remastered part from the title and called it a goty edition.

I guess it's not his fault for posting it then.

Yes and just like how anyone who did not have an XBox and/or XBox360 that might own an XBone should be happy that a great Halo collection is coming their way so early in the gen to get them prepared for the next Halo title, which will of course be on the XBone.

I will never get the reason why the TLoU:R is the current "cancer" of the gaming industry. There was money to be made, there was an audience and there was (what I can only assume) a reasonable demand for it.

The trend of re-leases started well before this, so I genuinely do not see the lasting harm in this. It was pretty early to remaster it but it was the best time for it, while the hype and relevance of the game is still going.

The costs to place the Cell and PS3 hardware into the PS4 would make the console not only larger, but much more expensice to produce, we are talking $500+ launch price easy. Doing that was NOT an option. It runs on an entirely different architecture (x86) to boot.

It is beyond obvious that the vast majority of people who complain about thsi remaster have a problem with (even hatred for) Sony. Why?

1. GTA V gets no hate threads. Not only that, but that game has sold like 25m copies and unlike TLOU:R xbox owners did have the chance to play it.

2. No one complains about Game of the Year Editions, which pretty much TLOU:R is (only better). Did editors write articles about Tomb Raider ps4 being a cash grab? No? Why is that?

Anyway, gaming journalism has been and still is all sorts of pathetic. No wonder no one takes it seriously.