To be honest FFX was the beggining of what is wrong with jrpg's today. It was basically the start of the corridor jrpg. At the time i thought that was bad, comparing it with previous titles.
With how low the bar has been set nowadays with subsequent titles, its easier to see some of the things that werent so bad about ffx. Namely the combat and the story.

In retrospect, it wasnt terrible, but j developers managed to only take what was bad from it and give it continuation.

Whoever says this is the best game ever has alot of catching up to do wit ps1 jrpgs. 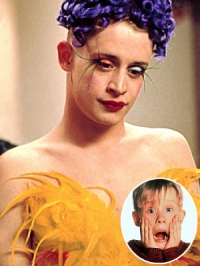 FFX was an awesome game and one of the last great final fantasies although I did enjoy 12.

FF13 was the beginning of the end for me. Ever since I got suckered into buying 13 on launch day and realized for utterly horrible it was, I refuse to buy another Final Fantasy game by Square-Enix and probably never will.
Bravely Default may be the first Square Enix title I will buy on launch in many years, even though I hate to give Square-Enix my money after they ruined my beloved childhood franchise.

There are many worse than it, and many better. 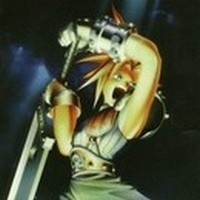 My 2nd all time favorite FF after FFVII & the 2nd most successful FF after FFVII regarding sales, FFX have amazing battle system new approach on summons (Aeons) were u call them to fight in place of u, superb soundtrack, likeable characters, a mini-game were u can manage & play with a team a futuristic soccer/polo kind of game (it was very addictive for me), a newly introduced leveling system that it was so amazing that games & games have copied it again & again, another plus is that this game make u really care about the characters I still feel connected to them 10+ years after I finish it for the first time (& this was the last FF that make me care..) , also there was so many secrets to find & so many badass bosses to fight I can keep on going & going on why this game was so amazing if there was 1 minus I can find is the lack of world map that's it other than that the game was a MASTERPIECE!

(If there is still some JRPG fan out there who haven't played it yet go grab the HD version in a few months u won't regret it!)

sorry but to me the gameplay wasn't broken, the story wasn't poorly told and the party characters definitly weren't flat either. if you would compare cast and story to for example something like xenogears i'd understand your complaints but compared to ffx i can't, sorry. and when it comes to freedom: better 2 interesting options than 10 boring ones.

Sorry to interject here, I couldn't resist.  Gameplay is broken.  Ravager + Healer + Commando = Win on every normal enemy (Lower Level).  Ravagerx2 + Commando = Win on every normal enemy (Higher levels).  It got so bad with me button mashing X (Or A on the 360) that I literally started watching T.V. shows while fighting enemies because it became so monotonous and long.  Story telling is horrible.  Everything important is in the datalogs (Seriously they put the entire war of Transgression and the real motives for Bartandalus in there).  The dialog in the game is horrible.  The characters keep spouting the same non-sense throughout the entire game.  Zazh is the only character that doesn't, but then again he and Vanille are the only characters with actual character development.  Characters are your typical Japanese archtype anime characters and again; there's very little character development.  FFX is very "open" compared to FFXIIII, at least one game lets you go back to almost any point; plus there's quite a fair amount of side quests in FFX(Compared with any FF game).  Can't say the same for the FFXIII.

ok i admit there is some kind of button mashing that can get annoying because i've used an autofire controller to skip that problem too. but that's nothing why i would say the gameplay is broken in general. they just should have added autofire or an autoattack option to mak it more convenient. your

statment is definitly not true. you certainly don't win endgame(boss)battles without switching to other setups as well. Maybe you use these setups the most but that does not mean the others are completely useless. when i think back to ffx, i used tidus, rikku and wakka the most. does that mean the other characters were completely broken because this party was the most effective?

as for the story: the content is in there. you just had to listen closely and read. if you want everything in cinematics prepare to pay way more than 60$ because so far jrpgs haven't reached cod or gta sales.

I like it! It's definitely not the best Final Fantasy ever made but it's a darn good RPG. It was too linear though, and the final boss was a cheap motherfucker.

You do realize if you don't do the side quests you have no idea what happens to pulse?  You go down to pulse and they explain nothing.  You go to Oerba and they don't even tell you that Fang was the one that cause the village's destruction, and essentially caused the entire war of transgression.  The entire backstory for Bartandalus is in the datalogs, so if you don't read those, you have no idea why Bartandalus is doing this.  Hell I was arguing with my friend; who thought Bartandalus was just some Fal'Cie who wanted to kill people because that's what he does.  Until me and his brother had to explain to him about Etro and the door to the maker.  This is not good story telling AT ALL.  This is an example of what you do wrong in story telling.  You never had this issue in FFX because all the backstory was explained in dialogue or with that Maechen character, explaining every area and its backstory.  There's no encyclopedia for FFX because its not needed.  FF XIII's story doesn't make any sense without the datalogs.

Final Fantasy XIII's dialogue is atrocious.  Every character said the same shit over and over again right near to the end of the game.   FFX's dialogue, while started the anime trend, was well done.  Seeing Yuna break down a little past the midpoint of the game cause she didn't want to die, but kept on a facade to give strength to others, Wakka's character arc was amazing, going from the al bhed hater because of what happened to Chappu.  Lulu's involvement with Chappu and Wakka.  Auron's entire backstory.  Everything was actually written well.  The most development I saw in FFX happened at two parts of the game; Chapter 7 and 8 (Which was really well done).  That's two chapters out of 13.  And even then two of the 5 characters who get developed revert back (Hope freaking out on Pulse was stupid and out of no where considering what happened in Chapter 7 with his father).

I think it's funny there seems to be an overlap of the people who say FF13 was the worst (which it isn't) and the people who declare FFX as one of the best. Why? FF13 is panned by fans due in large part to its linear gameplay, but the thing is, FFX is the probably the second biggest offender of linear gameplay with an archaic battle system. Not to mention, FFX had the most disappointing final bosses ever conceived. At least FF13 took to evolving the ATB system, which is now amazing in Lightning Returns.