Well the Wii sold 181k as well. Let's assume the Wii will sell 1 million more lifetime, that would mean the PS3 would have to sell 5.3 mil per year for four years to reach the Wii. If we assume the current rate of 2.7 PS3's per Wii sold, that seems quite unrealistic. For it to happen the Wii would have to be discontinued (at the least) very soon in NA, but I'm not sure if Nintendo will do that considering its legs are still quite decent and their release of the Wii mini.

PS3 will outsell the Wii in a couple years. Wii will be discontinued early next year while PS3 will keep on selling for many years. My prediction: 105 milion

I think ps3 falls well short because the ps3 will decline in sales rapidly over the next 12 months just like the Wii did after Wii U came out. 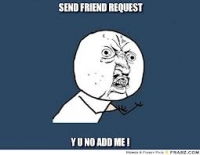 were i live there selling wii slims for 100$ and 2 free games.. and beside it xbox and ps3's are still going for 200$ i think wii is losing alot of money doing that dont u guyes??

And as every other hardware component the price of the Cell-CPU will have dropped quite a bit over the last years. And it will get even cheaper in the following years, don't you think?

A 20 Million console gap is nothing to sneeze at. PS3 will definitely eat up more percentage of market share over the coming years, but it won't be enough to pass the Wii's WW numbers.

Can someone clarify the wii was discontinued story ?

Because all I read was Wii being discontinued to favor the Wii Mini.

How expensive do you think it is to make a Wii? Nintendo never sells at a loss on old hardware, and rarely sells at a lost on even new hardware.