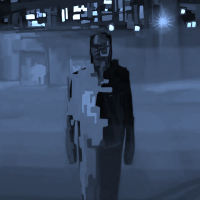 PS3 has a TON of life left in it, and I'm very curious to see where it ends up 5-6 years from now. This is a very interesting thought, and I wonder what perspective the gaming community will have by that point looking back at this thread.

Regardless of how likely it is that PS3 eventually wins, anything is possible.

I dunno if it will reach 100m time will tell.

I mean its time is over. it will keep selling but nowhere near as much as it did when it was cutting edge hardware with a constant stream of blockbuster software.

Mainstreamers helped ps360 to reach 80m they now are migrating to the new consoles. The ps3 will probably have legs in japan and "other" but japanese games are not the reason for the PS3 to sell the way it did.

As a Wii fan who sees this thread as a threat I will use my analyst skills (That I did not learn from any university) to determine if this is possible. I will compare PS3's sales to the PSP

Of course their would be people who think that I am totally wrong to compare PSP with PS3 and not the other two consoles or that the two have no similar patterns but hey maybe I am just a crazy person.

so what happens if trailing team scores so many "garbage time points", and ends up winning the game?

Which is the only truth.

I don't get where the Wii discontinued story comes from either. They've only replaced the original one with a simpler cheaper version in some regions. They also did this with the NES and the SNES and it no different than Sony and Microsoft replacing their consoles with the Slim versions. What this tells me is that the Wii won't be discontinued fully for another few years still at least, like they did with the NES and SNES.

Wii will end it's life at near 105m, and I don't think the PS3 will break 100m. Will it continue to chip away Wii's marketshare? Yes, but it's legs will still be a lot shorter compared to those of the PS1 and 2 because the generation has already lasted so long, this is the extra-time already, and because PS360 combined already beats PS2, meaning 'everybody' has their console.

7 years to reach 83 million (sales by the end of this year).

Not a good comparison to the PS3 situation, which got dozens of good games this year and will get dozens next year. Additionally the monthly PS+ titles will prolong the interest in the PS3.