Just commenting like everyone else to say how horrendous these numbers are.

They cut the wire a long time ago....

I think it will, quite shortly.

The problem is that you're being very, very selfish. I know I shouldn't bother talking to you about this, but it's so god damn hard to resist. Remember back in the mid 90's how Sony, Sega AND Nintendo could co-exist. It was a great time for being a gamer. Or this last gen when Wii catered to a whole different demographic than PS360. It's been a great time for all kind of gamers.

Your comments are sad in the sense that you want all gamers to play your kind of games. But looking at the whole picture, there's a lot more people who enjoy Mario more than ANY of Sony's franchises. I'm not saying that Mario games is better, but that far more people enjoy those kind of games rather than to games like UC, GoW of GT. Why would you want Nintendo to go out of business when they have innovated the industry on several separated occasions and cater to gamers that no other company does. This past gen has shown that several consoles can survive side by side, and still doing great.

And arguing that you're happy to see Nintendo is doing bad because you have money invested in Sony does not make sense. Sony's troubles is not within the game industry, but elsewhere. You should be happy if Samsung, or Apple is doing bad. Or if you're going to rejoice over Sony's gaming division, you should be happy when Sony posts a profit from the PS4 right out of the gate - but that would mean weaker hardware, and you'd still be bitter over that.

Your reasoning in this thread is god damn straight awful.

But not that you care about anything I'll say. You'll never change your mind. And that's a sad thing to see. You're missing out a lot of joy in the way you see the world.

Karma will hit you hard

It's pretty clear that the Wii U needs more than a kick-ass Direct show. We can't play promisses, as good as they might look. I think Nintendo needs to start a promotion right about yesterday or the U will hit rock bottom in about 2 weeks. How about getting a Wii U for free with every 3DS purchase? That should do the trick LOL

Yeah I know... I just had to make ONE comment directly to him...

I just directly translated what it's called from Icelandic. It outsold WiiU 2.86:1 this week. It's so close that it is basically 3:1 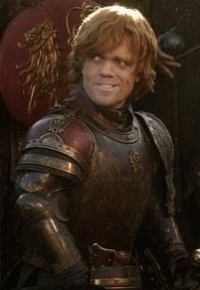 Although you were half joking (I'd gladly get two systems for $200 :p), I think you do bring up a good point.

As balls-to-the-wall as that Nintendo Direct was, proving that they're going all in...a lot of the games announced didn't even get solid release dates. Next-gen Zelda, Yoshi, X, Smash Bros 4, 3D Mario and Mario Kart all have the potential to push more units, but only after people have an idea as to when they're coming out.

I think there are a lot of people who have already bought the Wii U anticipating that stuff. It's not like they weren't coming out at all. I agree with Metallicube; we won't have a good sense of how the system is doing until people can actually play that stuff. 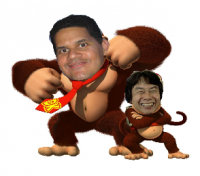 Im not sure why he hasnt got banned yet. He is running amuck in this thread wth the sole purpose of pissing off people. It baffle me that a person can stoop so low.