*Spoilers*
Final fantasy 6 (3 US) hands down is my favorite final fantasy game.  I didnt know a game existed that could have effected me at age 12 when i first started playing but there are just soo good many parts, and some extremely sad ones, in an era where graphics were not king, it was music and the image of the moment that really set the game.

Replaying FFIX right now for the first time in 10 years, awesome game, I'm on the 3rd disk now, one more to go.

I think FF-FFVI and FFVII-FFX-2 are pretty much different eras as well.

Personally I'm a fan of IV/V/VI and IX. Haven't played much of X though. I also found FFVII to be a huge bore with lame characters and godawful graphics.

Good for you Wagram.

Gilga, you and Leatherhat are both replaying it at the same time, it can't be a coincidence. Any more of you also relieving some of these jewels lately? For me it was FFIV DS just last summer, I really enjoyed FFIV all over again.

Those are awesome examples. That's the kind of scene that makes these classics so memorable, kind of like the one I showed Wiibox3 of the King and Queen of Eblan.

everybody who has my 3ds code knows I spam swapnote with FFVI drawings... I really love that game, the characters, the setting, the music... Amano´s art is just amazing, I really wish he is given the chance to create a game trying to keep his art as close to his drawings as possible.

One of the best game openings ever: 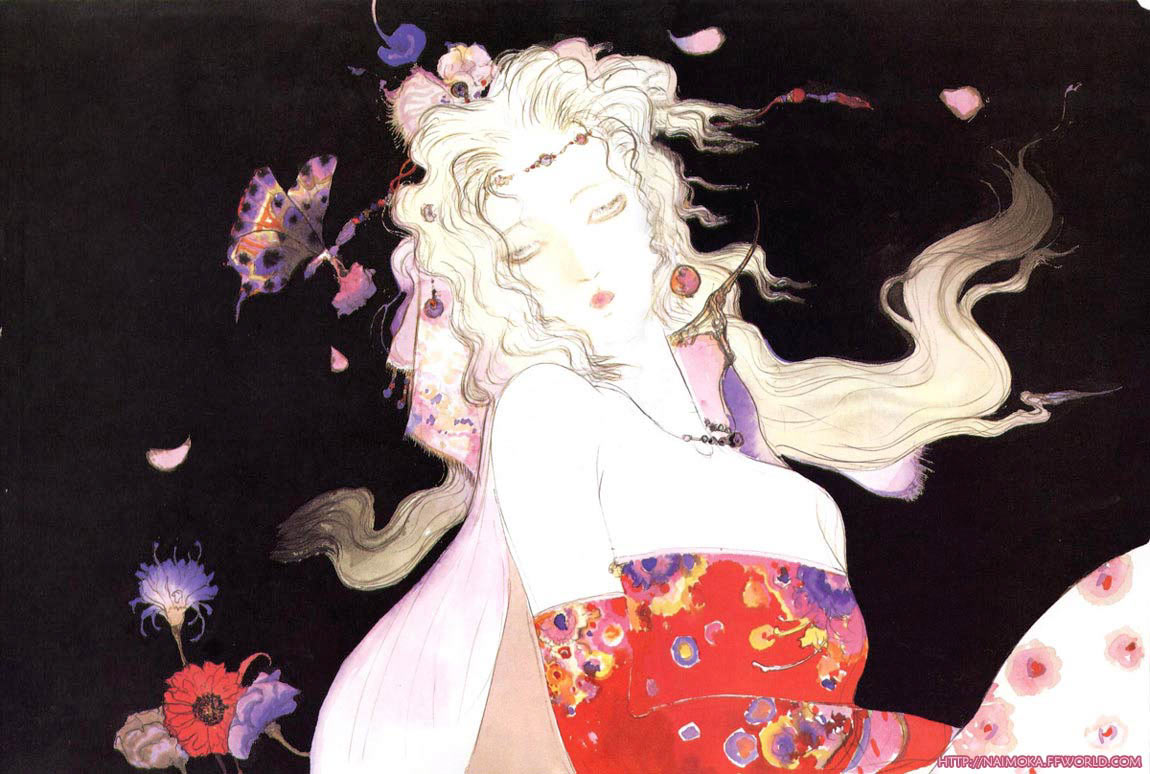 Oh this thread could become my home...

To let in a little bit of insight to why I hate Final Fantasy XIII and its sequel XIII-2 so much:

What I'm trying to say here is that I've adored every final fantasy I've played, barring XIII and its sequel XIII-2. I rarely give scores 9 and above, but for comparison's sake:

For the record, I didn't much care for III, as I only played it on the DS and I thought the graphics were hideous and I found it really ruined the feel of the game...which is weird because graphics are in my opinion the least important thing in a game.

Still working on Final Fantasy V for the first time, but am finding I don't have the time in between all the other games. I hear it's really good, though.

I refuse to play MMORPG's, so XI and XIV are out.

So I suppose you can now understand why I am so disappointed when I hated Final Fantasy XIII. Here are the scores I personally give them:

I cite the lack of control in combat, extreme linearity (in XIII), poor plot and characters, as well as a criminally lacking number of side quests (in XIII) as the justifications. XIII-2 was much better, and overall a somewhat positive experience, but still marred by poor storytelling, boring characters, a shitty ending, and a mostly fixed but still fundamentally flawed battle system.

I've played and own pretty much all of the Final Fantasy games.

The only ones I havent owned/played are:


But ya I've played and beaten all of these FF games:

I've also made a LP (and still uploading at this moment) of a LP of Final Fantasy III (VI) for the SNES: http://www.youtube.com/playlist?list=PL97FED01F60B96BCB