There is so much music out there nowadays, being produced at a rate that just keeps growing. The down side is that it's really hard to find the best music and bands to look out for, but if you can find them, there is plenty of amazing music in any genre, including genres you probably have never heard.

I mainly stick to classic rock, rock, reggae and alternative now since the rap scene has died since 2Pac era and Pimp C was the last notable rapper to die.

I just copied and pasted most of the bands I listed in my profile.  What I really want is something that sounds like classic rock.  It just seemed that classic rock songs actually flowed nice and sounded nice than the mess we have now.

Yeah its not as good but at least there's some:

Pearl Jam, Foo Fighters, Blink 182, Linkin Park are all from the 90s...  While they are making music still they probably aren't on the top of their game.  I enjoyed Foo Fighters first 2 cds but it seems like they even went down hill.  Most bands from the 90s (311, Pearl Jam, Smashing Pumpkins, etc..) went soft and I am not talking about the good soft which is in a lot of classic rock (basically most bands from the 90s that are still around have shown a drop in their quality).

to be honest its because all of us even if our tastes were different we all watched tv back then, indie, oldies , pop, punk, girly, teen, world.....ect ect , they all had their fair share of airing, but now everyone is using the internet differently so the only thing on tv is captalism stuff, most of it , is just companies trying to advertize stuff, "Selling out" means a lot more nowadays than it did a couple of years ago.

I feel ya. A lot of crap on the radio that sucks But here are some new bands you can check out or even may have heard of .  If you want me to update, I can. I went throught the same stage as you. I had to look for new sh-t and I found some good bands. I can't stand most rap and most new commercial music is crap.

Theres a new Alice Cooper song out that reminds me of the good oldies. The track name is Hello Hooray!

Florence and the machine- howl

Empire of the sun - Walking on a dreams

Silversun Pickups - Panic Switch ( this has been on the radio but good).

Pin Back - Good to sea

THese bands have other songs that are good but I just put up ones that I pulled up on my phone .  Hope I  can help. I run a produciton company and listen to a lot of house. So if you want some of that I can put it up.

While I agree that it seems that the quality has droped, I think is just the cheer amount of music produced and made avaible, wich makes the industry focus on the common denominator, wich is usually of poor quality and comercial.
BTW, is not that music is produced for youngsters, cause that was the case since Elvis and chuck berry, is just that the ideals and goals in life are different nowdays. thats my two cents.

Ah, Seth has an amzing taste IMO, congrats, cause you pratically posted my fav bands, starting with Floyd.

The best Rock song  in the last 15 Years comes from Lady Gaga. 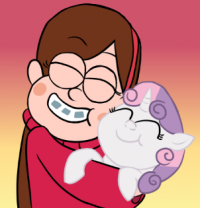 i'm more tempted to say you just have horrible taste in music. There have been plenty of great songs from the 2000s that I have loved

Most music sucked before the 2000s as well. Most things just suck.