Forums - Nintendo Discussion - Breath of the Wild - Recovery from the Experience

While perusing articles around the internet, I came across an interesting take of someone who, three years later, is still struggling with the rewiring of the brain they got when they played Breath of the Wild.

For those who have played it, Breath of the Wild is an open-world adventure game, but at the same time, it feels very different than anything before it. It's like Nintendo heard some things about open-world games, and then developed what they thought an open-world game is, ignoring many of the rules that generally bog down the genre after decades of development.

But for me, it's not so much open-world games - as I see Witcher 3 as a very different type of game, closer to something like Final Fantasy 6's World of Ruin expanded by like 40-60X... and more openness regarding characters and such. I see Breath of the Wild as much more of a Zelda game than your traditional open-world game. Still, it went back to the NES era drawing board and re-wrote the rules for what a 3D Zelda was going to be, in many ways achieving the dreams of those Zelda fans from the 1990s who wondered what a 3D Zelda game would be like.

Ocarina of Time set up some rules, and I thought I loved it; it wasn't what I thought Zelda would be. I recall years ago writing on a site called Nintendojo about why I anticipated Zelda 64 so much. It was about a vast world to explore. Someone else (I think Peer, who you guys might know of IGN fame) wrote about staring down at the world from the top of Mount Doom, and that expectation added to my experience. Being able to go everywhere you could see in Hyrule was a big appeal. But we got Ocarina of Time, and like most Zelda fans, I fell in love with the game.

Then comes along Breath of the Wild, and I got not only the dream experience I wanted from 20 years earlier but also something that made me reflect on Ocarina of Time... and if I liked it at all. I played Zelda 1-2, LttP, and then Ocarina of Time again. The first three games were the same experience I always had, but Ocarina of Time was what had changed. The nit-pick I had about using guides to find keys or puzzles that were hidden turned into massive game-breaking issues - since that level of frustration broke the emersion for me as I had to look through some FAQ to figure out that some clump was bombable. Breath of the Wild, ironically, has WAY more hidden stuff than Ocarina of Time (hundreds of times more), but it's not on the critical path, and therefore isn't a cause for frustration.

The way I see Ocarina of Time now is like a schoolboy crush. You think you might be in love with this girl, the BEST thing that could ever be. But then you grow up. After years of experience beyond school, meeting women living independent lives that work with your independent life, with personalities that compliment you, and the attraction is not just a one-way thing but a mutual element of a much more complex relationship, you find that love is something far more significant than a schoolboy crush. Then perhaps, at a reunion, you meet that schoolboy crush again, and she's changed, grown into much more of a person, but the elements you thought you loved about her are still there... and yet, you see that the whole package is not all that interesting.

Another analogy from my life experience - And I expect others will have different experiences - are old Disney films. It's like Disney's Aladdin, 101 Dalmatians, Robin Hood, and Sword in the Stone - I loved those films, but going back to them, only 101 Dalmatians brought me that warm feeling I used to get from any of these four films. It was because of the cynical nature of the protagonist, and yet his dedication to his dogs (bringing that one puppy back to life still gets to me)... the over-the-top antics of Cruella and the humour at her expense. Yet, Aladdin, Robin Hood, and Sword in the Stone I found barely watchable - I liked them as a kid because I love medieval stuff. But today, films like Sunset Boulevard and Vertigo (Both of which I haaaaated as a kid) are now among my favourites.

Ocarina of Time is my schoolboy crush, but Breath of the Wild represents something closer to love for me. You might say the game has re-wired my brain in a way that I'm now incapable of really appreciating Ocarina of Time in the way I used to. Which is both sad and happy, I suppose.

"3 years on, I'm still recovering from Breath of the Wild

It's been three long years since The Legend of Zelda: Breath of the Wild rewired the connections inside my brain.

Sure, in the time since its release I've played other games, I might have even enjoyed some of those games. But every single one of them have been filtered through the earth-shattering prism that is Nintendo's Breath of the Wild. And trust me, it's not a flattering light.

Anyone else experience something similar with Breath of the Wild?

It's the freedom in approach that is hard to move on from one common problem is you'll play other games after where you wish you simply could just climb over the wall or improvise an unintended solution to a puzzle etc...

Exactly. Some people say Breath of the Wild is not great, let alone a masterpiece, due to repetitive combat and a barren open world without memorable NPCs. To me, the magic of Breath of the Wild is the journey. When I play other open-world games, I tend to want to get right to where I need to go. I don't care much about what's on the way, at least not when a quest is active. But I immersed myself a lot into Hyrule. I enjoy running and climbing into new areas, and looking at the vast land ahead of me.

This is why I'm a bit afraid of what Metroid Prime 4 will bring. The medium has been so elevated that even a once nearly perfect game like the Prime series could seem stale and stuck in the past unless something major gets overhauled in scope and structure. Of course, I might just be comparing apples to oranges with this one and the cramped, and mostly closed world of Metroid will still fill new and fresh with graphical upgrades and cool new gadgets/visors. By the same token, though, can Zelda go back to a design akin to Ocarina of Time at this point? Will Zelda fans clamor for a Breath of the Wild Sequel Sequel, or will they want a return to the old school Zelda after two full helpings of open air gaming?

I’ve never been able to get into breath of the wild... maybe I’ll give it another shot next summer...

How far did you get into during your first attempt?

Can you overdose on hyperbole? Asking for a friend. 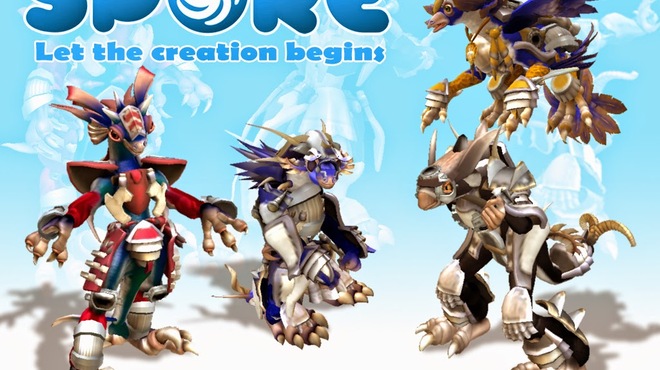 I started and finished Breath of the Wild only a few months ago. The experience is still fairly fresh in my mind. I have completed 7 other games since then. In relation to BOTW what I feel is relief. Thank God my weapons aren't breaking every five fucking minutes!

I loved Breath of the Wild. If they just put better dungeons in the next game, that game will be damn near perfect.