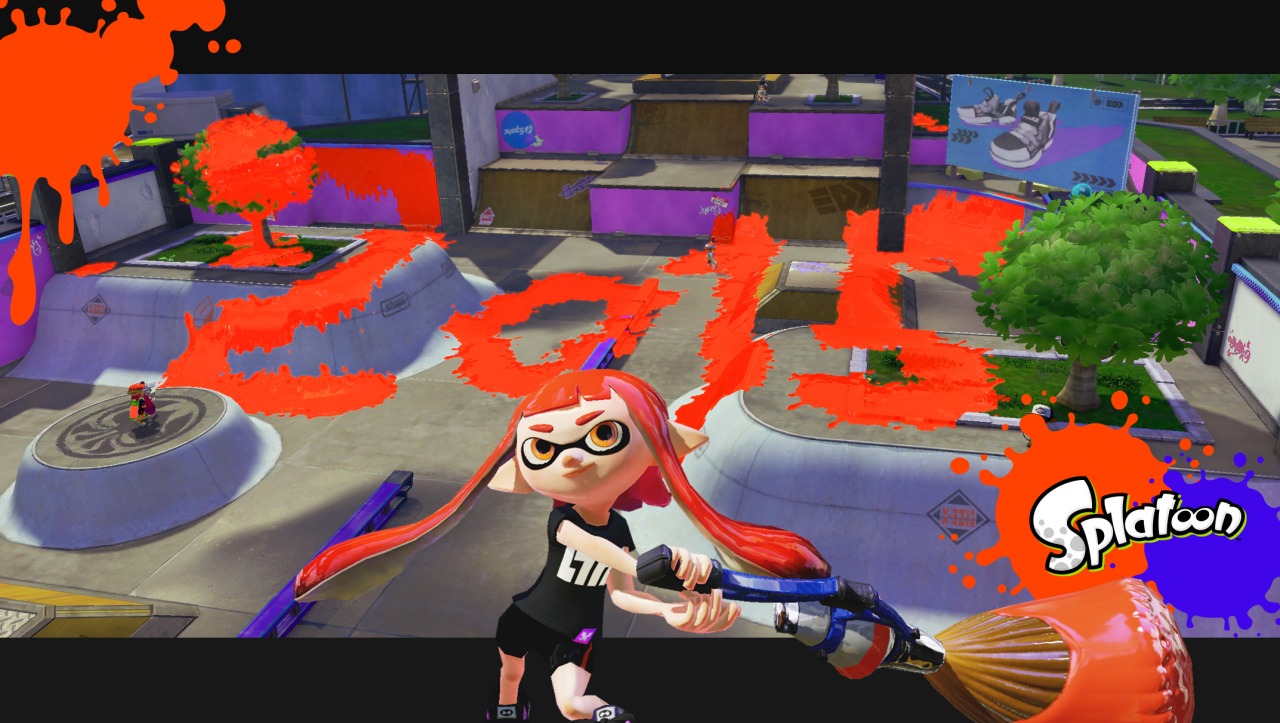 -Team made up of lots of staff that worked on Wii U launch titles. Once they’d grasped the hardware, they wanted to create something innovative.-Working on a local multiplayer mode in addition to online and Hero Mode-Hero mode is predominantly a 3D platformer with heavy emphasis on human-squid transformations-Random matching is done world wide, game tries to place you with players close to your skill level based on ratings-Tried implementing a system whereby you could give orders to your team mates, but battles were too quick and hectic for them to be effective so they got rid of the feature-Game won’t use CPU fighters; only once 8 human players have been found will a match start-Having multiple modes with random matching would limit the number of players per mode, so all the focus is on the 4 vs. 4 for that-No communication with players you are matched with-They didn’t think of using Bloopers when they decided on squids (they apparently forgot they existed)-No money can be earned in Hero Mode. Your points, as displayed at the end of the match, are turned into money and experience points.-A lot of the music is written by Tooru Minegishi (who has worked on Zelda, Animal Crossing, and Super Mario)

I bolded the gems. Have fun.

i feel like that one is an even bigger deal.

This does look like a possible gem, but I'm worried about the lack of CPU fighters, if only because I enjoy playing against bots every so often.

That said, the 4v4 focus and worldwide matchmaking sound like solid decisions and the lack of communications is justified by the speed of action, so it looks like more decisions are good ones than not so far.

I dunno how to feel about the news on this. The bolded parts seem kinda bad...

i think you need to expand that thought because in all my time playing multiplayer i never...

Doesn't bother me as I never use voice chat. Confirmation of local MP is a much bigger nugget in my eyes.

But really, how much a loss no-voice chat is depends on the length of the matched re voice chat. If they're less than 5 minutes, it's not worth it really. What would be nice though would be team lobby chat, with touchscreen map support, so you can plan your game beforehand. That would make a lot of sense and would give a nice spin on strategizing as you'd have to make a plan and either stick to it or watch it fall a part under the pressure of a foe.

Lack of bots is slightly irritating, as I don't mind the odd bot fight. Could be that they struggled to create an AI that took full advantage of the gameplay possibilities, or even that the amount of fluid to keep track of uses too much of the Wii U's CPU to make decent AI viable.

I wonder if voice chat will be allowed for friend matches?