They need to re think their strategy. I am hoping that by that time, they will notice how important exclusives are. 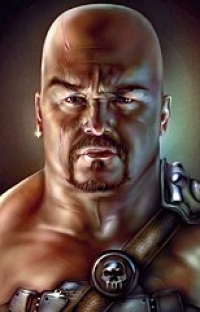 PS5 launch probably in late 2020. Next Xbox is harder to predict. I bet on 2021 (most powerful console with Game Pass and full backward compatibility).

The arguments following that statement were my evidence. I'm not speaking for them, just predicting what they'll do in the future.

They cant, they gotta drop a bombshell this is their oppertunity to get the success back they had last gen. They need to pull out all stops with that I mean appeal to all audiences. Get Rare on a platformer, make a second killer instinct new halo, new gear, new Crackdown whatever it takes. They are really far behind this generation I really hope they recover before playstation officialy unveils a PS5.

I don't think they will personally, I'm expecting both to release Holiday 2020. Launching later just to get better specs seems like a mistake, it's usually the cheaper console that wins, not the more powerful console. PS4 was the exception to that rule, mainly because MS shot themselves in the foot at the start of the gen.

I think people underestimate how fucked the Xbox one release was. Most European countries didnt have it for a few months. Getting one was a fucking hassle. Then you had the Kinect bullshit making the console more expensive then the PS4. Dead rising 3 was the big opener with it but hardcore Dead rising fans hated it so its hottest release got a ton of backlash (I personally thought the game was fine not as good as 1 or 2 but fine) It was just a huge mess all around.

Both? You don't shit out money.

Although Wii was huge, I see sony as the leader since ps1.

2. MS is exiting the console business as we know it. They no longer believe in generations and are seemingly turning Xbox into a PC subdivision of sorts.

3. Where are the Xbox exclusives?

4. MS' s first parties reputation is rapidly falling. Sony has 5, and soon 6, IPs that are bigger than MS' biggest, 343 Industries Halo, a series that is suffering a Spyro/Crash-esque decline.

5. VR, which Sony is the current leader of, is the future of games with a first person perspective. No, it isnt another glorified Eye Toy.

6. PS4's lead over competitors is oddly similar to PS1's.

7. Xbox isn't nearly as important to Microsoft as Plastation is to Sony.

If u think the sum of the above amounts to nothing, then I really don't know what else to tell you!

Yes but can PSNow compete with MS's infrastructure worth over $15billion dollars? Yes its not all for gaming however last time I checked Gaikai cost Sony $380million.. that's a considerable difference in pricing. That's a huge chunk out of Sony's pocket if they dare to invest similar to Azure.

Maybe in the next few years Cloud services might become cheaper for Sony to invest heavy into it or they might just rent out Amazons services.. or Azure for laughs etc.