Man. The GameCube was beaten 100:1 by the PS2 on their seventh year. The poor little thing.

Also, I would guess the Wii U's sales pattern to be closer to the first Xbox than the GameCube when all is said and done.

Maybe even the X360 if Nintendo is exceptionally lucky and plays all their cards the right way.

This is just flat out false.

Even when comparing GameCube's 2003 to Wii U's 2014 (the equivalent year), GameCube is soundly beating the Wii U. Nintendo just had to stop shipments of GameCube because they overshipped massively in late 2002, that's why shipments slowed to 80k for a quarter in 2003.

Yeah, it was pretty sad. I was in my early 20's and owned all three. I enjoyed the system but if you even so much as uttered the word Gamecube online or while playing online, that was the end of your evening lol.

It's funny to watch the early 20 somethings now recall the Gamecube as being the be all, end all because they were little kids at the time and thus, don't have a clue as to what was really going on. The WW epitomizes this perfectly. 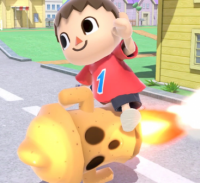 Wow it sold REALLY bad in that quarter, seriously it only did about 6k a week

Those are shipment figures. While we only have actual sales figures for the GameCube in the U.S. and Japan, it should give us a good indication of relative performance globally, what with America and Japan making up the vast majority of Nintendo's sales. In Q2 of 2003, the GameCube sold 310k units in the U.S. and 105k in Japan. Meanwhile, in Q2 of this year the Wii U sold 249k in the U.S. and 122k in Japan. So, the Wii U did a little worse than the GC in the U.S. and a little better in Japan. It certainly wasn't anything like what the shipment data indicates. The Wii U is doing better, but it's still trailing behind the GameCube. It's possibly that it could keep improving, perhaps sufficiently enough to match the GameCube, but at this point I think 20 million lifetime is a more reasonable estimate. Had it retained sufficient momentum after its relatively strong performance in Q4 of last year, I would be more willing to think it could reach or exceed 25 million, but it didn't, and momentum seems to be a hard thing for the Wii U to build and sustain. If has a very good shot at having another strong holiday quarter this year, but I guess we'll find out this coming winter if it can finally start retaining decent momentum.

The reason why there was so much GCN inventory is because Nintendo massively overshipped for holiday 02 and 2003.

They bet the farm on Super Mario Sunshine, Metroid Prime, and Zelda: Wind Waker igniting sales, and while they provided boosts, the boosts were in the long term no where near what Nintendo expected.

As a result retailers got stuck with a ton of unsold GCN inventory which meant that Nintendo had to halt orders for a short while.

You may be right, but I still love the GC because it still has my favorite F-Zero, Paper Mario, Metroid, Smash Bros and Zelda games.. Keep in mind that I also grew up a bit with the SNES ( Mario World was the first video game I've ever played) and the N64..

So what you're saying is that it's not false at all. Lies, damned lied, and statistics, eh? No the OP mentions the number as sales while it was shipped. Gamecube hade large stock and it sold comparable to the Wii-U in the U.S. and Japan. However that's with Mario Kart launch for Wii-U, a game that was released at the end of 2003 for Gamecube.