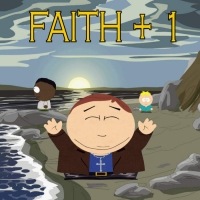 I thought that the biggets comeback in gaming history was the wii. since nintendo was down with the gamecube and previous n64

A $100 price cut for the PS3 wouldn't be enough to make that big of a turnaround.  It would compete with the 360 for yearly sales, but it wouldn't pass the 360's installed base.  The Playstation name has just lost too much of its appeal.

Wow ... should really be in the sony forum judging by the opening OP.

All platforms to get 8+ AAA games this year.

Meh, it isn't that bad. I mean, your predictions for next year, are

So the difference is, he predicts Wii will not sell completely out (4M less than production) while you predict a production increase. Then you're a fair amount pro X360, he is slightly pro Ps3.

As for the rest, I think he simply states about what he knows. He doesn't know as much about Wii/X360 games as he does about Ps3 games. Why should he predict for the Wii/360 games then? They will be guesswork, and nothing more.

It's a decent OP.

The only plausible thing is 32 million PS3s by the end of next year.

PS3 will probably end this year with 12 mln. YTD.
Stating, that PS3 will sell less or same in 2009 = hater.
Even though, it will be full crisis year, yet too many great games will be released during this time, not to mention, that pricecut or slim version is possible for 2009.
+ Remember FFXIII release in Japan, with this PS3 will do much better in Japan and if GT5 will be released, this too will help a lot. =)

PS3 sales will slow considerably in the Jan-March qrt this year - then get a real boost from April-Dec. Sony will release an updated PS3 model, which is "cheaper" but will also have "less features". They will also NOT cut the price of the PS3, but start bundling more with it (i.e. GT5?).

GT5 will be released in fiscal '09, and will end up being the best seller on the PS3.

MS will heavily promote the GTA DLC, and GTA sales on the 360 will make a significant increase.

Wii Sports:Resort - will be easily the biggest seller of '09, and may smash all sales records (as long as its not supply constrained, which it may be).

WiiFit will be the #2nd biggest seller in '09, selling another 10m copies (or close). Nintendo may cut the price, or start releasing WiiFit / Wii bundles.

An original GTA will be announced for the Wii.

An original Final Fantasy will be announced for the Wii (probably another FFXIII spin-off).

Kingdom Hearts will be announced for the Wii in '09.

Mass Effect II will remain a 360 exclusive - timed at least.

Assassins Creed II will be pretty awesome, and be a Xmas title.

Nintendo will have at least one "out of the blue" surprise for everyone - and it may be a Wii Pokemon title.

We'll see, we'll see. At least I'm not as bad as CrazzyMan!