Forums - General Discussion - The post when you're high thread.

I have taken high baths. So relaxing. Once in a while I'll take my bowl and smoke in the tub. Now I just need bubbles.

Finally got around to watching DBSuper Broly. And it is an amazing movie to watch while high. Just the right amount of complexity to keep me engaged without having to be super attentive. Lots of bright colors and explosions. Best of the Dragon Ball movies.

I haven't smoked in like a couple of weeks since I've been busy. So, I just took a few hits. And god damn my tolerance went down fast. Nice because it's a really good high, but I had work I needed to do XD.

Currently I'm on Harry Potter three and I noticed three things that I never saw before:

1) Still in present time Lupin as werewolf is howled away by Hermine. And then immediately Sirius in dog-form rolls off the cliff to the shore. And then the dementors start attacking. But when they come back to this situation, Hermine is howling lupin down, than they run away an eternity, than they get saved by the griffin. And than way later Harry sees what happens on the other side of the lake. One takes some seconds. The other version takes many minutes.

2) Sirius and Lupin go about this the worst possible way. Why, if Lupin knows that the Rat is Peter, why does he agree to the insane plan to let Sirius in dog-form drag Ron away to this weird house? Could he as a teacher not at any point say to Ron: I believe your rat is not what it seems, hand it over immediately. And than everything would have been way better - no need for the time travel stuff. And Peter would have been captured and could not have helped Voldemort to come back in part 4. For real - nobody forces Sirius and Lupin to attack at that moment at that day - A DAY WITH A FULL MOON! How could they not think about that beforhand?

3) Why is Sirius already in the tower waiting for Harry and Hermine's arrival, when they fly straight away from him still lying unconscious at the lake shore? They would be way too fast. 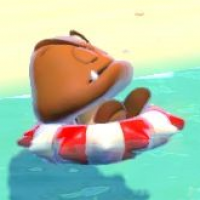 Yeah, when I go a couple of weeks without smoking it's like my first time all over again - if you smoke the kine bud, anyway.

The french school girls walk in and there are immediate ass shots for them. I am not specifically conplaining, but it is a tad weird, right? Sexy ass shots from underaged school girls is not what you typically see in a family movie. 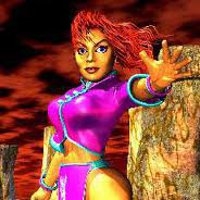 pm me with any other suggestions

Everyone needs to play Lost Odyssey! Any opposition to this and I will have to just say, "If it's a fight you want, you got it!"

Well, it makes sense that the young boys would be entranced by underage butts. And, if you were also arroused by the butts, it's probably fine. As far as I could tell, all of the girls in the scene were over 18 in real life, and most over 20.

Might be my favourite high song of all time. Almost died laughing! It's awesome! :D
Warning! Despite the 4:20 time it says on the video, the song's well over 20 minutes long.

I stand by Korn to this day. I don't remember a 20 minute version of blind though... There is a secret track at the end so one of the tracks is really long but mostly dead silence. You sure you're not getting some wires crossed?

Law and Order Cyber crime unit is actually watchable while high. Anything is of course, apart from Netflix with it's 1% 2% 3% never loading in the evening grrr.

Watch MacGruber while high, it starts with an epic song.