Depends. It has gyro controls and portability, two things that can make a world of a difference to many people. Specially among console players, which unless they play it on Switch... They have none of those.

Of course, it's visually the worst version available and it's not as fluid as the other versions due to a lower framerate. But I wouldn't flat out say that it's the worst way to play the game. It has its shortcomings, but it also has its benefits compared to other platforms.

It is the worst way to play.

PC has portability covered. But don't take my word for it. 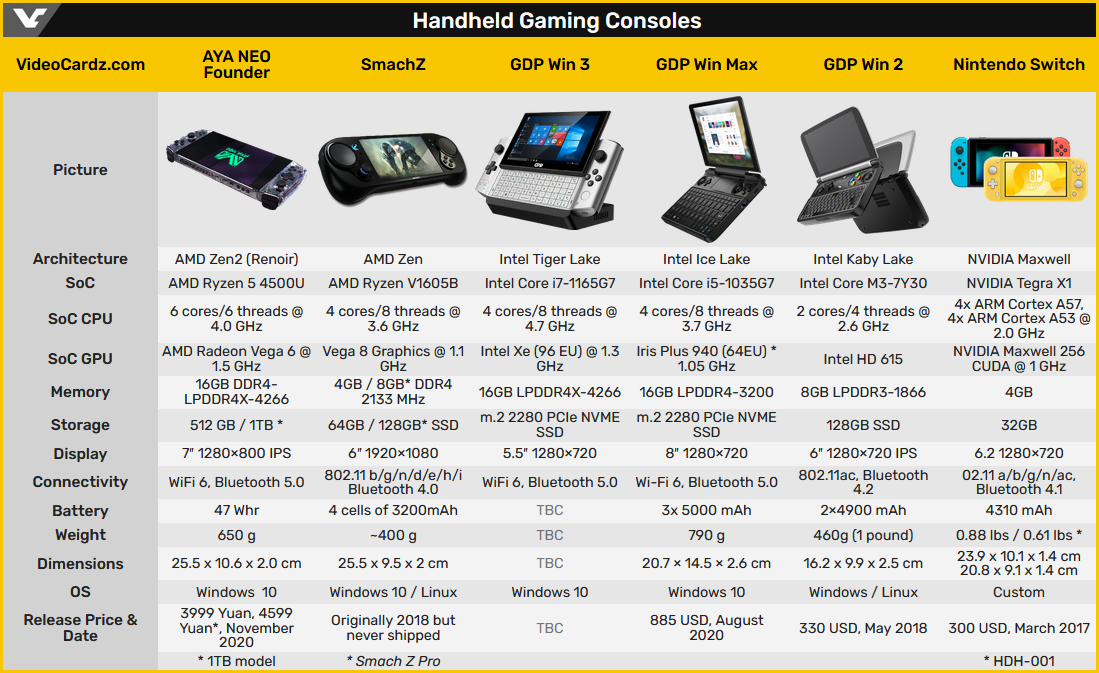 Gyro controls are found on other platforms also.

Some will run it better than Switch, but wouldn't others also be worse? I mean, I'm pretty sure Switch offers a better experience than my ancient potato of a laptop that's starting to struggle having more than three internet tabs working at once haha.

Correct. The GDP Win. (The original from 2016) would certainly run it inferior to the Switch, because it wouldn't run it at all, but it's also older than the Switch, but was never meant to seriously be a AAA gaming device, more emulation/older games/xbox 360 console ports.
But anyone who owns such a device wouldn't be using it to run Doom Eternal... The later variants are targeting AAA gaming.

The PC isn't some black and white thing, it encompasses a myriad of form factors, performance, price-points, TDP's and generations.

But there are devices out there that would absolutely outperform the Switch as a handheld, we need to remember that when the Switch launched it wasn't using the latest technology available on the market, not to mention it was severely underclocked as well which compounded matters.
Time is never kind to low-end or mobile technology.

Credit where credit is due though, Nintendo gets some fantastic results from the device.

Oh I agree, that's kinda what I meant, that because of the broad range of hardware out there, while you can definitely find better ways to play, I personally don't think I'd say the Switch is definitively the worst as I'm sure I can imagine less optimal ones especially when considering personal preferences.

It's definitely the least performant mainstream way to play. For a lot of players though I can see it coming down to the classic tradeoff of "do I want to play it in better graphics on PS4, or on the go/with gyro aiming on Switch?"

Even if I had a PS4/PS5/Xbox One/Xbox Series I personally would probably still grab it on Switch for the gyro, just as I bought the 7th gen COD games on Wii even though I owned an Xbox 360, because I loved Wii remote aiming.

That's why I said "specially on consoles". Obviously PC (and those "portable consoles") has the widest range of options one can imagine, from controls and graphics to portability and everything else in between. But PS4/5 and Xbox One/Series X are also platforms were you can play DOOM Eternal and they don't have access to gyro controls or portability*, and thus the Switch has some advantages other platforms don't have (although admittedly it also has some disadvantages).

*PS4 has remote play with PS Vita and Xbox has XCloud, but both options have many things holding back the portability, being internet connection, lack of certain buttons or input lag.

Anyway, the point is... it's inaccurate to say that the Switch version is the worst way to play DOOM Eternal period. PC will obviously come on the top, but when discussing actual videogame consoles (as in... actual dedicated platforms), some people would definetly trade the cuts in graphics and performance for the portability and better more accurate and responsive controls.

The Win 2 sounds like a huge upgrade, but it’ll have to be in order to justify the price. Right now GPD is taking orders on Indiegogo for $649 — $250 more than the original model, which often sells for less — and even this launch price is said to be knocked down 27 percent from $899.

There are a ton of reasons that someone would choose a Switch for portable gaming over any of those.

When I say the Switch version is the worst version to play... I am talking from a technical aspect and so is digital foundry.

It has the worst graphics, worst framerates, worst audio quality... And for me (as this is personal preference) worst controls.
The Joycons really aren't great for my man-hands. (Which is why my Switch never leaves the dock and I use a Pro controller.)

But again, this isn't a dog against the Nintendo Switch, it's an absolutely fantastic port and more ports need to meet this quality bar... I can't say enough of how much of an achievement it is porting the game over with this level of fidelity for that particular hardware.

But I have always felt, even going back in the 90's, that Doom needs to be 60fps minimum... Heck, I would argue that for any game made by id Software whether it was Quake, Doom, Rage, Wolfenstein or whatever, they all tend to require twitch reflexes and fluid movement. - Thus 60fps at a minimum. - 120hz, 144hz, 180hz, 200hz, 240hz or more is the best way to play.

Those titles aren't like an elder scrolls game where the gameplay  is much slower paced and can be perfectly fine with 30fps.

You are making it sound as if I am deceiving people when the image clearly shows all that.

The AYA NEO recently launched with a founders edition that can be bought and used, that is the most powerful handheld gaming device at the moment.
As for price, the argument was never about price, it was about the best place to play the game... And the Switch isn't that.

If you wish to move the goal post and change the argument into something else... Probably won't work with me.
Last edited by Pemalite - on 19 January 2021

Maybe it's because english is not my first language and I may be missing something... but I would say that writting "The Switch is the worst place to play DOOM Eternal" and then proceed to engage in an argument with me about controls and portability doesn't make it look like you were only talking about the technical aspects of the game. It strucks as contradictory to me.

Outside of Nintendo themselves and maybe Shinen, I doubt any dev knows the Switch hardware inside out as well as Panic Button do at this point.

Back in 2017 when they announced Doom 2016, it seemed impossible that a high end AAA PS4/Xbone game could be brought to the Switch in a recognizable and playable state, but they defied expectations and pulled it off. Then came the even more demanding Wolfenstein II and Wolfenstein Youngblood, with Rocket League and Warframe thrown in for good measure.

According to PB, when they first applied all their previous Switch optimizations to Doom Eternal, it still ran as poorly as Doom 2016 did without those optimizations. By now they must've squeezed just about every drop of juice form the Tegra X1. Then again who knows, maybe they'll shock us all over again with an even more ambitious port next.