Oh! Well if it's any help, i haven't noticed it before

Switch 5:1 over PS4 and Xbone combined.
No November numbers for PS5 and Xbox Series? I thought we had the numbers up to Nov 28th, the last week ending last month?

The tortoise is closing in on the hare. 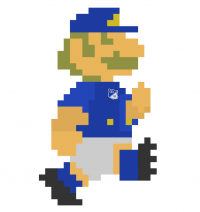