Switch vs PS4 vs Xbox One Global Lifetime Sales - November 2020 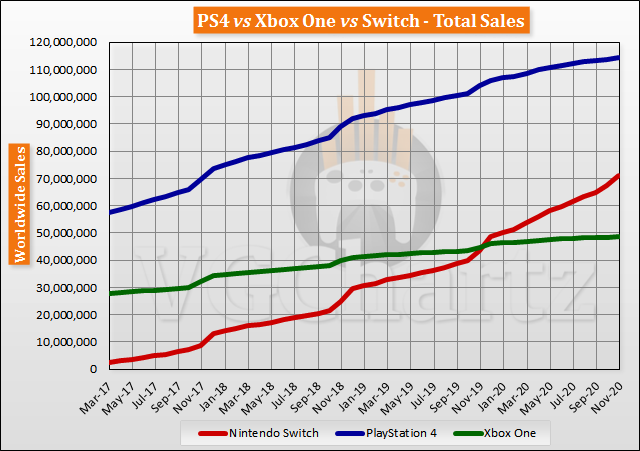 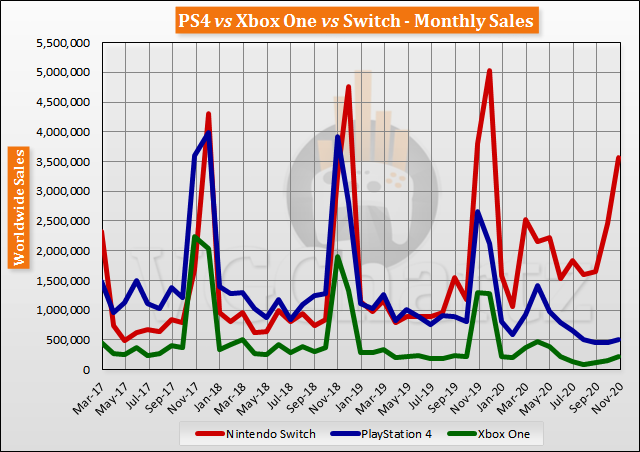 Looking at the marketshare, the Switch managed to achieve 82.8 percent of the monthly sales. The PlayStation 4 accounted for 11.9 percent of the consoles sold, and the Xbox One 5.3 percent.

If the PS4 numbers for November are correct, then Sony's console isn't even getting one last holiday boost.

Whooooops. I guess I've forgotten to keep updating that for past bunch of months.

Oh! Well if it's any help, i haven't noticed it before

Switch 5:1 over PS4 and Xbone combined.
No November numbers for PS5 and Xbox Series? I thought we had the numbers up to Nov 28th, the last week ending last month?

That is just a comparison article I've been doing for years. Originally it was Wii U instead of Switch before I changed it. I'm thinking of swapping out the last-gen consoles with the new ones for the next month's round of "Gap Charts." I'm already making two weekly articles based on the latest hardware. The weekly breakdown and a sales comparison chart.

I'll be adding new articles after we have the first two months of sales of the PS5 and Xbox Series X|S. My ideas for new "Gap Charts" are the following:

Though I am thinking of writing weekly articles aligning the launches of the Switch, PS5, and Xbox Series X|S to showcase the weekly sales until I do the monthly ones.

and why not include legacy consoles comparison with PS5 and XBXS such as wii, ds, and 360

I could do those as well. I don't like posting more than one of these per day, so it depends on how many total "Gap Charts" articles we have with the ones I am already doing plus the ones I posted above. I can go through the ones I have been doing and remove the ones that are clearly done. Taking a quick look, there are 16 I did for October. 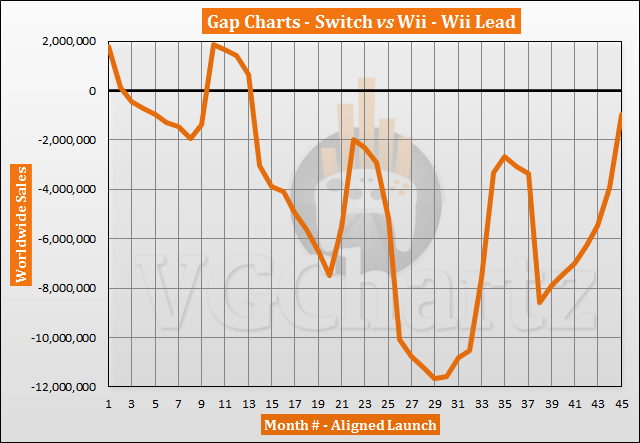 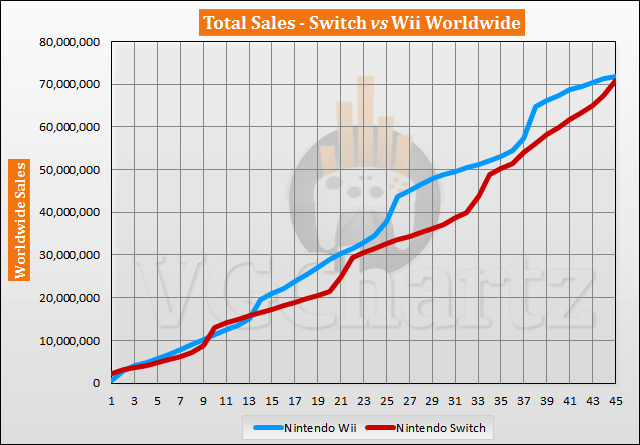 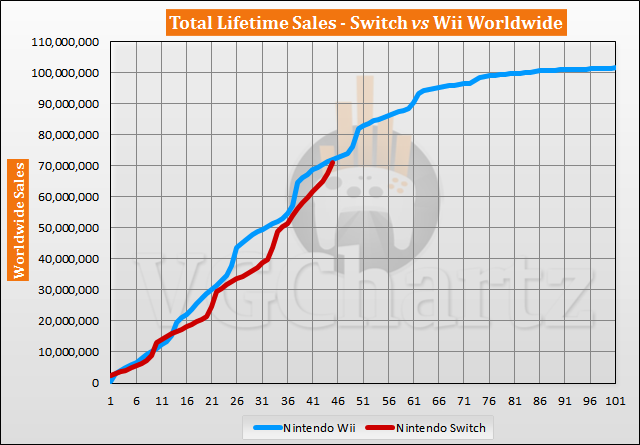 The 45th month for the Nintendo Switch is November 2020 and for the Wii it is July 2010. The Switch has sold 70.92 million units, while the Wii sold 71.87 million units during the same timeframe. The Wii sold current Switch sales in month 44.

The Wii sold 101.63 million units worldwide during its lifetime. The Switch needs to sell another 30.71 million units to outsell the Wii.