Forums - Nintendo Discussion - I've got all 4 FIFA games for Switch, am I a bad person? EDIT: now 5

Yeah, I've got them all. 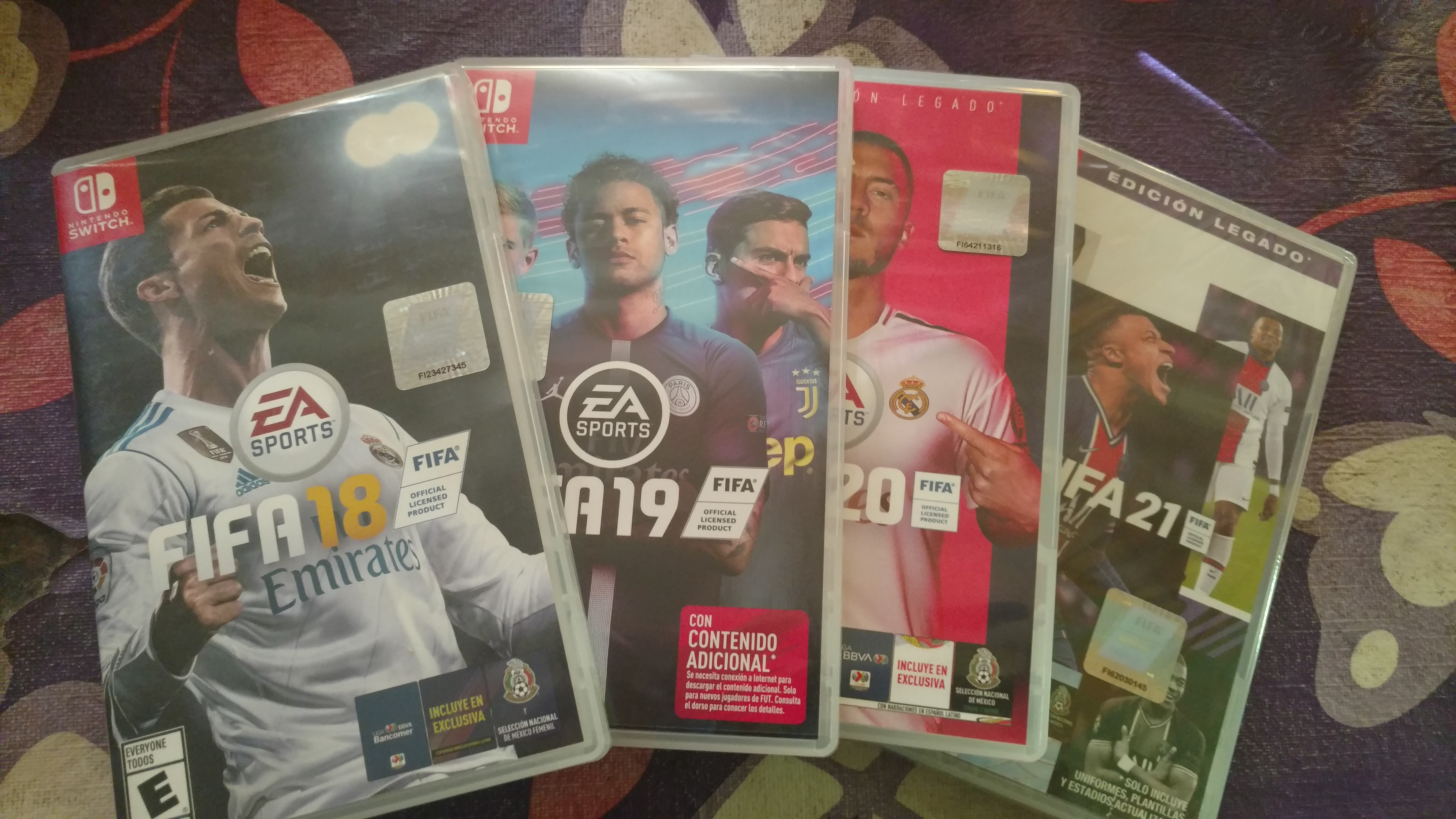 I play these games exclusively for Career mode, and I'm aware that there is an offering that is actually good in that regard, Football Manager, but FIFA has official logos and kits, so I don't have a problem sticking with it. Theorically speaking, you could update each year's rosters yourself, eliminating the need of buying more than one of these games, but age is an important factor that boosts or handicaps players in Career mode, not to mention that I don't like missing on kits' updates.

Something funny about FIFA games on Switch is that they're all the same, which is not exactly unknown but a lot of people love to boast that FIFA 20 and 21 are exactly the same as FIFA 19, but in reality all three games are identical as 18, the only thing that differentiates them is the inclusion of the UEFA competitions in the three most recent editions. That's the thing that made EA claim that 19 was a worthy evolution of 18.

Despite all that, I don't think EA is exactly in the wrong by re-releasing the same game 3 times, I think the problem would fade away if they charged lower prices for each release, like Konami did this year with PES 2021, if I'm not mistaken. 20 dollars seems fair to me, I don't know about you, 25 at most. The games are always on sale in Amazon anyway, but I think it would be much better if EA officially ackowledged that it's of really bad taste charging near full price for an almost literal copy-paste game. I never paid full price for any of these things, FIFA 21 costed me 400 pesos, which is 20 dollars more or less. I think something even more ideal is just releasing anual updates to a single game, I think that's what they should even being doing on the main platforms. But, of course, that's not what people want.

Ok, so with all that being said, am I wrong by owning these four games? Should I burn them? Let me know and I'll consider it.

Football Manager has a bunch of logos/kits too, and you can download any that it's missing so you can still have official logos/kits for every team in the game if you want. That said, they aren't even the same genre. They may both be football games, but they're about as different as Fire Emblem Warriors and regular Fire Emblem are to each other, so Football Manager shouldn't really be considered as an alternative to FIFA's career mode. Way too different.

As for the rest of the thread, no you're a good person. FIFA's an awesome game!

May God have mercy on your soul.

how may of them actually complete on the cart and don't require a download to complete the game so that you can play them?

I could try downloading all the missing stuff. Is it a hassle to do or can it be done automatically through Steam Workshop or something like that?

All of them. They're not big games.

Not sure if you can do it through the Steam Workshop or not, maybe not due to licensing issues.

I use https://sortitoutsi.net/ to download the graphics though. Then adding them to the game is simple. There should be a Sports Interactive/Football Manager folder in your documents for save games already, add a Graphics folder there and then just dump all the images you download in there (you can split them into separate files such as Logos, Kits etc. to organise it a bit too. Then load up the game, go to preferences, interface then turn off caching and reload the skin. You now have official logos, kits, player faces or whatever else.

The only annoying part is how big some of the files are. I think the facepacks add up to over 30GB in total.

Also worth mentioning that this affects saves in progress too. So you can just do it as and when you want. Maybe you see a club without kits/logos in the game so just go and download theirs and then they'll be in the game from then on.

Also, gotta ask... which teams do you play as/who are your favourites?

Don't worry, your moral integrity was already gone when you bought that Switch.

Yes, but that's because you bought FIFA in the first place, not for the platform.