I think their biggest concearn is cartridges. It's the only thing that I could see being an issue. 1.5 + 2.5 alone already sits at almost 50gb after all...

Yeah nobody still believes there is no market for 3rd parties on the Switch, even EA made efforts

Also Devil May Cry V Special Edition launched this week on PS5 in Japan. The December release was only for the west. 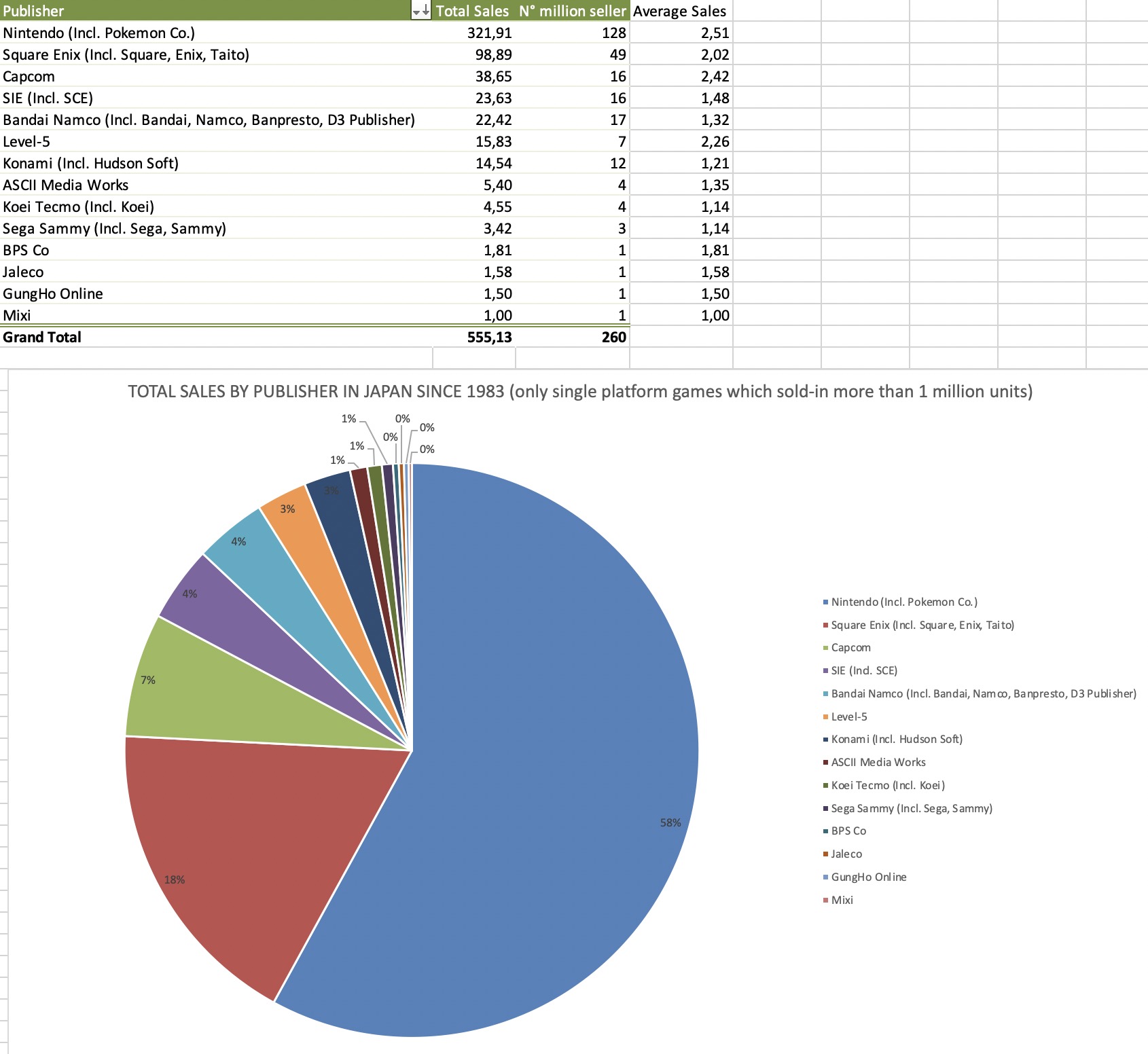 * Note:
- Only games which have shipped more than 1 million units on a single platform are considered, exception to the single platform rule were made for Dragon Quest XI (3DS / PS4) and Final Fantasy XV ( PS4 / XBO) .
- There are some not up to date figures like Monster Hunter World and Dragon Quest XI and Minecraft is missing (that's why Microsoft / Mojang doesn't appear in the list).
Overall though it's a very close representation of all the console games which have sold-in more than > 1 million units in Japan since 1983 (again the the single platform rule).
- Since for a long time the industry consolidated into bigger entities (though acquisitions, mergers and other form of direct control) I've decided to group the historical publishers which delivered a million seller under their current publishing house.
I've specified which historical publisher were included within parenthesis.

Some tidbits:
- Wow they represent more than half billion games sold in Japan!
- More than half of the pie is owned by Nintendo. It's also the publisher with the highest number of games and at the same time the highest average sales per million seller.
- Pokemon Co. alone account for 49.05 million units sold.
- SIE last million seller in Japan was the PSV version of Minecraft but since Minecraft sales data isn't included the last million seller from the above data is from the PS2 era when it was still known as SCE.
- Some publisher like Jaleco and BPS Co got their single million seller during the dawn of the industry and now practically don't exist anymore (at best other company own their IP rights or became simple IPs holder).
- The more recent publishers to join the club were either companies which achieved great success on mobile and then translated the popularity to a console game (GungHo Online and Mixi both for 3DS) and Level-5 which produced a couple of very successful kid oriented franchises on DS and 3DS.

Perhaps instead of "stereotype" I should have said "the haters". :P

I understand the small decline in hardware sales compared to last week. This week is having some Big sellers in japan: atelier, derby stallion, momotaro and at an inferior scale aoc. Nintendo had to hold back stocks to be ready for such a week.