Forums - Nintendo Discussion - Should I Buy a Switch Pro Controller?

Llove the Pro. I have 2. Xenoblade and regular. No issues at all.

The thing I like the most from the Pro controller are the chunky buttons.

The thing I dislike the most from the Pro controller is the D-pad.

I bought a Breath of the Wild Hori controller ages ago when it was on sale. Matches all the other rubbish which is Zelda themed that I have. (Carry bag, carry case, headphones and earphones, game cart carry case, LED dock etc'.) 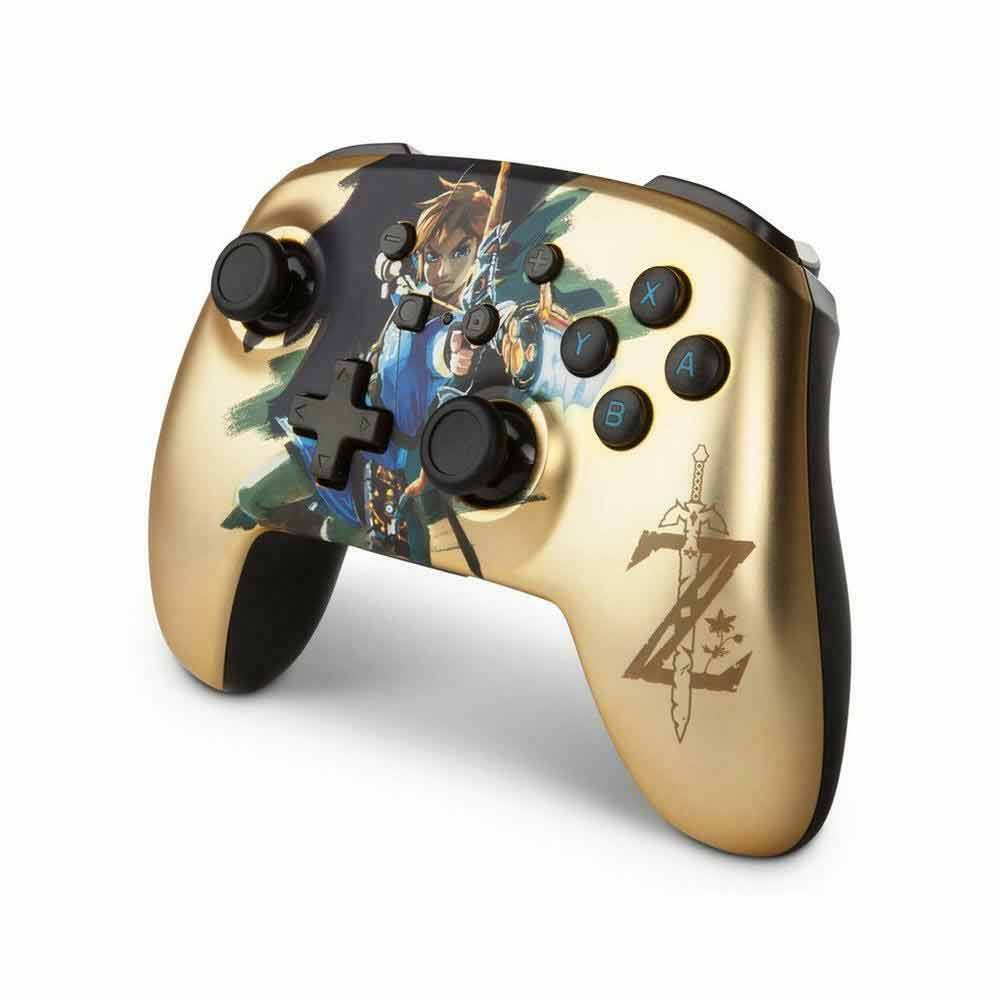 No rumble or built in battery, which I am happy with.
Stays at home when I travel though, I tend to prefer it over the joycons, plus keeps the wear and tear of the joycons down.

It's a very good controller, it won't fail you like the Joycons do - I mean, even the Pro can have drift after a lot of use, but it's nowhere near as bad. Personally, I've only experienced drift with it on very rare occasions, and so far I've always been able to fix it by... uhh, blowing the analog stick like you would an old cartridge. But seriously, it does work. I've had this controller for almost three years now and it's probably got over 3000 hours of play time on it, and so far I haven't really had major issues.

Other than the durability thing, there's also just the fact that it's a much better controller for "serious" play. I love playing games on the Joycons as they're so comfortable when split, but if I'm having trouble on a difficult boss or wanna play a game competitively, I gotta sit down with a proper controller, and the Joycon Grip definitely doesn't do it for me.

Out of the games you mentioned, I can't speak for most of them, but Smash Ultimate it a lot worse with Joycons, and Bayonetta sounds like a horrible experience even though I haven't tried it. There are games where the Joycons are fine, mostly single-player games, in rare occasions the Joycons can even be better than the Pro, but generally you will have a better time with the Pro in most games.

On the subject of third party controllers, I don't have any personal experience, but I know a friend who bought one and the analog stick broke within two months. Not drift kind of broke, no, it was broken kind of broke. Literally didn't function at all. Also with these you're missing out on wireless play and gyro controls (very good for a lot of games).

What I can say is, most of the Switch owners I know have a Pro controller, but I don't know anyone who regretted buying it.

The battery life is fantastic. The controller is more comfortable than the JoyCons. Go for it.

My 2 cents. The main down side for me for the joycons is the lack of a proper d-pad. 2D games are...less than stellar...on the joycons. So for me, the main reason to get a controller is for better handling in games that benefit from a dpad. Is that controller the pro controller? I dunno. It's awful expensive. I'm a fan of the 8bitdo SN30 Pro and Pro+. Those controllers are native to the Switch (and PC, and Android), and they have glorious dpads.

If you don't play a lot of dpad centric games, I honestly don't see much of a need for a new controller. Unless you really find joycons uncomfortable. If joycon drift is an issue for you (it's never been for me), then yeah, I guess a new controller should also help that. But definitely look into 8bitdo's line of controllers first. They're a bit cheaper, but not lacking in quality.

I haven't used my joycons in 3 years since I got the pro controller. The battery life is incredible, and it works wonderful for most games...a little awkward on Mario Galaxy.