Sometimes putting the national guard in to regulate situations isn't a good idea. Remember Kent State when they shot and killed a bunch of students? There are some riots but it has been over blown by republicans. Remember 2018 when supposed caravans of endless people coming to USA. Don't hear too much about that these days. It is always fear. Republicans love playing the fear card. Terrorist, immigrants and now riots. Let us see there was also communist threat, socialism, gays, religion and taking guns away. Pretty damn soon they will run out of boogeyman's but I'll give them credit they will think of something. Remember be afraid. Very very afraid.

They like to name call democrats snowflakes but the real snowflakes are republicans because they are always scared of something.

Tons of people were reportedly arrested (and assaulted) by police for simply being there, including reporters live on camera, and they even pepper sprayed and arrested their own senator. 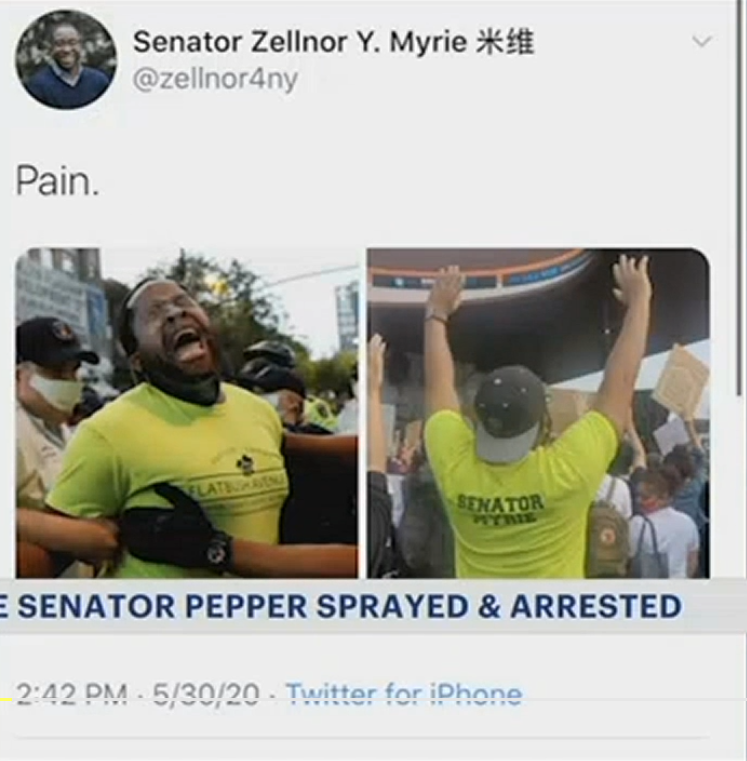 Many of those people may not be able to afford bail. A system that favors the rich and punishes the poor.

And police have been caught on camera hundreds of times during BLM protests instigating violence and/or committing police brutality.
Here's a defense attorney compiling over 400 videos back in June:

I saw instances where as soon as the police stopped showing up, everything calmed down, people started dancing and there was no violence.
There may be cases where the opposite happens. But that doesn't mean that easing up on police presence automatically means they want things to be violent. It can, and some times does, result in the opposite.

Regarding mostly peaceful protests, most people/protests probably are. But the media wasn't in question here.

I don't know what DA you're referring to, but that's a dishonest generalization of "The Democrats" at best. And that's assuming you can prove that they did it on purpose as you claim. Like I said before, you have a habit of acting like you know what someone else is thinking.

You think it's ok if people say that "The Republicans support rape", and when someone asks them why, they post this? 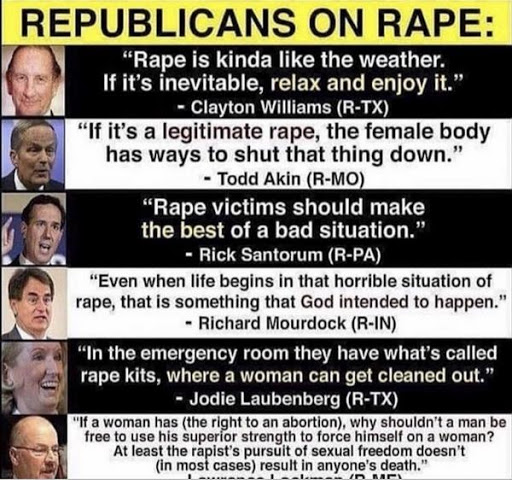 Or that "The Republicans support criminals" and when someone asks why, you post a link to Trump pardoning convicted criminals?
Etc.

⚠️⚠️
Either way, at the very least people have to explain their reasoning before they post some outlandish claim about these parties. And the generalizations need to stop stop, because it always turns out to be false equivalences, dishonest framing, arguable circumstances, etc. And people waste their time having to ask what they mean, only to get a reply that doesn't affirm the claim but turns into arguments instead.

Remember that caravan that was supposed to invade and destroy the US a couple years ago that they were all freaking out over?

Remember that time that woman who made a free text game cheated on her boyfriend, and then they formed the Incel community to combat this Watergate level gaming controversy? :P

Remember when they got mad at the suggestion that black people's lives should matter and started threatening people with guns?

Or how about how their breathing is so weak that wearing a simple mask is dangerous to them specifically?

Are they snowflakes? I mean, they ARE the ones complaining about the war on Christmas. Sounds like something a snowflake would do. Don't forget to wish them a happy holidays this year, and watch those snowflakes melt down.

I’m all for her nomination and appointment. I find it odd there is so much hypocrisy and ignorant remarks about her character or beliefs, yet others don’t see their own failings.

I just want to see meltdowns because it shows a person’s instability. And I’m speaking as a centrist with no affiliation to either party.

So as a centrist you are fine with ACA and roe v wade being struck down?

That's such an inane way of thinking.  It's about the actual importance of the thing someone is scared of that matters, not the rate at which you're scared.  By this metric, an old-time republican whose fears constantly swing between brewing economic troubles & potential foreign-state aggression against allies is more of a 'snowflake' than some smooth-brained college student who periodically complains about offensive Halloween costumes.  Plus, your examples are kinda weird.  You have to be a special kind of coddled to not sympathize with someone's fear of the riots (and their potential).  For starters, the city of Minneapolis asked the federal government for $500 million.  Is the avg. taxpayer supposed to be this emotionless type of character to avoid being called a 'snowflake' in this scenario?  If you're a small business owner in a big city thinking about upcoming insurance hikes & property tax hikes, it's a normal human reaction to be fearful of that.

This is such a fascinating take to see in a thread where we're supposedly going to be in The Handmaid's Tale b/c this radical theocratic judge recited generic teachings of Jesus to a group of Catholic grads.

Let's see USA did just fine with high tax against rich during Eisenhower era.  People were actually able to clime the ladder with GI Bill and other government assistance.  Fast forward to today when college will put you in debt and average worker wage has barely moved since the 80s.   Trickle down doesn't work no matter how many times you try.

We are now running massive deficts and gave most tax breaks to rich which have done nothing.  Sure small businesses need help but who got most help during 08 and 20 crises?   Big business because they have lobbyist.

You're pivoting away from the core of my response to give an incredibly reductive viewpoint about some things that occurred in the past.  We're already in the weeds.

Yea well least not a bitch ass wuss that needs ar15 to defend myself.  I'm 6'3 full of muscle and only needs a viking sledgehammer to show strength.

Edit- that was a slight to that dork that killed two people trying defend a city he wasn't even from.

What did you want to debate about?  Republicans are on losing stick.   If I'm a lower wage manufacturer worker why would I vote republican?   They don't want to increase wages.

Last edited by sethnintendo - on 27 September 2020

Try to conceal your excitement when millions of people lose their healthcare.