I'm just glad the majority of Sony fans on this site are not mindlessly defending cross generation games after Sony pulled the rug from underneath us.

And this is the reason why Sony has done so well with the PlayStation brand, even crawling back during the PS3 era.  So keep scratching your head.  Most of us aren't.

What exactly is why Sony has done whatever with whatever?

To some extent, yes. But I'll wait until every (or almost every) Sony first-party title gets released on Windows before I say they're almost the exact same thing now. Xbox One only has 11 true exclusives. And one of those is Rare Replay, and a few are digital-only. Xbox Series X looks to have no true exclusives whatsoever, which is virtually unheard of in a video game platform.
PS5 will likely have dozens of first and third party titles that never hit Windows or another platform, at least not for another 7-10 years.

Funny thing is that in the end MS crossgen AAA titles will be only Halo Infinite? So are you going to say MS didn`t really helped gamers not need to upgrade?

I take offense to OPs signature. There is only one tower of power. 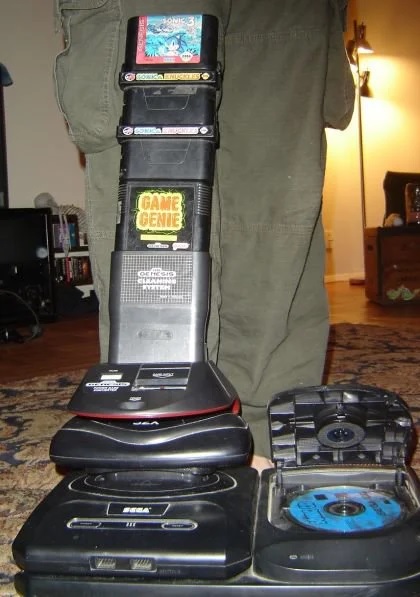 Neither system has sold me atm but likely still going PS5 down the road if I get either.  FFXVI but is a ways off I know that much. It will get persona and such so got me there. Atm no rush to get any console. If I am even able to still game as dealing with some other stuff but if I am able. I still see a next-gen console as a couple of years off.

No, Microsoft still has Papa Phil and Major Nelson, so their next PR blunder is only days away at most.

Sony created a product (PlayStation) that appeals to the core first and the masses second which translates to success.  But like any product, one product will not appeal to everyone such as yourself with the PlayStation.  This in itself is fine.  But, yes, Sony had a VERY solid showing of doing what they've been doing which is looking that they will provide gamers with quality, variety and quantity of choices.  You prefer Xbox.  That's fine, but there is no need to self-compartmentalize your reasoning such as the false "Japanese stuff" narrative.  PlayStation WILL do well, and it's NOT just because of the "Japanese stuff".  But if that's your justification, then keep a closed mind.  That's why you keep scratching your head otherwise known as denial.  Again, you prefer Xbox, and that's totally cool.  What's not cool is your constant loathing biased against PlayStation.  Yeah, I called it out.  But keep justifying to yourself because that's all you're gonna do.

Lets see.
The PS plus collection is not even 1% the same as game pass.
Game pass is a service, that cost an extra amount that gives you a lot of games. In which you have "Access" to them until they rotate out.
PS collection is free (as far as additional costs). It is few games. And they are attached to your account forever.

"I don't think the PS Plus stuff comes remotely close to GamePass," that's because it's not. It isn't. That fact you know this makes the comparison all the more strange. As you knew how poor it is - but desperately needed something to add to this strange fairy tails as yours.

PS plus collection and Gamepass should not really be compared like they want to be eachother.