I'm 99% sure I haven't seen this posted here. But forgive me if not.

Microsoft were sitting on the "Xbox News Briefing 2020" which has now leaked online. Revealing now what we already know, but prosaically rather than in commercial form... kinda. Watch it here: https://www.youtube.com/watch?v=wIH1ZwyWn74

Couple of new facts to be found, such as:

- that Xbox Series X/S will support regular external USB 3.1 HDDs and SSDs for current and last-gen games and last-last-gen games. But not for next gen games. Should be able to plug your current one in and carry on with everything you've already got.

- 20 Xbox Series X optimised games on launch. Doesn't seem like that many tbh.

- The event was supposed to happen sometime this week, judging by comments like "launching Sept 17".

- An as-yet unpublished commercial for Xbox all-access. "Everything you need to play. Get an Xbox console, with 24 months of XBGP Ultimate, 100 games, multiplayer, with EA play coming soon, no upfront cost". I'm expecting to hear this line a lot as the salesmanship all heats up.

Seeing this makes me glad most of the information got leaked since this would've been a dull way to reveal it.

Its nice that you can play X1, 360, and original X Box games via a regular external HDD.

yeah we were discussing this in another thread (for the leaks).

The leaks ended up saving them on this reveal.

That said I am surprised that neither the Series S or Series X support wifi 6.

This reveal was for the press as I understand it. Who would then break it down and report on it afterwards.

Glad it got leaked instead either way.

Why can't that make next gen games playable from external? The 1TB of space is going to be used p very quickly. This is the kind of piss poor planning that makes you wonder why bother with consoles anymore and stick to just PC games

?
You can just plug the external SSD into your Series S and Series X while it's powered on. Just like a regular flash drive. 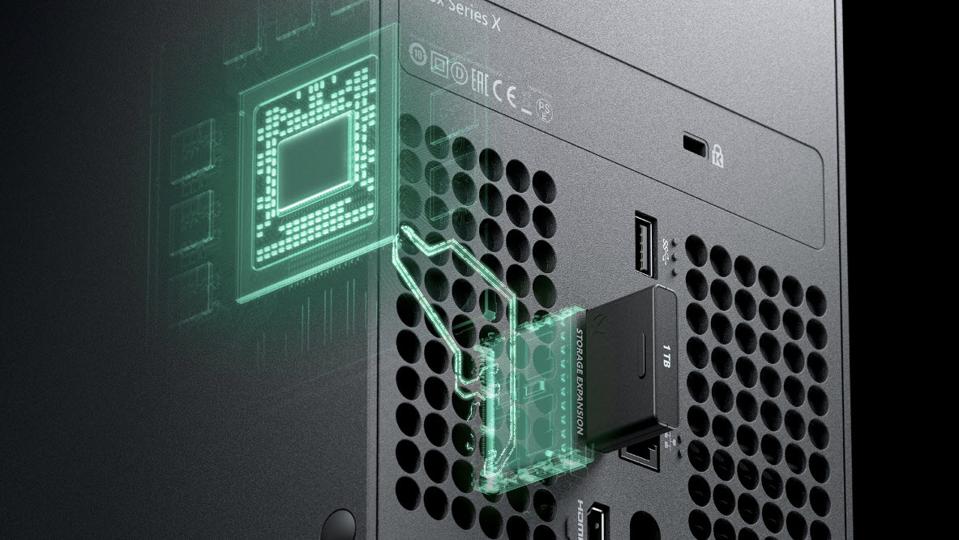 Yes you can, but reading the OP's words, says for old and current gen games only. Why not next gen games? I know the sdd is custom in these consoles, but surely they should offer these custom ones as USD support to be able to achieve next gen games? Be nice to be able to for once store your games easily without the need to reinstall and install each time.

but that's only true for HDDs and SSDs that aren't using the proprietary standard found in next gen consoles. I very much doubt those would fit into the slot, so you'd need to connect them via USB 3.1 (some sources say 3.2 but whatever).

With these official SSDs, you can - of course - play next gen games from an external drive.

Therefore I don't understand why you'd need to reinstall or move stuff constantly. everything non Series S|X can stay on external HDDs or external SSD (non-proprietary) if you prefer.

Next gen games will either go straight to the internal SSD or the proprietary external SSD.

So basically they were revealing what was already know?
And odd that only 20 games will be optimized to Series X, seems like the plan was for better support for Series S.