We did the first two, now how about the more controversial third and fourth entries in the series, which do you think is better, and why?

Alien 3 by quite a bit. I mean, it wasn't great, but it did have the basic Alien formula worked out okay. And I rather like the ending.

I don't even know what they were trying to do with Alien Resurrection, and I've seen the Joss Whedon interviews that indicate that no one on set had any idea either.

Seriously, Alien is such a botched franchise at this point. It's up there with The Terminator.

Alien 3 by quite a bit. I mean, it wasn't great, but it did have the basic Alien formula worked out okay. And I rather like the ending.

Other than Sigourney Weaver's impossible basketball shot that turned out to be real I dont see anything interesting or redeeming in Resurrection. Even Ron Perlman's usual charisma is missing. Story/plot is non existant. Dialogue is dumb. Characters are cardboard. Winona's acting is abysmal. I dont know, Its the worst Alien film so far to me - even Alien V Predator 1 was more interesting. Its close to "its so bad its funny" territory. That alien-human hybrid? Terrible.

Alien 3 was not good and while it did shit on the ending of Aliens, which Is its biggest mistake IMO, at least it build a good atmosphere and kept some of the tension that I feel Alien films should have. Needless to say, Resurrection had none of it.

It also gave us this iconic scene, which is great.

A colonoscopy is preferable over watching either one.

Alien 3 has a solid plot and interesting characters, original visuals and fantastic soundtrack. People dont like this movie just because they want more "Aliens" (Lots of action an guns)

I never got around to watching Alien Resurrection, mostly because I couldn't find the "right" version of it (I think it was the theatrical cut?). Meanwhile, knowing Alien 3 from the assembly cut, it was a pretty decent movie, I enjoyed it quite a bit while watching it but thinking back to it I can't remember much. It was a wholly passable film on its own, just not good as a third entry in a franchise because of how much it disrespects the story of the previous one. Based on how many negative things I've heard about Resurrection, I imagine I'd prefer 3 over it, but that doesn't count.

to be honest, neither are bad, if you want crap films, aliens vs predator 2, they are different, ie, alien 3 is like alien where suspense and survival is reintroduced, but in Resurrection, it's back to an action film like aliens

Alien Resurrection just straight up sucks no matter what, and was the worst in the series. Alien 3 Assembly Cut was enjoyable. I would rank it above quite a few of the other films. 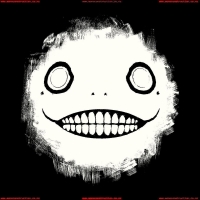