Seems pretty pointless to speak of generations now, but it will be selling during the ninth gen against the PS5 and XSX so yeah.

For me it is part of the 8th gen because of those aspects but still indirect competition (replacement product between it and PS/Xbox, doesn`t mater if primary or secondary system, but it doesn`t direct compete as there isn`t that many people that decides to skip PS/Xbox because of Switch and vice-versa, they were already decided on which side they preffered before hand).

To be honest though, the Atari 2600 and the Atari 5200 do not belong in the same generation.  And, at the time of the 5200's release, it was considered a 3rd generation console.  Advertising for the 5200 and Coleco's Colecovision clearly pronounced them as the first "Third Generation" systems.  I'm not sure exactly at what point someone decided to retroactively downgrade them in history.  But, it's probably because the North American Video Game Crash of 1983 was used to delineate the 82'-84' systems from the rise of the NES since they never directly competed with each other.

Note this 1982 article from Electronic Games Magazine, whose title reads, "Third Wave Video Gaming Comes to Market" (referencing the ColecoVision and the 5200 as the start of the 3rd Generation): 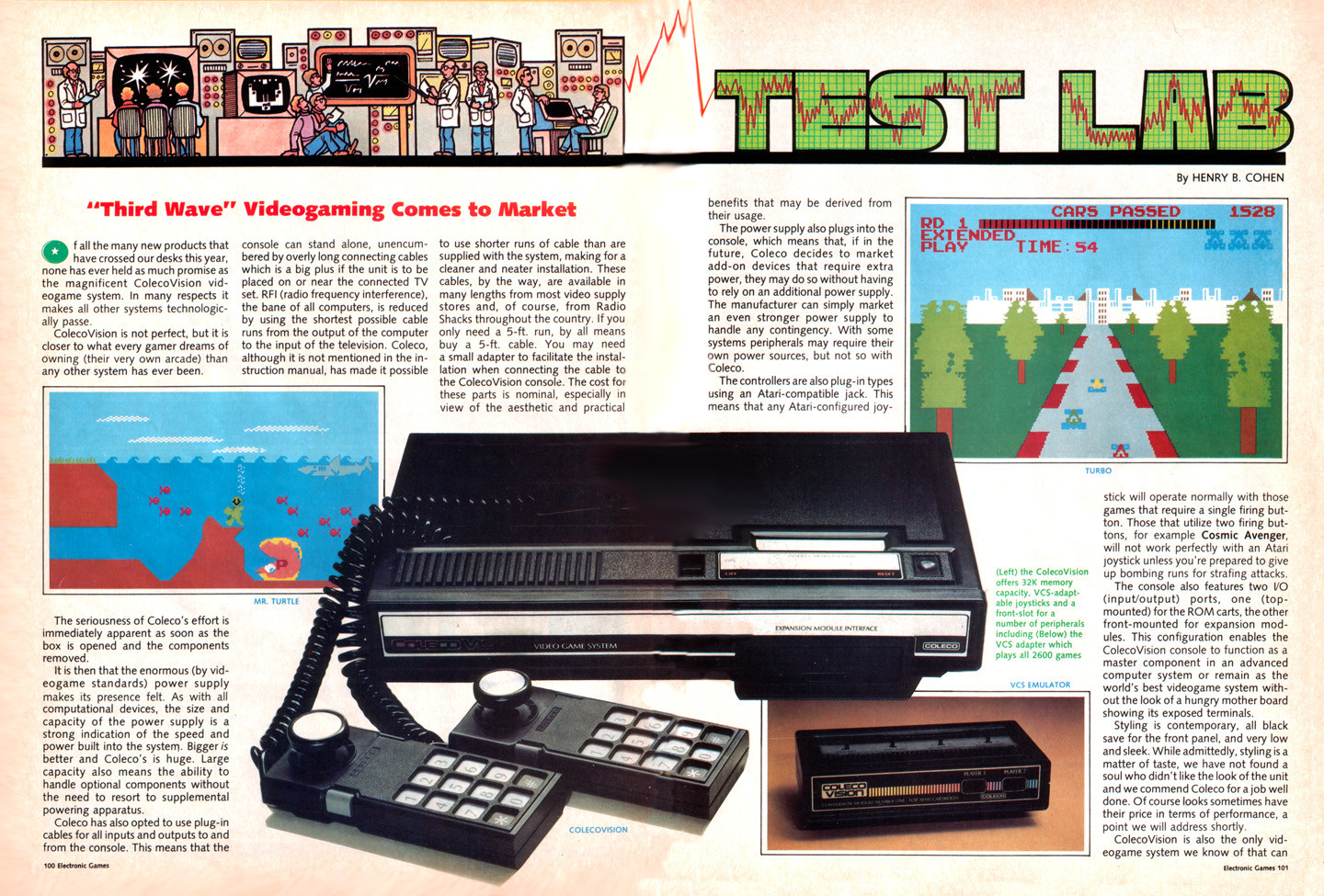 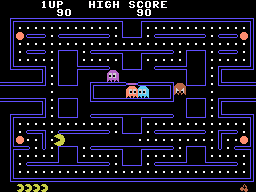 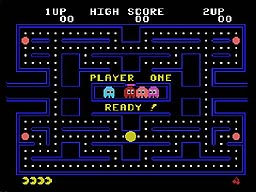 Here's Nintendo's Donkey Kong on the 2600 compared to the ColecoVision:

Edit - Fixed this sentence:  And, at the time of the 5200's release, it was not considered a 3rd generation console.

I actually didn't know that. It seems that the 5200 and ColecoVision were meant to be third generation, but history has not seen in that way. I don't think we'll ever get a consensus on whether Switch is eighth or ninth generation unless Nintendo says so. But with Atari, that would still mean they had two consoles in a generation even if you entertain that 5200 is third generation. Because there's no way you can argue Atari 7800 is fourth generation.

Other reasons for labeling Switch as eighth generation were based on mainly two big assumptions:

1. Switch is a Nintendo console, therefore it will have a short lifecycle, approximately replaced in 2021.
2. PS and Xbox consoles have much longer lifecycles, so the PS5 and Xbox 4 shouldn't be expected before 2021.

Put these two together and you run the risk of misalignment of generations, because the Switch successor would be 10th gen if Switch is gen 9 while the PS5 and Xbox 4 would be 9th gen. The generational model devised by the gaming community would be off by a full generation, so Switch had to be gen 8 to prevent that from happening. That's how it got put on Wikipedia that way. For those who don't know (apparently there are quite a few people here), Wikipedia is a user-generated website, so just about anyone can upload and edit articles.

But in the year 2020 it should be clear that both assumptions above were terribly wrong (expected, because the length of lifecycle theories were wrong to begin with). There's no risk of misalignment of generations anymore. Launches of consoles that belong into the same gen being spread out over three years is nothing odd in video game history, and with generations getting longer nowadays, Switch falls well within the acceptable range anyway.

One constant oddity in the generational debate has been the Dreamcast's classification as gen 6. Those who insist that Switch is gen 8 should also consider the Dreamcast gen 5, because pretty much everything they throw at Switch applies to the Dreamcast in more severe form. But over the course of the last three years, I've not seen a single guy who would put the Dreamcast into gen 5.

In any case, as time passes, things will get more interesting. If Switch continues to be put into gen 8, then Nintendo will eventually be the first company to undo a ~60m headstart of a competitor and Sony will be the shameful company who pissed away such a huge headstart. In that case, history will remember the PS4 as a loser.

I've always seen hardware generations as whoever shares shelf space with it's competitors at a given time and competes for the same consumers dollars.  (Which makes sense as to the question of why the 5200 and ColecoVision got retroactively bumped back to 2nd Gen systems since they never really got to compete with the NES or Master System.)  Right now, I have a Nintendo Switch and an XBox One.  If there is a multiplat game releasing on both systems, I have to make a conscious decision which system to buy the game for.  So, anytime I buy the Switch version, the Switch is not just competing with, but taking money away from its competitors.

I remember years ago, people on this very site arguing that the Wii could not be considered the winner of the 7th Gen, because it's specs were not on par with the 360 or the PS3.  But throughout its lifespan, it shared the same section of brick and mortar video game aisles. The same started off true for the Wii U, PS4 and Xbox One.  But, the Wii U flopped, and Nintendo was quick to react with the release of the Switch.  The Switch is now going to be in the unusual position of having shared shelf space with PS4 & XBox One for half of its lifespan, and then sharing space with the PS5 and XBox Series X for the remainder.

I don't really have a problem with the Switch being designated as an 8th gen system.  But, I can imagine a scenario where if the Switch finished with lifetime sales higher than the PS4, some people would suddenly not be so eager to say they were in the same gen (just like the Wii).

I thought EA determined which generation we are in.  According to them we are only a few generations in and anything before never happened.

Sales tracking wise, I think from here on out Nintendo devices will track in the last half of one generation and the first half of another. Switch has been 8th gen, but will be considered 9th gen going forward and the Series X and PS5 will have to see if they can beat it's sales, in the end. But halfway through their life the Switch 2 will take the mantle. It's an odd thing to wrap your head around, but what else are we supposed to do with it? Have to compare and contrast sales somehow. And it has nothing to do with the fact that it's a hybrid and rather has to do with them launching devices halfway through the HD twins lifecycles.

The only thing that could normalize this is if Switch had a 9 year supported cycle and Switch 2 doesn't come out until Ps6 and Series X2. But I think they've learned if they lunch multiple years before/after the other two that they can have a lot of success and won't launch so close going forward.

The classification that makes the most sense to me and most other old schoolers who remember this time period is this:

The Crash Generation was basically a lost generation in North America.  Console makers released new systems, but when the sales numbers crashed, then retailers panicked and just put everything on sale.  I remember Atari 5200 games being sold in bargain bins even though they were fairly new.  And copies of Pac-Man and E.T. for the 2600 were in bargain bins for years.  The retailers did their best to clear out all inventory and didn't order anything new.

The real winner of the Crash Generation was the Commodore 64.  It was the cheapest computer, so that is what people bought for gaming.  And retailers would actually sell it, because it wasn't technically a console.  The C64's successor, the Amiga, was released around the same time as the NES, but it didn't sell nearly as well.  People had gone back to consoles by that time.

Switch was the primary replacement for the WiiU.  It is a console with portability as a feature, deal with it.