Forums - Gaming Discussion - The console war is over

yeah but cost has never been the concern. If I can get it for, say, $5 more on PS5, that's worth it to not have to buy an Xbox or upgrade my PC.

Define "acceptable" in this context.

MS has seen that they cannot beat Sony in a head to head console competition, so it makes sense to go in another direction. Besides, some kind of subscription/streaming is undoubtedly going to be the future of gaming anyways. Just not sure if it's the right time yet, although Sony should be looking ahead as well. Console gaming seems to be doing fine for now, at least for another gen.
Gamepass is a sweet deal for the existing MS userbase, but I'm not sure if it has much wider appeal. The games have to be there, the exclusives need to be much better. I guess if you lean more to the casual side and are not too picky about what you like to play, then it's great value because you get a lot of stuff for a very reasonable price. But there are also people like me, who are very particular about the games they want to play and for us it's not a workable model to pay something every month to get whatever games.

The Switch probably can, if all their 1st party games are designed to scale and run in 4k/60 or 120fps on Series X.

This is exactly what I've been saying for months. GP is fantastic but it gets in the away of launching a next gen console and pushing its hardware. Series X doesn't have exclusives because MS doesn't want games on GP that are designed around high-end specs. I mean how great would GP be if your pc couldn't run 95% of the games on there? Almost every pc on the planet has access to GP, so that's obviously where MS expects to get most of their revenue from in the foreseeable future. Their end game is Xcloud, though, so they can go after the mobile gamers and have GP pre-installed on Samsung Tv's.

MS is thinking about potentially reaching 2 billion people, so why would they care about a max Series X installbase of like 50m? I'm Pretty sure they would have to pay royalties to companies like Samsung as well. So when you think about it, it wouldn't make business sense NOT to release GP on ps5 or Switch.

I still can't measure the impact of Gamepass on the gaming ecosystem. In a near future, it won't change gaming that much, because there are other consoles makers, third party games are not usually day one on it, and Microsoft is in an hybrid situation where it's a console maker and a service provider. However, they said yesterday that Gamepass is a long term project that doesn't lead to a lot of earnings for now. How this service can be cheap in the future if they success and third party games are day one on it, and won't benefit from earlier sales on others plateformes ? I don't know if it can kill traditional consoles. I don't know, according to the fact everything is available only by this kind of service, if it will transform even more the economic model for games as a service. Or if we will be in a situation where we must suscribe to 5 or 6 service providers, like we must do fr TV shows with Netflix, Disney, or to see every kind of football competitions.
I'm a bit conflicted. It seems a good value for gamers short term, but after... Well, the time it happens, maybe i would have already left gaming. 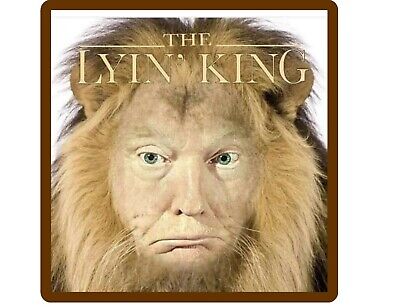 I'm also not sure what to think of it. If you look at the success of Fortnite, then it makes sense that that is the type of games MS hopes to recreate and have it locked behind GP. But ever since Epic released Fortnite, they haven't released anything noteworthy since. I mean why would they when they can just keep updating Fortnite and make way more revenue?

I'm a bit afraid we will see the same thing with MS's first party games. Grounded was just released on GP. It's great and I can definitely see it becoming a big game for MS. However, after playing for like an hour, I got a message that I already completed the story content... Multiplayer also doesn't seem to be working so it's obviously a game that isn't finished yet. If it becomes a smash hit, it wouldn't surprise me if Obsidian would put all their resources in it and it could be a while before we seen anything else from them, like Avowed for example. I also don't like the idea that there won't be a new Halo and I have a strong feeling Fable, Forza and Everwild will all follow the same GAAS formula.

They couldn't sell enough hardware and build a strong installbase so they had to change strategy. The less they are in competition with PlayStation the better for them, because they can't win that fight.

It's not in Microsoft's interest to fight a war they can't win.

The most common way for a war to end is when one side accepts defeat.  This is Microsoft accepting defeat.