Unless you tell me Sony has no history of reacting/capitalizing on Xbox in the past then maybe you have a point. The used games video from 2013 is the top of the list in terms of where the bar is set. So I don’t think Phil clarifying things with tweets is a big deal by comparison.

I’m not technical but I don’t care how you get to 4K so long as it happens. So you agree Sony was chasing 4K but now 1440p is the holy grail? Cmon man that ain’t right. For next gen I’d like to make use of my 4K tv especially since my Xbox X gave me a taste for a few years now.

Edit: On topic in case mods are reading: that’s why I’m 100% behind MS when they plan to target 4K for their 1st party. It’s a selling point to the brand and for me it’s something next gen that this gen could rarely do. It’s always been the goal and narrative, no flip flopping on my part.

Sony used MS own shoot in the foot to promote themselves that is true. Phil uses Sony good news to promote himself. Not really the same thing.

But you may as well remember MS during the start of the gen putting in one of their pages (I think it was Major Nelson doing) some games were exclusive to Xbox One (and they were in fact Sony's first party games), they created the Destiny Fragrance to circumvent Sony marketing deal, among other shenanigans.

You'll hardly see Sony publically caring about Xbox, and certainly not to the extent of Phil. You were one to accuse Sony of reacting to the Xbox reveal of info with the GDC video (even with evidence that the event was pre-recorded and informed to media long before MS reveal of info).

Several games on MS May show are going to be on PS4 (like sports game, AC, etc), but did you see Playstation boss tweeting anything to ensure those games would be on Playstation?

So you already confirmed all that was needed. PS4Pro output at 4k to the TV, PS5 also will output at 4k (even 8k in the future) still that doesn't mean it will be rendered in 4k internally.

I want to use the best image possible on my TV, and if technically rendering at 1440p and reconstructing to 4k gives a better overall IQ than native 4k sure give me reconstructed.

Your first point it all comes down to Xbox is the company with everything to prove. Sony is on top they don’t have to respond to every little thing Xbox does. In the end Phil clarifying things for Xbox gamers is a good thing. Our backs against the wall make no mistake.

The second one you kinda got me, I responded too hastily and emotionally but my own ignorance of the tech works in my favour here. My point is that 4K > 1440p, it’s as simple as that. You’d think next gen and all this talk about the leap in power would make native 4K possible. FPS is another story we covered that allready. Point is Xbox isn’t wavering in that goal and in their message over the last few years.

That's because the ps4 pro and X1X weren't next gen consoles, they were 4k consoles designed for a niche audience who wanted to get the best out of their new tv's.

The Eurogamer article does a pretty good explaining why next gen games shouldn't focus on true 4k. It's just too expensive and it leaves very little resources left for providing an actual leap in graphical fidelity, at least in combination with 60fps and ray tracing. Personally I would rather see developers try to get the best results possible from these next gen consoles and if they can get all their ambitions in their game and still do 4k/60fps, then great. But it shouldn't be a priority, though. A next gen GTA6 will simply allow Rockstar to be a far more ambitious if they're targeting 1440p/30fps instead of 4k/60fps. Also, I'm pretty sure most people will hardly be able to tell the difference between 1440p and 4k, so why waste that much resources on it that could be used elsewhere?

But at least you realize that 4k and 60fps aren't a great idea now.

Considering the millions of dollars Xbox has spent, I think expectations are very high but people will be cautious as they are tired of hearing 2015 will be biggest year, 2016 is 2017 is... wait till next E3, wait for the power of the cloud. Although, I believe this time Xbox will have a great showcase of 1st party games due to expansions in existing studios and acquisitions of new studios.

That response has nothing to do with what I just said. I'm very much interested in new, AAA, FULL FLEDGED exclusive games coming to any system, and I was basing my purchasing decision between Series X and PS5 on who had more of those. Of course I'll continue to buy Nintendo hardware and games, but for the first time since the 360 I will also be buying a second device from either Sony or MS. Based on what I require in terms of games, MS is winning my purchase as of this point. Miles Morales isn't a full fledged game. Neither is Zero Dawn expansion, from what I've read. Where are Sony's exclusive full fledged AAA brand new games at other than Rachet and Clank?

I'm not talking about AA, or ports, or dlc experiences, or third party games, or timed exclusives. None of those will make me buy a system.

The only 2 games I saw on Sony's show that looked truly like a generation leap were Horizon: Forbidden West and Ratchet & Clank: Rift Apart. GT7 had a decent graphical leap, but not a truly generational leap, and there was quite noticeable pop-in, which is something many Sony forum warriors were claiming the PS5's faster SSD would virtually eliminate. Project Athia also had a decent graphical leap, but not large enough to to feel like a generational leap imo. Some of the other games shown were cross-gen games, like Kena and Goodbye Volcano High, and looked the part. Others looked cross-gen, even though they're only releasing on next-gen, like Deathloop, Godfall, Ghostwire Tokyo, Returnal, Stray, and Spider-Man: Miles Morales. Several others didn't even look like cross-gen games running on PS5, but rather current game games running on PS4, like Sackboy, Destruction All-Stars, Solar Ash, Astro's Playroom, and Bugsnax.

By comparison, here is how I feel about the graphics of the Xbox Series X games Microsoft has shown so far:

I see 4K/60fps is too demanding for many next gen games unless the genre or game type allows for it.

What I don’t understand is how 4K/30fps isn’t doable though for next gen all of a sudden. If Red Dead Redemption 2 is 4K/30 FPS and Series X is twice the power then surely 4K/30 is doable with the other bells and whistles like ray tracing. PS5 is similar in power so I really don’t see the obstacle here. Im more confused that you are ok with 4K TVs not having their potential used when they have been very affordable the last few years. And this isn’t about you per se but I’m very surprised Sony has received no blowback from targeting 1440p as the holy grail.

“Also, I'm pretty sure most people will hardly be able to tell the difference between 1440p and 4k”

You just sounded like a defensive Xbox One fan in 2013 when their games were 720p to Ps4s 1080p. I really hope the irony isn’t lost on you. I have a 4k TV and I’d like to use it. That’s why I’m looking forward to MS delivering on games and benchmarks in July.

Ummm the name literally has 2 in its logo/name 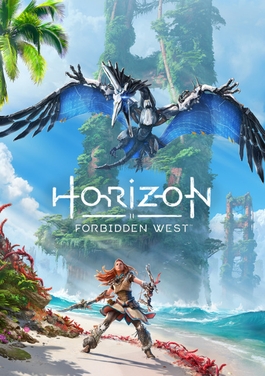