No doubt that for people that like MS it would be meaningful, but to be more impactfull than Sony presentation? They already showed videos for Halo Infinite, Hellblade 2, Project Mara that I'm aware and perhaps for other ones.

And for people that don't follow Xbox and don't know the pedigree of the studios showing Project Mara won't generate near the hype as the proved studios that showed on PS5 event.

Yep I expect they to show more than those 5, but will the games show be big AAA capable of generating major hype? Let's not forget that even logo reveal for PS5 generated more hype than XSX reveal.

Guess you were the only one them, because we had several people (like shikamaru) saying they wouldn't have games to show because of the dates of their last reveals. And guessing what they would show is completely different then already having teased and showed some trailers.

its simple that is because you are innocent in your posting, i have seen shit thrown 13 years on here i know the tricks 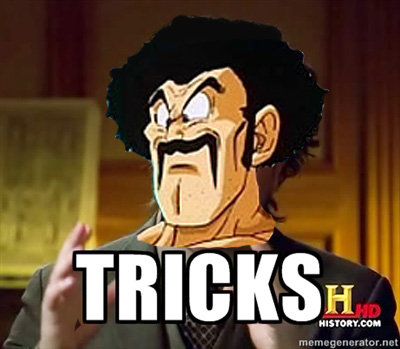 We had a lot of people saying it was impossible for GT7 because PD would take over 5 years after GTS to have anything ready, we didn't expect Insomniac to have a full RC and a standalone SM for PS5 because SM released not long ago. Just revisit the threads and you'll see people saying Sony wouldn't have much to release in 2020-2021 because of their studios releasing games in the last 3 years.

Announcing new games for the Perfect dark zero and Fable series would bring some hype for gamers like myself. And maybe a new good gameplay trailer for Halo infinite. The other games you mentioned I'm not so interested in or don't recognise.

That’s just not true. It took 4 years between GT6 and GT Sport. 2021 lines up with their timetable. Even if it took more no harm in announcing the game even if it was 2 years away. Insomniac is a beast with making games quickly so it shouldn’t surprise anybody that they would have something. Horizon was 4 years after KZ in 2013 so it was most likely to be announced as well, even if it wouldn’t release this year.

Yup that’s fair. Falls in line with expectations of gamers as a whole not completely invested in Xbox. AAA games that aren’t the typical trinity of Xbox exclusives. Everything else is fluff. I get it, hopefully MS does too.

Yes I know, and I am still expecting a SSM game and possibly a ND game in the second year of PS5.

There you are excited about a rumor of GT7 in 2020. You weren’t trying to say it wasn’t coming or it was too soon. The event thread also has a couple people predicting GT7 and Horizon 2 and a lot of Demons Soul as well.

Don’t try to change history to suit a narrative, please. I’m not going to bother digging through tons of threads because this forum has trash search functionality but I quickly went 2/2 there including a quote from you yourself.

The bottom line is Horizon 2, Spider-Man, and GT7 were all extremely rumored and expected titles to be shown off and people were still happy to see them.

I was pretty sure and was right, even said on the reveal that I was right and who was doubting was wrong. Still the game hadn't been leaked or revealed before the event the most we got was a possible tease with 7 cars some days before the event.

Precious that you compare rumour with reveals

MS is going to need a lot to top the PS5 reveal.

The metrics, in terms of viewership & social media engagement, shattered records. The critical acclaim of SIE compared to XGS is leagues apart even with all the studio acquisitions. The commercial success of PS4 exclusives is reaching Nintendo level of success. If the TF difference isn't distinguishable without a side by side comparison, than the SSD will continue to get all the next gen hype, since world design and load times are lot more noticeable without a comparison.