I also saw this, but I think it's a joke that I'm not getting. 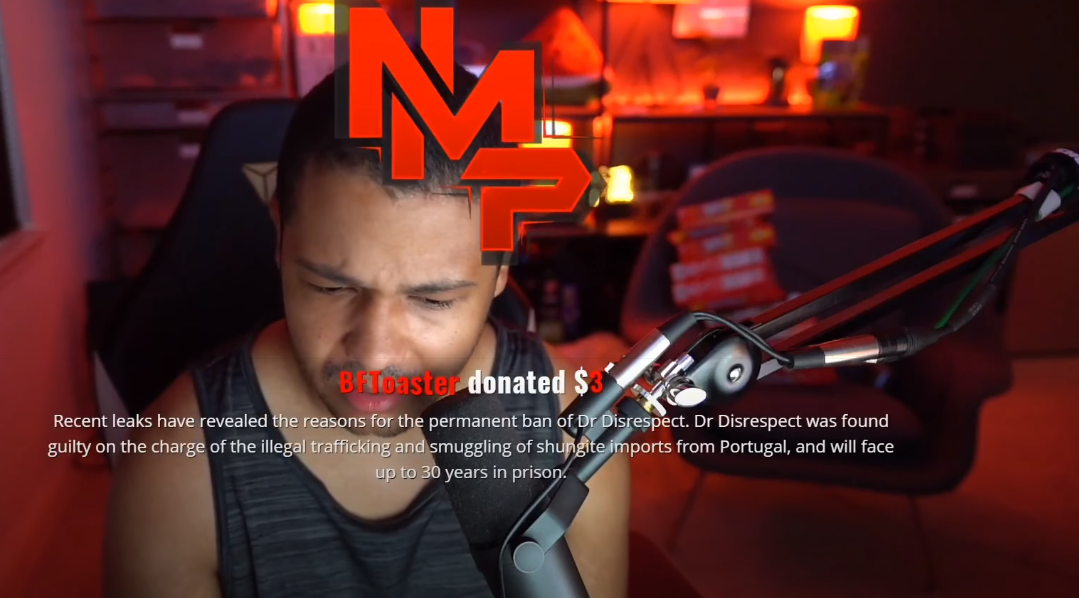 I'm guessing there will be a sexual assault allegation, it'll be proven false in time and he'll have his career ruined regardless.

It does appear to be a joke. Doc was going pretty heavy on conspiracy theories for a while. He bought these rocks which supposedly block 5G to protect him from Covid, or something stupid like that, and it became a bit of a meme. This person appears to just be memeing.

Yeah i do not think someone gets 30 years in prison for smuggling rocks that none wants.:p

30 years in prison for importing shungite would indeed be a joke.

I feel we need to talk about the standards twitch has, because to me it feels like a dictatorship, not being transparent, doing whatever they please without keeping the rules/laws properly applied

While Twitch has its issues with transparency, any conversation regarding this incident in particular would just be baseless speculation. It isn't difficult to think of a scenario where Twitch was very much in the right here. Lets wait to see the explanation before jumping to conclusions.

The explanation in the Op makes no sense.

Discord rumour makes some sense but why was he taken off other platforms too?

I also would like more transparency from Twitch. Doc is a douche... But he shouldn't lose his income because he has cheated on his wife.

Additionally, she's the only one we actually know about.

But the discord thing still poses a missing puzzle piece. Unless he used his discord to talk to these people or for se other reason