I just don't really see anything notable. I'd be perfectly content with this gen graphics, but faster loading times? Okay now you've got my attention.

Obviously Nintendo is the one that will benefit the most from upgrading graphics, because these pics make this gen look great still, rather than outdated, for Xbox and PlayStation. Nintendo will be exciting to see with their next device considering that it will probably be a big leap forward. They tend to have two generations around the same level before a giant leap forward.

Each of these more or less looks the same as the first one. N64 was a big exception because they did two leap forwards in a row with that and GameCube. Switch graphics are really no different than Wii U so I suspect Switch 2 will catch up to PS4, which again looks no different than Ps5 graphics to me. Finally Nintendo will catch up to the other two in noticable graphics to the majority of consumers (not fps/resolution/HDR fanboys that make up the vocal minority), but really I'm excited about loading times for them. Astral Chains and Xenoblade X had TERRIBLE loading times and I'd like to see those days gone!

Yeah no, SNES looks way, way better than NES, and Wii U and Switch are noticeably different.

Show me an NES game even in the same league as this: 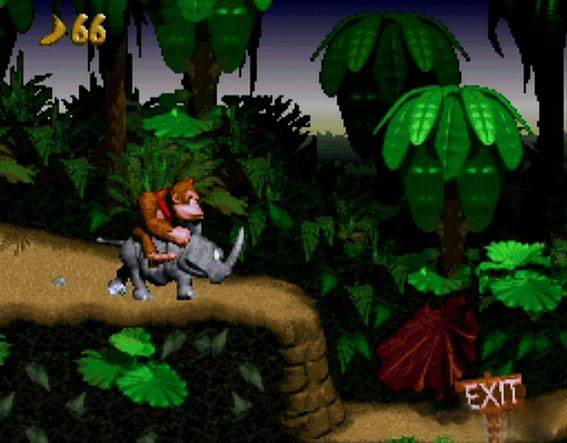 Yes right from the beginning Ninja Theory had an aim for storytelling through character looks and  expressions to be just as important as other narrative forms and that's why they brought people like Andy Serkis onboard, there is an interesting making of trailer for Heavenly Sword  and I remember those facial features were highlighted at the time by critics.

A some steps behind Disney/Pixar level of course, but still gorgeous

Demon's Souls Remake and Ratchet and Clank Rift Apart were the games that looked like they simply couldn't be done on current gen systems to me, at least with my layman eyes.

I hate to be that person by Nintendo will be nowhere near to catch Sony/MS unless they drastically change direction of how their consoles are designed. Switch is a bit better than PS3 that's fine but PS3 is a 2006 console. I'm not even sure next Nintendo console will catch up current PS4 Pro, let alone PS5

So far the only things that have impressed me visually speaking are the UE5 demo, Hellblade 2 and Kena. Well, if Scorn really ends up looking like the trailer as the dev recently said it would, then I guess that will impress me too.

I think you both talk about different things. Sure, there is no question about it, that if you use more processing power in your rendering, it will be impossible on machines lacking said processing power. Duh!

But the question is: how much of these differences impact the user. And I think the leap isn't as obvious as it was generations ago. Sure, if you compare screenshots scrutinizing over it, you'll find differences. I remember discussion about differences in the number of shown vegetation in GTAV ages ago. But at the end of the day, the gamers playing GTAV on different consoles had pretty much the same fun. And I think that is what Shiken is talking about.

If you play a game for 100 hours, you don't care as much about clothing details and hair physics. That said, there are improvements through the better graphics power that affect users still: frame rate drops, aliasing, reduce stuff like that is still important, as it brings some frustration while playing. Not always enough to make the game unenjoyable, but probably lessens the enjoyment.

As people interested not only in gaming but the whole industry and especially for people involved in game development it can be an easy trap to lose oneself in the many visual details that can be manipulated and how to improve it, while the player in the end might draw more enjoyment from an Android Match 3 game.

So while it is surely always a good thing to improve the technical side, it should never be forgotten that it all has to serve one thing: how much does the player enjoy the game.

If we look at the PS5-presentation, the thing most gamers will notice without screenshot analysis and such stuff are the rapid switches in environment in Ratchet&Clank. That is actually impressive. I assume that is possible with a lot of RAM, so that the assets for multiple scenes can be loaded, so that the transition can be done pretty fluid. That I would say is a next gen effect.

Yeah, well, see, that's the point. You were floored because you are involved into such stuff and know how much work was going in and how much scrutiny was needed to get this improvement. I wasn't floored, as I know this is just a fleeting moment in a game I might play for hundred hours. The reason I was impressed by Ratchet&Clank and Kena was, that they showed gameplay. Sure, Kena showed no gameplay that is impossible today, but it showed nice gameplay which probably keeps me entertained. For Horizon I am excited, because I know what gameplay to expect, but they showed little to none. The graphical improvements will not keep me in excitement over a 100 hour play-session. There might be moments when I think: this scenery looks nice, or this object looks great. But most of the time it will not be on the front of my mind, as I play.

Sorry, I know how much work goes into this kind of thing, but I also always ask myself: what if some of that work would've gone into gameplay improvements. And for some games it does. Again R&C and Kena look exciting for this exact reason. But the graphical wow that keeps you blowed away all through the game is probably a thing of the past. Alone the talk about 'watch the 4K trailer to see the improvement' makes it clear, that the improvements aren't that obvious anymore.

Rachet and Clank really seems very 'next-gen' to me. The other games not so much. I'm actually a little surprised that it's a cartoony game which stood out to me as 'this is a big graphical advancement' more than the realistic games.