I care to some extent I guess, but graphics have never really been among the most important thing to me in video games in general. I also don't really get the same sensation of awe anymore that I got back when we went from 3rd to 4th to 5th to 6th to 7th generation of consoles. Each new generation felt like a big leap at the time, and while I still find myself just taking in the view in new games as well from time to time, the feeling of seeing something unprecedented and previously impossible doesn't really exist anymore, or only happens extremely rarely.

"Why bother moving to new hardware at all? We may as well stay with PS4s and XB1s. "

Honestly, I'd be fine with having PS4/XBOne level of power for another decade. The most demanding game my PC can play is Doom 2016, and that's enough to play my library and my emulators wonderfuly.

I doubt additional texture to the triangle and texel will be noticeable on 4k resolution on normal eye.

That's why , it needs more than just photo realistic aspect . It need animation, physics, AI to make the it living breathing, and not just doll.  Probably RT effect need some refinement for next gen. For physical based rendering we already achieved this gen only need some RT effect to make it perfect.

We have so many fantastic looking game with looks that you don't have in real life and colors that aren't natural. They have photorealism but doesn't look real. And that can't be done without improving the graphics of the game.

Like FF XIII opening (or most CGs on FF) it looks great, similar to life, but the visual aren't anything you would see in life. Also I laugh about complains about looking like life, that is what you look your whole life, movies, series, etc... why would that be a problem only in game?

And I agree we could have somenthing on the level of craftmanship for graphics the level of Detroit Become Human but with the aesthetics of a Nintendo game.

Where have I said that the jump from FF-IX to X wasn't impressive? Look what I wrote, FF IX to a launch title on PS2... like look at this link and tell me which of these games had you impressed graphically https://www.ign.com/articles/2000/10/28/the-ps2-launch-titles

So let's see if there wasn't a jump in quality from PS2 to PS3 or how the PS3 to PS4 was significative. 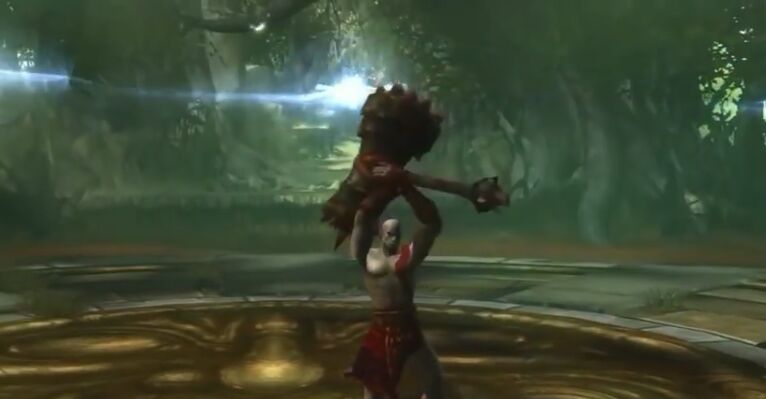 Genji day of the blade on PS3

So it is basically we not remembering how bad most of the early gen titles looked compared to their end of gen and how that can make the jump be small.

Because a lot of the public likes and wants better graphics, if they didn't there would be no point in still improving Graphic Cards or consoles. And also some games sell based on the graphic, others on the multiplayer, other on the puzzles, etc.

Not really, several companies don't try photorealism (even ND that invest a lot in graphics have the char in UC4 very stylized)

And on photorealism, on PS3 we already though it was great and nothing else was needed (even on PS2 that seemed the case) but we are always pushing the bar higher.

They don't doesn't mean they cannot. Even if Playstation 9 comes out, if the developer choose not to be photorealistic than the games will just be stylish graphic instead photorealistic (which is i don't mind). And yes there is always be a new bar in each new generation, but the bar will not be noticeable from now on. The problem is not the technology it self or the spec, but more of our limitation on seeing a higher resolution more than 16K. In games we don't need an artist rendering every atom and particle of our skin. So the goal on physical based rendering already achieved (except it just need a proper Ray Tracing)

But the point to my comment is we are already in the situation where photorealism on gaming will be hard to notice on each generation onward. Instead Developer will strive for physics and world interaction to create a living world and also they will focus on AI and simulation. There is so much to improve on games and that's not just photo realisme.

Pixel count is just a small portion of photorealism, and we can certainly notice a lot of difference from the models at fullHD from game to game. Just compare the facial model between three great games like HZD, UC4 and Detroit. You'll still easily see how much better Detroit is and they are all rendered at similar pixel count.

But geometry, polygons, texture, and several other effects are still improving a lot. Don't worry when gen 9 really starts to blow you'll be able to see the difference to Killzone or Infamous Second Son.

Very little. I think the last time I was bowled over by graphics was 14 years ago, with Oblivion and Gears of War on Xbox 360.

Now, that's not to say I'm not interested in the forward march of technology, but I'm much more invested in what new gameplay possibilities technology offers, whether related to physics, AI, terrain deformation, etc. The nuts and bolts of a game are, to me, more important than its outward appearance.

I still love a beautiful, polished video game, but it doesn't excite me without the promise of great gameplay.

Yes PS3 to PS4 is the peak evolution, we still can see the difference. But from PS5 to PS6 onward , we will just be seeing increasing of resolution and performance  , the rest of the hardware probably will be  focusing rendering the amount of object or character in one area.

If you want to see the end goal of photo realism is,  just look at  FF7 remake character model that has the same quality with the CG model in FMV CG scene or Resident Evil 8 in game model character which already using photo geometry using real human model

I don't know what else we can achieve beyond realism, current gen can already render realistic model with the exact same features . What only lacking this gen is proper lighting (Ray Tracing ) and animation and also proper physics and simulation .