I'd be more interested if the poll was made by an actual firm asking people from various gaming backgrounds. This poll simply reflects the current landscape we're left in by this current generation. Nothing more than that.

Gonna be a whore for Microsoft until the day I die bois... come on.

Pathetic numbers.
Would be 155,000% if they had announced LoD Remake already.

Given the market gap this gen I like those percentages. Good starting base to build on. I know MS has a lot to prove but I think their E3 direct will change certain perceptions

New gens dont mean a "clean slate".
People remember back a gen or two, and judge based on many other factors, than just the value of hardware in a console.

Basically a console is more than the hardware.
If it was just "best performance pr $", switch would be a rather bad product.

Thing is, most gamers care more about the games a system has, than its power.
PS4 came off of a gen, doing rather well with its exclusives, while the oppersite is basically true for Xbox.

XSX+PS5 will both be near 100% BC, with previous gen titles, so it makes sense that beacuse so many more have playstations, they'd want to continue forwards with that in the next console.

There be 10 ps5's per household if a prequel were announced. you would have 100 most likely.

this might be the biggest factor now that you mention it. Who would want to abandoned that huge collection they have build over the years? Going back and play them enhanced.

I'm sorry but does anyone else find it funny that people keep saying "3 straight gens of dominance" for Sony even though the 360 and PS3 battle was essentially a dead heat? Lol.

Not to mention who really won previous gen. 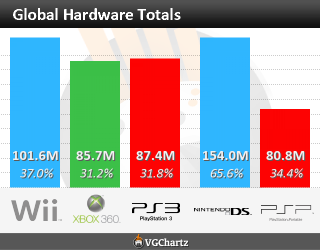