Well, a VP actually has no real job except being there to replace the President should he be incapacitated in any way and to be the tiebreaker for the Senate.

Hence why in the past the position was often used to kick some people upstairs they wanted to shut up and out for 4-8 years. Of course, this tactic has the drawback that if the president dies, then the troublemaker becomes the president. This tactic however has backfired so often that it's not used for this purpose anymore. For instance, Theodore Roosevelt was hated by it's party and thus chosen to be the running mate of William McKinley to lock him out, but then became President after after McKinley got assassinated.

As such, choosing a VP these days is mostly to find somebody with enough appeal to voters which don't necessarily vote for the presidential candidate. In Biden's case, a progressive black women would be the choice to garner more votes of people of color, of women and of progressives. Trump did the same, he choose Pence to garner the votes of the religious right (and religious people in general) instead.

I think @SpokenTruth should add the shirtless Spike Cohen meme for the Libertarian VP pick. :P

Yeah, I get that it is pretty much all about the optics these days... I just kinda feel like that with Biden’s age it should be taken a bit more seriously.  He should have started from a wide pool of candidates and vetted it down from there.  If it still ended up being black women, great.  I would have at least known he took a look at others.  I just don’t like the fact that he limited his pool of candidates from the start...and those limits were fairly superficial...

While it would be exciting have a black female as a VP candidate, I know from experience that those basic characteristics fade quickly.  I remember thinking it was pretty cool when McCain chose Palin, a female to be his vp.  That feeling quickly faded when we started learning about her.  Palin would have been a trainwreck.  Glad she never got close to the presidency.

If I was an American I would be voting for Trump. I am not saying that Trump is anywhere near perfect, but at least he is his own man and he is making an effort to help improve people's lives in America. It is so obvious that the left has become co-opted by the foreign Chinese communist party and multinational corporate interests who are trying to bring Americans under their control like they have done for all the poor slaves living in China. The left used to be about resisting corporate tyranny but now they are the biggest pushers of the mainstream corporate media, the big tech giants, the mandatory vaccines from big pharma, 5G from big telecom, genetic modification of food and the elimination of ranchers in favor of chemical-laden artificial meat poison. The left used to be about fighting for the free expression of knowledge and encouraging intellectual discourse and now we see modern day book burning with online censorship of conservatives and we see raging mindless mobs ripping down statues of historical figures whose reasons for remembrance they don't have the slightest clue about. When we turn on the mainstream media the only thing we hear now is that skin color is the most important thing about you and that if you have lots of skin pigment then you should be raging mad against those with no skin pigment. Gone are the days of Martin Luther King Jr. when it was the content of our character that mattered to the left and not some superficial garbage like the color of a person's skin.

I look at the left today and I all see a raging cult that is unable to see how they have been taken as slaves and are being lead around on a leash by a bunch of billionaires and the Chinese Communist Party with agitprop that is designed to create instability that is only meant to destroy the US as an economic power and turn it into another one of the world's many basket case tyrannies. I believe that Americans are realizing this though and that you are not going to let yourself be controlled by these puppets who claim to lead the left. Your are not going to let yourself be conquered by a dictatorship nightmare like China. When Biden tells you that you aren't black if you don't vote for him, I say that you should give him the finger and walk away.

Yeah, I'm pretty sure this was one of the reasons why Obama won by such a large margin in 2008. McCain was pretty popular with most Republicans, but Palin was only loved by the fringe and far-right while the rest of the party couldn't really stomach her. And considering McCain's age and health, there was a big chance that he could die in office. So probably more than one republican went and voted against Palin in the election.

Looking at Biden's potential VP choices, I would choose Val Demings, as she seems to be the most progressive of the bunch.

Looks like there is a movement to unite the independent left under one party or at least one leadership. Howie Howard is all but guaranteed to win the ticket for the Green Party, and got also selected the Socialist Party USA as their nominee.

And if I would be american and live in a state where I could vote for him, I would do so. 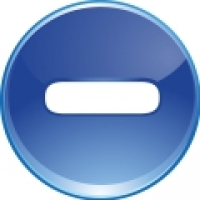 Well, either Trump wins or America becomes a commie shithole in about ten years.

Hell even if Trump wins the US becoming a communist hellhole it's only delayed, we would need to figure how kill the commie cancer that has infiltrated every fucking institution in the country and the world for that matter.

I think they should implement ranked choice voting.  Doing so would would allow you to vote without throwing away your vote.  And, I'm fairly certain that an individual state could elect to do that on their own without the feds input.

Anything other than winner takes all would be an improvement for sure. Even just small baby steps like splitting up a state in several congressional districts would be very appreciated and more representative of the population ant their voting as a whole.

If that's the alternative to a dictatorship, then I'd gladly take the "communist shithole"

Seriously, the democrats would be considered center-right in Europe, with some of them even outright right-wingers. Even Bernie Sanders is just a social democrat at best.

Finally, many, many Americans tend to confuse the left-right axis with the libertarian-authoritarian axis. But I think this video would be better at explaining what I mean there:

Long story short: The US are lightyears away from communism, or even just some light social democracy for that matter.