Thought of this since today is no longer International Women's Day.

Men, for those who don't know, can kick as much ass as any women. Boys can be powerful AND sexy too, I say! But who among them kicks the most ass?

Let me say that I think Joel from The Last of Us is the best candidate because he's just a badass who happens to be a man, instead of the other way around like all of tha overpowered Gary Stus in mankini armor out there who r like "Look at me, I'm a man and I can do anything, so fuck you womanz!"

Also, I'll give mention to some of the men who had a major impact on video games. Here are my favorite male game developers:

...Yes, this is a cynical, sarcastic, somewhat mocking thread that was inspired by another recent one. In honor of International Women's Day, Captain Explosion posted a thread called "Most Badass Women/Girls in Gaming", wherein we listed the cooliest female characters (and occasionally developers) in gaming according to each individual. I just thought I'd take a moment to highlight why society feels obliged to occasionally do these things, to occasionally take a moment in time to acknowledge the achievements of women (real or fictional) and such, by doing a little role reversal. When one reverses the roles, the absurdity of the situation becomes readily apparent. We don't need a special day or special lists to remember that men can do whateverz they set their minds to or that there are many outstanding men involved in games development or that there are male characters in fiction who are coolsies and capable and inspiring and all. But we have to consciously remind ourselves from time to time that women contribute to the world (or even to fictional worlds) too, lest we most likely forget.

In other words, there's a certain sadness to International Women's Day...which is that it has to exist in the first place. It's existence reflects the sheer lack of confidence that women have in ourselves overall. Maybe if society acknowledged the contributions of women to this world as worthwhile in the everyday, like it does those of men, we wouldn't need to have a special day. That is all.

King DeDeDe, he is my favourite character to play as in smash bros.

Why are people participating in my bad-faith thread in good faith?

Lots of things don't require special days, but it turns out that people just like having them for various reasons. Do we need special days to celebrate our mothers and fathers? Not really. If you had/have good parents, chances are that once you pass a certain age, you're always pretty appreciative of what they've done for you. Nevertheless, it doesn't hurt to have a day set aside to remind us to SHOW that appreciation.

People absolutely do acknowledge the contributions of women. Doesn't mean there can't be an international women's day.

Lack of confidence? Are you kidding? Women are, and always have been, incredible. As soon as people realize that sexuality, skin colour and gender don't mean shit, the better. History is dotted with female warriors and leaders. Even during wars, they may not have been on the front lines, but they were behind the scenes. Making ammunition, keeping families, and essentially, countries running.

There's a 71 year-old woman who goes to the jiu-jitsu dojo I train at. World class. A champion. Brown belt. She could utterly destroy me in a fight. The strongest person I know is a woman, and she doesn't expect a round of applause for having bobs and vagene. I think people need to realize that sexuality, race, and gender don't define you as a person. It's what you do with your life that makes you who you are. It's how you see things, react to things. Your personality is what makes you, you.

Also, Women's Day shouldn't exist. Neither should Valentine's Day, Mother's Day, Father's Day, Gay Pride, or any "day" that Twitter comes up with. You should celebrate love all the time, not just when megabucks corporations can make money off it.

I'd just like to say I actually read the bottom of the OP before posting. That is all.

"because he's just a badass who happens to be a man, instead of the other way around"

>I'm struggling to understand the difference.

As for thread title, I want to nominate Ryu Hayabusa. He's pretty bad ass and doesn't afraid of anything. 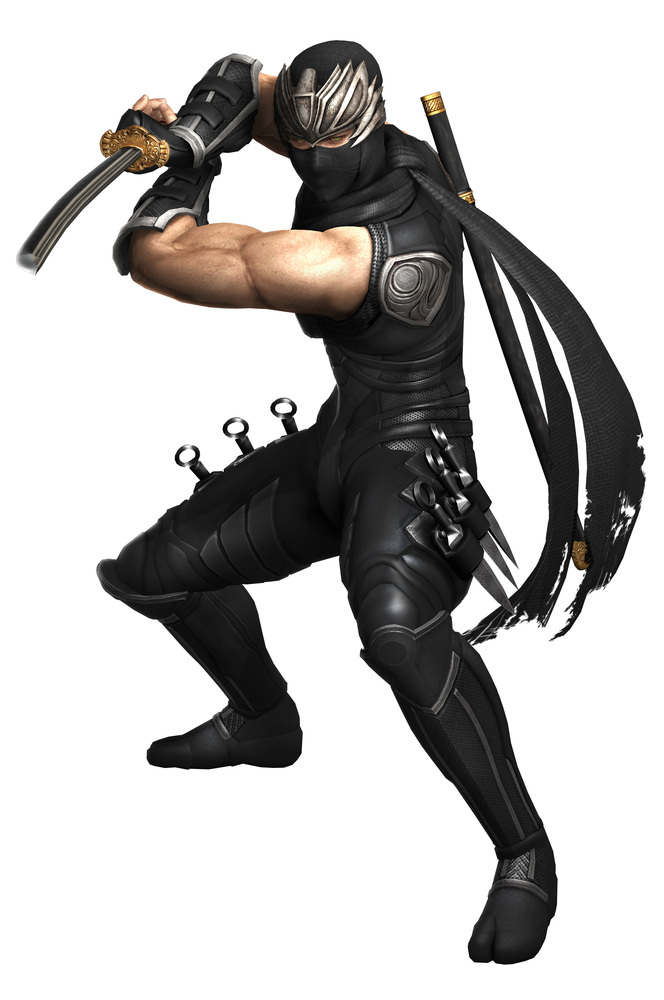