Better lifetime sales, over double sales in the same time frame, more critically acclaimed games, over quadruple the software sales and a vastly higher number of games released. Preferring the N64 is fine, claiming the N64 didn't lose is a joke. 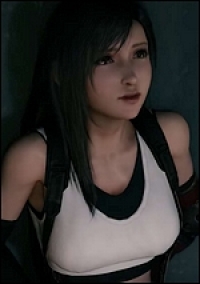 I think the debate is close.

Not doubting the PS1's success, that seems to be an issue with many on here. The view is the N64 was still very successful for Nintendo. But I guess people need to say something is a loser because.. well console industry, guess its why gaming is for kids. Moral of the story is, lets compare two successful consoles and just say one is a loser and one is a winner. The beetle is the best selling car in the world, every car aside from the Beetle is a loser. < Gaming Industry in a nutshell.

As for the software, N64 was clearly quality over quantity here. I cant think of any PS1 game scoring over a 97 meta yet I can think of a couple N64 titles doing so off the top of my head. If you know any PS1 title achieving a 97 ill be happy for you to tell me.

Never see so much denial in one humain being lol.

Regardless "Quality over Quantity" is only the case if the score is arbitrarily set at one of the few specific points where N64 comes out ontop.

That's right and by that chart, N64 is a clear winner in the 95+ meta range. Hence my point before, quality over quantity. Sony has more but Nintendo has the highest. 11 N64 games scored above a 95+ while only 6 on the PS1 scored 95+ and above.

Normally if we are talking about the best games ever made in that gen than we have to go by the highest output. Either way we look at that graph for a console to only be on the market for 6 years, it had the better overall highest game score output to a system that's been on the market for 12 and couldn't overtake it.

And thanks, I had no idea Tony Hawk Pro Skater 2 was rated so high.

It was not "very successful" for them It's one of their worst performing systems. From a business standpoint the N64 was a disappointment.

I see you completely ignored my point that choosing 95 is arbitrary. The N64 wins if you choose 95+, you don't have to choose 95+. In the majority of benchmarks of quality PS1 wins. Drop a single point from 95 and PS1 wins.

You can make whichever system win if you choose to make it.

You are really bad at analogy.

Comparing two cars that aren`t competing in the same market one for like 10k and another for 1M really?

People buy what they think is the best for them. Similar price, PS was the new comer without any legacy and still was able to sell 3x more than a console that already had several successful IPs and record track entering its 3rd generation.

PS1 only sold for twice as long because it was a success, N64, GC, WiiU, Xbox original were all cut short on track because they didn`t sell well at the time they were cut. Look for NES and SNES and you`ll see that they were sold for even longer than 10 years.

Well the majority of critically acclaimed games you were already debunked. And funny you bring that because for the last 3 years you have been downplaying it.

You may think it like the 30M or so that bought N64, but over 100M though the best games were on PS1 so they bought it, unless again you think people go and buy for similar price what they think is worse.

Funny you bring piracy for the major reason for PS1 winning, it basically sold 4x as much SW as N64 that didn`t had piracy. So majority bought for the piracy but still had like 10 games of attach ratio, higher than N64 with the "majority of critically acclaimed games", strange isn`t it?

PS1 had already outsold N64 2:1 with the same time on market. The tail end sales were just bonus.

I really think you should stop while you are losing and save face.

You are really someone from the newer generation where everybody is a winner just for existing?

Yes someone can be successful being second or third, but can`t be the winner, the winner is just whoever finish first.

Genesis was ahead of SNES for most of the gen and lost for a very small margin, the same can`t be said about N64. Perhaps you were more mature when you were 10?

You really don`t know anything about administration right? Look at the sales curve of N64 and please give me an estimative of how long it would take for it to sell 100M. Will give you a hint, NES was production in Japan for like 30 years (didn`t sell 100M even like that), and the knock-offs are still being produced in some countries like Brazil.

You are the best kkkk.

So you think Nintendo gone and thought, ok we sold 80+M NES and like 50+M of SNES but will plan to only sell 20M N64. So perhaps they planned to sell 5M WiiU and since it sold 15M it is a major success?

You claiming BraLOD is less knowledgeable than you on console or sales is really funny. I will tell you again, NES and SNES were on the market for way longer than 10years, and that was because they were successful consoles, N64, GC, Xbox, PSVita and WiiU weren`t.

You didn`t know him before? Well you will love him.

Don`t forget it was also their first console to undersell the competitors and to break Nintendo domination of the market and 3rd parties, yes it certainly was a success.

You`ll see he claiming that metacritic doesn`t matter and that a under 70 game is already great, well I`ll remember this thread forever.

You hit me with some pretty fair points, I cannot argue with the decline the N64 made compared to the SNES, maybe pricing not sure, definitely wasn't on the store shelves as long as the SNES either, but it is a decline none the less. I actually thought the N64 sold in the 40s, similar to the SNES seems it didnt. So I now withdraw my argument.

As for the meta, only reason I am picking the mid 90s is due to finding out the best games of that generation and normally the games with the higher metas are the favoured games of that gen.

Good calls. N64 is my favourite console iv ever owned so my passion had to come out, hate when people say something "lost" when its a business but that's just me. Plus I am drinking so my debating skills are not at the top of there game.

I withdraw everything I said to everyone in this thread, and apologise.