Originally I thought they'd be multiplatform but I've put some more thought into it and I've came to the conclusion that LucasArts likely doesn't give a sh*t and are more interested in just finding the right developer, I mean, why would they?

Likely if Microsoft makes the best pitch and can offer the best team for the job, Disney will give them the license and not particularly care if it's exclusive or not, cause it isn't like they'll lose any money, very good chance they'll still make a lot of money and they'll be dozens of studios likely working on multiplatform Star Wars anyway, if they do a no-exclusive clause they're just restricting themselves (no Microsoft, no Sony, no Nintendo) and it seems Lucas and Disney have actually realised finally it's better to be open to everything.

Grounded and As Dusk Falls weren't in the article but I doubt Jez means those two as "big" titles.

Project Mara could maybe release this year but would he count that as big? I doubt it but insiders have been known to overhype stuff at times...

The rest of the titles have no chance of releasing in 21, except...Starfield and maybe Forza Motorsport.

So those two Imo, I think Forza Motorsport could have an early release Tbh.

Yup. Playing through the rise of Bane would be pretty sweet.

Probably will be nothing!

Also, technically, Wolfenstein III has been announced, just not with a trailer, Lol, Pete Hines confirmed it's happening.

The more I think about it, the more it makes sense that inXile are doing the KOTOR game:

Yes both lucas arts but they were from behind tim schafer the brains of these story these intro were amazing and he left lucas arts and created double fine after he did phychonauts 1 as his biggest story telling project , I think it be fitting he did grim fandango 2 , also dont miss full throttle intro alot of thinking big brain intro too, Watch entire full throttle intro until youtube video ends

Inxile is growing and their wasteland 3 was a success on metacritic, their recent hiring's of some high name devs for both those FPS game And this kotor 3 or reboot seem amazing hope some obsidian vets give inxile some pointers to this kotor.everyone said kotor 2 was better than kotor 1 story , kotor 2 would have a higher rating than kotor 1 if it were not for the bugs etc but the kotor 2 story from obsidian was beyond kotor 1 story .

I would also mention that the rumours of them having a massive budget, bigger than even Playground Games and Obsidian who have more recent experience on AAA's than InXile does, plus that huge studio they upgraded to, does make more sense when you think it could be Star Wars IP rather than a New IP (That'd be a huge risk to take on a new IP with a studio that hasn't ever done a big production).

Of course Brian Fargo is an industry legend but it's still a risk that I reckon most would be wary about doing on a brand new IP but when you hear that it may be Star Wars you think, ah, that makes more sense. 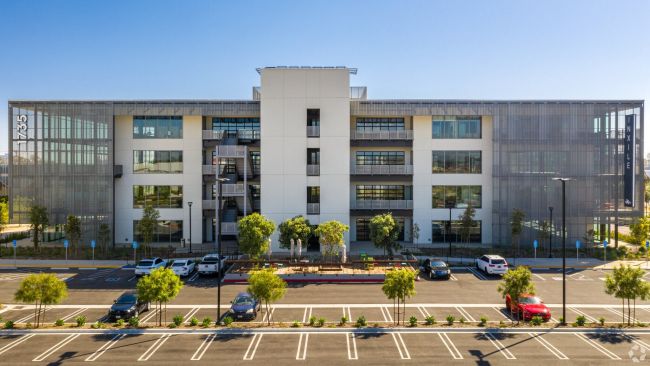 Of course this speculation could all be wrong though, it just makes a lot of sense.

Hope obsidian helps abit in this kotor everybody said kotor 2 story from obsidian was way better than kotor 1 story if kotor 2 didn't have glitches etc it would meta higher than kotor 1 by bioware , obsidian could help them me thinks few vets :)