I agree that White Owls would be a nice get for XGS especially considering that their first game was pretty interesting and I personally liked it a lot. But I really do hope that in this case MS won't interfere in any projects they currently have. Swery+Suda game is a complicated situation because it will probably be a joint development between White Owls and Grasshopper, so if one of the studios will become MS first party in the process, the development and publishing will be tougher unless MS will allow them to work without any interference at all. Unfortunately, as it stands right now, MS is not a gaming media darling at the moment so they have to act really cool headed because any small misstep can result in a huge shit storm against them in the media and it's the last thing they need right now. 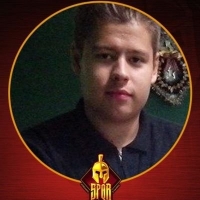 I really hope they don't wait until E3 to announce the specs and the launch titles. In regards to the recent leaks about specs: if they are accurate, I think we will see the Series C/S launching at $249, the PS5 at $399 and the Series X at $499.

I don't get that logic to be honest. They want to give people who just bought into this gen new content for some years but those who buy into next gen shall suffer from that.

Those who just bought into this gen have thousands of games to choose from already. They don't need 10 more games just to feel good.

They tell us that they learned from their mistake to have a worse performing console this gen just to release games for some years which have to run on exactly this weak hardware? WTF

To think even further about it some XBO owners might even think that a PS5 is a better option when they See that MS's games still release on their XBO.

With online gaming so important nowadays you need to get as many people as possible the first years to buy your console so that people have many friends to play with. Many just buy what their friends have to play Fifa, CoD and other games with.

Releasing your own games still on last gen consoles totally works against selling your new console as fast as possible to gamers.

Solid game but definitely not a must play.
Story is very simplistic and could be summarized in a few minutes. There are barely any main missions and the few that there are, are usually not that exciting either. Most of the game is about doing side missions which are almost always about clearing out enemies from different locations.
Interaction with NPCs is kept at a minimum. You can buy stuff from them but there is no point in talking to any one else in the towns. Some will give you money for doing specific side mission that are also available even without talking to them but the game doesn't really tell you where to go and which NPC promised you the money so instead of asking everyone at every town, you would probably just ignore them entirely.

Gameplay is quite alright though so doing these same-ish missions over and over can still be fun. Guns feel good even though the variety isn't even that great. I played through the whole campaign and only unlocked 5 guns as you can only find them in special places. You can also find and unlock a variety of abilities and there are tons of upgrade options for them, guns and vehicles.
I finished the main story in a little under 10 hours but you could be even faster if you really wanted. There come a point where you're required to do all the side mission stuff so that the next wave of missions become available. I did a little more than the required minimum to get some more upgrades and work on some achievements.

Driving sucks though. There are races in the game but I never did another one after the one you have to complete in order to advance the main story.
The game is pretty big in size but also very very empty. There are some random enemy encounters along the way but everything seems dead and uninspired. You're forced to drive through these areas all the time as there exist only a few fast travel points.

For some reason the menu that pops up when pressing the select button (where you can find the map, upgrades, logs etc.) will freeze for several seconds every time you change the tab. It's just so weird. How did they ship the game knowing that this would happen and how come they didn't patch it?

All in all the game is good enough to play, especially when it's included in Game Pass. The game is pretty short and doesn't have a lot of replay value, so I'm glad I didn't have to buy it, however I would consider buying the DLCs when they're on sale.
7.5/10

Don't have high hopes for it. It will probably score well but everything I saw is just the same old battle system mixed with a world that is simply bigger than the hubs in previous games.
I don't really see many RPG elements and I doubt there will be exciting quests other than the main story of Dragon Ball Z.

The game would've been so much better by following Goku during the DB era. Not being able to fly around all the time (Nimbus excluded); far more, varied and interesting NPCs. Actually seeing the progression of Goku's power - the time where energy blasts were something special or where you had to dodge bullets and rockets. Much more opportunities for quests that aren't just "go there, beat these guys". It would simply make a much better RPG.


Quite recently finished Super and I'm not a fan. The last saga is alright I guess but there are just so many things wrong with it that I would put it at the very bottom of all of Dragon Ball, yes even below GT - by quite a bit actually.

MS not dropping support for Xbox One any time soon is the price you pay for GamePass. They're much more interested in growing their subscription base than selling any particular piece of hardware, and showing their customers a steady influx of new first party titles is key to that strategy.

Honestly I dont see the issue with releasing XBO games throughout 2021. That's still early in the gen and the difference from last gen won't be that large.

Wow you were really late to the party huh