Definitley the SNES. You just look at their library and you can say without a doubt it had the best games that gen and no other system could compete. It had it all.

There are different ways to define best console or games. Appreciating the invention of franchises and genres is one.
But better games meaning a better console is a common definition.

(Although the original Punch Out being a rare exception, where I liked the NES version over the SNES sequel.)

For me, the SNES was the best Nintendo console because I enjoyed the games on it the most.
Aside from the ones I mentioned above:

It had an abundance of third party games, on top of its great first party lineup, and that made it my favorite Nintendo home console.

It is very much a matter of taste.  I think, because I lived through this era, that I actually like harder games.  So the difficulty of say, Metroid makes Super Metroid seem better to most, but I actually like Metroid better.  Also some of these NES games relied on things like an instruction manual or other inserts to be playable (like Zelda).  If you try playing the game now without these tools it doesn't feel quite right.

So, I actually do like the NES games better in probably more instances than you, but also, at it's time it was far more amazing than any other console in its respective time.  For me Mario 3, Zelda, Metroid, Mega Man 2 and Punch Out were the best in the series.  The other franchises I mentioned have better entries on later consoles.  But even considering all that.  It would be nice to have a modern console with this level of originality.

The NES for how it affected the industry:  Established the 3rd party business model, made D-pads standard over 8-way joysticks, and of course, how its library helped to shape gaming going forward. Not to mention how it resuscitated the home gaming market in the US after the crash of '83.

The SNES for so many stellar titles in its well-rounded library of games and how gracefully it aged.

Both are my two favorite systems of all time.

I think you knew my answer. 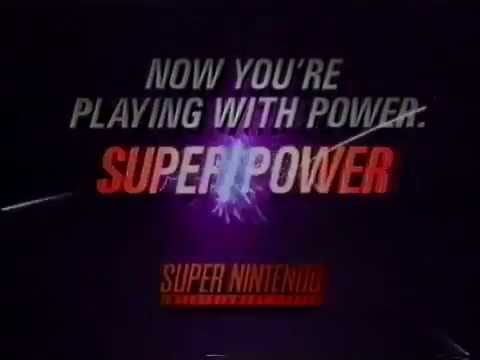 From the ones I had?
Switch.
The games I enjoyed a lot are BOTW, Dark Souls, Hollow Knight, Fortnite, Xenoblade 2, and many others.
Waiting for SMTV and MP4.

id say the snes it was utterly brilliant and a proper gamers console. gamecube for me was also very good especially because phantasy star online had released on it with the broadband adapter. n64 apart from a few good games was mostly rubbish in the end

Well it wasn't the difference in difficulty that made me like Super Metroid more, but I like how you re-tread old ground in the sequel better than the first, on top of all the fun abilities you could use like the Speed Booster.
Though on the subject of NES games being more difficult, I do think that's generally true. But also, many of those games were more difficult because they were designed like arcade games, with no consideration for the players time in mind.
As in, no way to save your progress or continue, after a few deaths. For arcade games, that made sense because they're designed to make the player insert more coins to continue.
Not every NES cartridge had the capability of saving data though, but some games used a password system instead to let players get back to the stage they last reached. (Though this could also be used to skip stages if you wanted to cheat and knew the code.)

Anyway, I feel like my favorite games are not particularly difficult. And some have even been too easy. So I don't think the difficulty is one of the more important factors when it comes to my overall enjoyment of a game.
I've played games that are difficult by design, like Nioh. And the difficulty itself was enjoyable. But it didn't make the overall game much better.
And it was a good game. Just not a game I consider one of my favorites or anything like that. On the other hand, I found Nier: Automata to be too easy (on Normal) and yet it is one of my favorites.

Yeah, Metal Gear Solid on PS1 did that as well, with a codec number you had to look up on the backside of the box of the game.
But we actually didn't have the game box, so we thought we were supposed to look at some item in-game.

Master System had Sonic, Alex Kid in Wonderland, and some other cool games as well, but I preferred the NES library.

Mario 3 is actually another rare example where I liked the NES version better than the SNES Mario game.
But they're strange games in that while I was playing them, I really enjoyed them. But when I now consider replaying either one of them, I get the feeling I dislike both of those games.

I think the WiiU had the two best Nintendo games ever made - Mario Kart 8, and BotW. So, I'm gonna go with it as the best system. It also has the dumbest gimmick, but that doesn't negate the awesome games.

Sorry, but as blasphemous as this sound to the users who say otherwise, I rank the GameCube above the Nintendo 64 as well.

The 3rd party support the GameCube received was CONSIDERABLY better than the N64, whose 3rd party support dried up after 1998. Outside of Star Wars and the WWF/WCW games, what else was there? Meanwhile, the GameCube, which also got Star Wars and wrestling games, had Sonic Adventure 1 & 2, Sonic Heroes, Resident Evil 4, and Tales of Symphonia, all of which were on par or better than the Rare games on the N64. The GameCube was the system that saw Nintendo start repairing a lot of the burned bridges and damaged 3rd party relationships they had with the Nintendo 64, and to a lesser degree, the Super Nintendo. They started cutting back on a lot of their BS and started making a conscious effort to involve 3rd party companies and meet them somewhere in the middle.

As for the First party games. The GameCube introduced some of Nintendo's now bigger and more prominent franchises: Luigi's Mansion, Metroid Prime. It was also the introduction of Animal Crossing outside of Japan because the N64 version was never released overseas. There's also Pikmin.
Furthermore, some franchises that were absent on the Nintendo 64 made their comebacks on the GameCube: Metroid, Fire Emblem (consoles/first Western console release), Final Fantasy (While it only had Crystal Chronicles, it's better than what the N64 got - nothing.), Metal Gear (The Twin Snakes is better than nothing at all.)

Almost every major or signficant A & B tier Nintendo franchise you can think of got a game on the GameCube: You had Mario in just about every franchise/genre he covers, Zelda, both 2D and 3D, Smash Bros., Metroid, Pokemon (that wasn't the mainline handheld games), Fire Emblem, Star Fox, F-Zero, Pikmin, Animal Crossing, Kirby, Donkey Kong (sort of), Eternal Darkness, and Wave Race. All that's missing is Earthbound, Kid Icarus, Yoshi, Splatoon, and Xenoblade. The former two weren't on the N64 either, and the latter two didn't exist yet. The GameCube was the last time Nintendo really tried to give all of their franchises attention and success before they started leaning too heavily on the Wii series, Mario, Pokemon, and Zelda. Since then some of the lesser ones went into hiatus for a long time like Pikmin and Star Fox or just straight up died like F-Zero and Wave Race.

It's a case of quantity over quality. But, there was most definitely quality, some of which was better than what preceded it on the N64.
Melee >> Smash 64
Double Dash > Mario Kart 64
F-Zero GX > F-Zero X
Mary Parties 4, 5, 6, & 7 > 1, 2, & 3
Thousand Year Door > Paper Mario
And what will probably be the most blasphemous thing I say on this post:
Super Mario Sunshine > Super Mario 64