It's often claimed that games from the early years of 3D haven't aged particularly well, as like any new form of technology, 3D gaming had its growing pains and has progressed a long way since its primitive beginnings.

Which 3D game from before the year 2000 do you think has aged the most gracefully, and why?

Still the biggest pre-BotW Zelda ever made. It had something like 8 dungeons, and way more secrets than it's sequels.

What can I say? Zelda has just aged well.

3. Final Fantasy 7 and all turn based RPGS. These didn't really have to grapple with 3D as much, since turned based combat doesn't need to solve as many development problems as other game modes.

As long as you haven't been spoiled by the Galaxy series, or Odyssey this should still be good. Especially if you haven't played a 3D platformer since the PS2 days. It kind of starts off slow, and only really gets challenging once you open the 50 star door. But those later levels are still really good.

Alphamap graphics have a certain charm to them. Disgaea is on it's 5th game, because people like hand drawn alphamaps a lot! The gameplay also holds up well, thanks to being turn based, and not live action.

Soul Calibur on the DC baby! The Champ!

It's kinda too bad so many Dreamcast games are disqualified....

Banjo Kazooie still holds up pretty well imo. I think the original Tomb Raider games play like a dream, and find their scope quite impressive, but over the years I've become very accustomed to how they work, so I understand that people will likely disagree there. The two N64 Zelda games (as already mentioned) also.

N64 games aged just fine, the big ones at least. There’s still plenty of occasions in new games when I think “why was this (things like camera or especially movement) done better 23 years ago (23?! d*mn) in Super Mario 64?” Next to a lot of N64 games you can name pretty much any Dreamcast game, especially showcases like SoulCalibur. Another game I want to mention is Blast Corps, sure it’s control was complicated but there hasn’t been a game like it, it’s timeless.

Yea most DC games are still nice looking.  Mainly replying to you because I recently ordered Blast Corps from Amazon.  Paid a little more than bottom used price because I ordered the first one that had decent cart and pics to show label in nice shape.  Can't wait to play it again.  Been awhile.  Speaking of controls recently tried Goldeneye N64 and was wondering how I was so good at controls back in day.  Just feels awkward to me now. 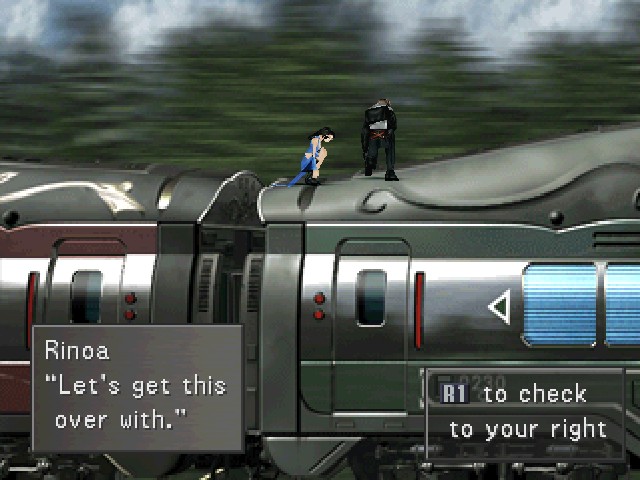 And Grandia as well (not sure if it counts as"real" 3D, though) Nintendo and Rare games on the N64 have for the most part aged vastly better than pretty much anything else from Gen 5, especially since most of them went for a more colorful and cartoony aesthetic. Also, Soul Calibur is technically a 90s 3D game, and it still plays great and looks pretty decent for an early Gen 6 title.