That explains doom on switch

Have to watch out with Disney games, China censors Winnie the Pooh for some reason. Apparently there is something offensive it to the Chinese.

The Chinese Government censors Winnie the Pooh because people turned into an anti Xi Jinping meme because they look exactly alike. 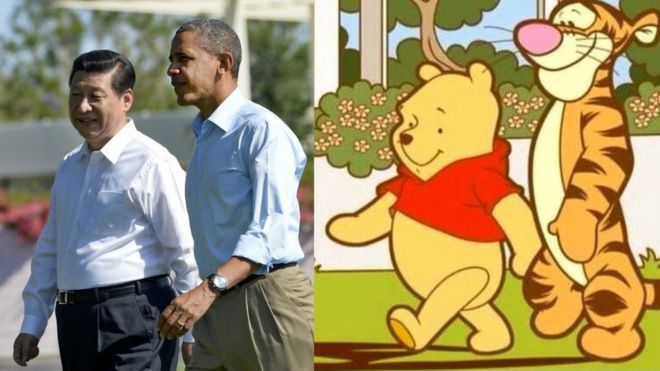 Not offensive to Chinese in general, just the fragile ego of a tyrant.

It's not really going to do much like the previous releases of Nintendo systems did in the region ...

Without decent localization efforts, to the Chinese a Nintendo system is nearly a barren wasteland figuratively speaking ...

I mean gamers, of course not the type of gamers who only play League of Legend or PUBG. Tencent has bad reputation in its early days on doing micro-transaction and lack of innovation(copycat), and the game which made its rich was basically League of Legend, a game that wasn't a Tencent game at first, also micro-transaction in almost every game it published helped a lot to make easy money from kids for Tencent. That's basically why the company is hated by most of gamers in China.

Well his image is basically a pr campaign.  Xi Jin Ping wants to be seen as this immensely successful leader who leads China into their new era. Stuff like winnie the pooh is seen as detrimental to the image he is trying to cultivate.

Well, it is not a surprise honestly but it is good to see some perspective from a chinese gamer :)

Last thing I heard of Tencent was that they're evil. What's the current take on it? Should we be mad or are they good now because they're dealing with Nintendo?