Forums - NSFW Discussion - Are you circumsized ?

I'm actually shocked about the result of this thread. in all my life and 100 of locker rooms I visited, I saw maybe 1 circumsized dick (even then I didn't realized it, I thought wtf why has the a dude half errect penis). none of my friends is circumsized besides my cousin for medicial reasons (which he was rather recently and he doesn't really feel different).

Did you know that if women get a mastectomy there's a greatly reduced chance of breast cancer?

Whether this thread comes up you always get two kinds of people.
"I am circumcised/uncircumcised and chilled discussion"
"I am NOT mutilated/have a gross *****, insert strawman arguement and shame on you for not being like me"

Literally not a single person has criticized others for being circumcised. Nobody is saying that it's inherently bad, they have a problem with the PROCEDURE BEING DONE TO CHILDREN. because it IS a form of genital mutilation, it is a decision that affects people their whole life, and it should not be done on infants for anything other than medical reasons. That should be the end of the discussion, but apparently it's not.

If you grow up and CHOSE to get circumcised, then that's completely up to you. your body and all. If you wanna pierce your dick or get subdermal implants, that's up to you. Your body, and all. you shouldn't have such a major choice forced upon you for no good reason. I pierced my dick (apadravya, if anyone's curious) but that doesn't mean I should pierce my kid's dick. My friend pierced her ears, doesn't mean they should pierce their kid's ears without the kid wanting it. you shouldn't be mutilating and modifying someone else's body, especially not part of their body that will be VERY important to them as they grow up and especially not before they have the cognitive function to have a say in the matter.

Considering you are an adult for 3x as long as you are a child/teen on average, it's stupid to make a permanent, life-long decision on behalf of someone else for a period of their life that will likely comprise about 1/4 of their total life. 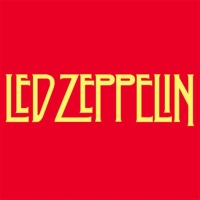 Super late response but at work and saw this in notifications.

First off to be honest most people have not said what I have claimed but I did see a few, to be honest didn't bother me but calling out someone having it done for medical reasons as mutilation is a bit short sighted

Which still leads me to my other point, while solely religious or cosmetic reasons on children is in my and a lot of people's opinion not good I still think people do overlook the fact that it does have medical benefits which when done when the child is older can cause more problems.

Which still leads me to my arguement of the appendix and tailbone. While people will use the arguement of evolution etc. (if its still there there must be a reason) the tailbone and appendix almost "literally" (correct me if I am wrong) exist just to be a burden for a few unlucky people.
Thus in the future we found a safe way to remove these, would we not want to this to our children when it is risk free at that point?

To be honest, most people will thankfully never need to get circumcised but since it does not take away from pleasure etc. while removes the risk of phimosis and other conditions, I don't really think it deserves the title of mutilation if done of these reasons

I wouldn't buy the "prevention of phimosis" argument either. It's incredibly rare. It's like cutting off their testicles and removing their prostate as well to prevent some forms of cancer that are far more common.

so please don't misrepresent what I'm trying to say here. I never once said that getting cut for issues is a problem and I don't liken medical emergencies or medical needs to unneeded baby genital mutilation. They are not the same, I've never said they are the same, and when a doctor says something you should probably listen. That is not an argument I'm getting involved with.

My only issue is doing it at birth for no reason other than tradition or religion. If you prefer being circumcised, then that's your preference. You should never, ever make a decision for someone before they have a choice to make the decision or not. All the discussions about health benefits or issues, all the problems with religion and tradition, the family heritage of 'I got cut and I was fine so he will be, too', are all bad, bad, bad arguments because not one of them even comes close to the single argument that supercedes every one of them.

It's my penis and my sex life. (or your kid's penis and eventual sex life). If you don't get circumcised and decide to get the procedure as an adult for whatever reason you have, that's your decision (or my decision or your kid's decision; I'll say mine from now on to keep it simple). If I want to pierce my penis and give myself an apadravya, that's my decision. does it come with risks? sure it does, but it also comes with benefits that I chose to balance based on my own values. Getting your foreskin cut off CAN make it easier to clean and more appealing, but what if they don't want that? What if, gasp, you just teach your kid to clean himself. It really isn't difficult at all to peel the skin back and clean it, but once that skin is gone, it's not coming back without extensive surgery.

No religion, no tradition, and no infinitesimal cleanliness issues come close to the reality that you are making a huge lifelong decision for someone else without their informed consent. They may be your kid now and will be under your care for 18 years, but that's about a quarter of the average lifespan and you're conscripting them to deal with a choice for the rest of their lives based off some very shoddy logic that doesn't even apply for that first quarter of it. You're taking that very important decision - which will fundamentally alter a person's sexual experience for literally their whole life - away from someone.

Your kid really shouldn't be whipping it out to show all his friends, and even if he did it shouldn't be a big deal; everyone is different.

Religion has no place outside of church or one's own home so no jewish or muslim arguments have any place here.

If he wants to be circumcised later in life or chooses to go that route, that's his choice.

If he wants to get his foreskin back as an adult, it's virtually impossible to do so (not entirely, but might as well be.)

There are literally no good arguments for infantile circumcision. Even the strongest arguments (such as the supposed health benefits) can be easily fixed by not being a gutter trash person and actually cleaning yourself. Nobody should suffer for cultural ignorance and yes, cutting your kid's dick is a barbaric act that should be outlawed without GOOD medical reasons.

You wouldn't chop off your wife's breasts just to reduce the chance of breast cancer, would you? No, you would not. and you certainly wouldn't do it to your daughter once she hit puberty.

Yes I'm circumcised, unfortunately. Born in to a Muslim family. All Muslims practice circumcision. Was circumcised soon after birth. I'd love to have the extra skin but Allah ordered my dick to be sliced, and my parents readily gave in to his wish. It sucks to know that I'm missing out sexually. I won't be mutilating my future sons.

You meant to ask: Did we undergo genital mutilation...

Nope, that crime has not been committed against me and I loathe those who do that to kids who can't defend themselves or decide for themselves.