no Civilization Revolution 1 + 2 (but with Civ 6... who cares), no X-COM, no Rome: Total War, no Tropico, no Baldur's Gate 1 + 2, no Icewind Dale, no Planescape: Torment, no Knights of the Old Republic, no Jade Empire, no GTA games at all (I still hope for a GTA collection on Switch), no Max Payne, no Rayman Jungle/Fiesta Run (but Rayman Legends!), no Oddmar, Life is Strange games (would be a good fit), only The Room 1 (where are the other 3 games?), no République, no Ace Attorney or Layton games (seriously Capcom + Level-5...why?), no Ghost Trick,  no Hitman/Lara Croft/Deus Ex GO, no Monument Valley 1 + 2, only Batman + MineCraft Story Mode, only a fraction of good Point'n'Click adventures...

You completely miss my point, which is: inhowfar create the specs a better experience.

And do your comparison pics have JPEG-compression for the Switch-pictures? Because, look at the Hammer Head logo, it is quite round, no loss through resolution, but around the borders are typical artifacts for lower quality jpegs. So it seems the loss of quality is because of the compression of the screenshot, not because of resolution. Let's tests it. I took the original resolution ipad screenshot, resaved it as a lower quality JPG and zoomed in. It looks like this: 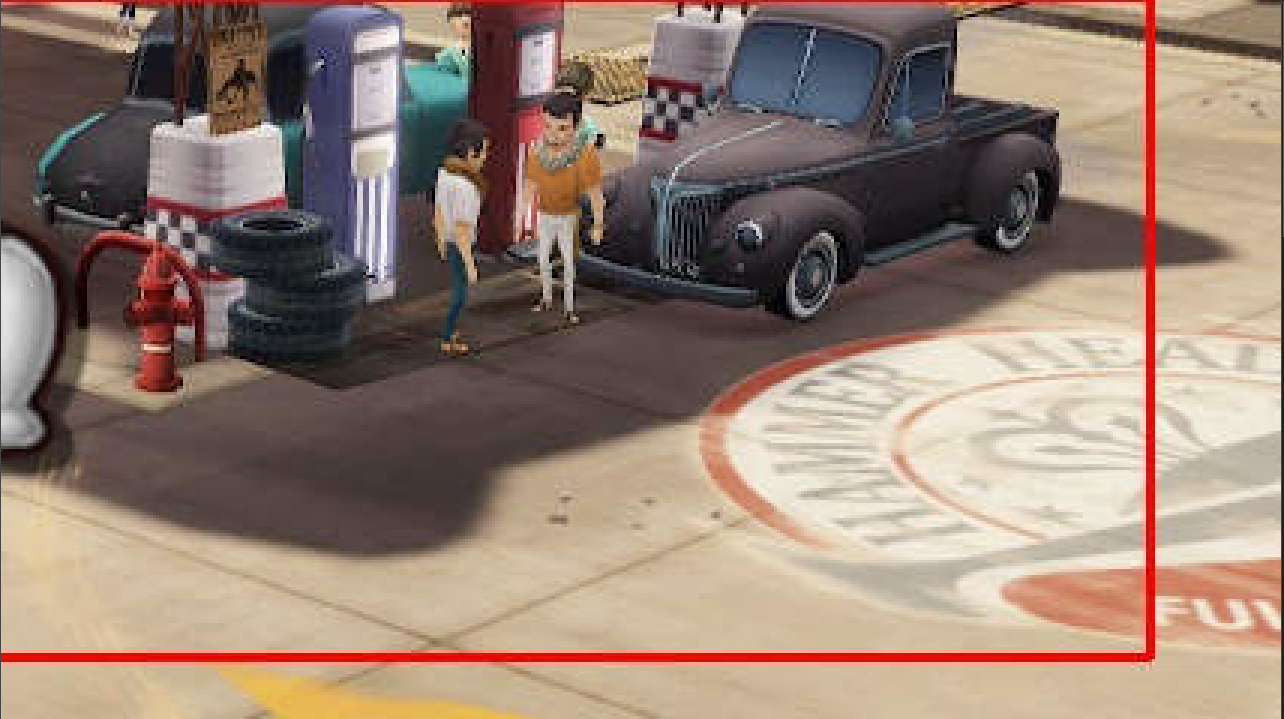 Comparison pics should be uncompressed screenshots, not something taken from the internet and blame the loss of quality on the hardware, if it didn't happen in reality. Something to remember: JPEG artifacts are typically good visible near edges of areas of different colors/brightness. The edge itself might be relatively sharp, but around it you see 'dirty patches' of chaotic pixels.

Here is by the way a screenshot from the Switch version of FFXV Pocket, which apparently isn't compressed to death. You can zoom in and look how the artifacts present in the above images are missing there.

And? Most of Switch games aren't on iPad either. This point really holds no strength. So no Breath of the Wild, Octopath Traveler, Dragon Quest Builders, Xenoblade Chronicles and more on ipad. The better specs really don't help here.

Don't misunderstand me, I don't want to reduce the importance the iPad or other mobile devices as game devices. But their advantage is not possible better specs in comparison to the Switch. Because these specs always have to materialize in games before it has any advantage to the players. The advantage are possibilities of usage beyond pure gaming.

You didn't only have one point, you made several points. And I answered the most faulty ones.

The pictures weren't taken from the internet, they were taken with the Switches own screenshot function (both in docked and undocked mode). So don't blame the loss of quality on the internet but on Nintendo's stupid decision not to allow uncompressed PNG-files instead of heavily compressed JPEG-files via the options menu:

Nintendo ain't in the JPEG-boat alone, I also hated it on the Vita when taking screenshots.

But even ignoring the JPG-artifacts you have to be blind to not see the other differences (less jaggies, more details) due to the much higher resolution... unless you don't WANT to see the differences.

You realize that your screenshot is also a JPEG (and probably taken from the internet), not an uncompressed screenshot?

But as requested I zoomed in: 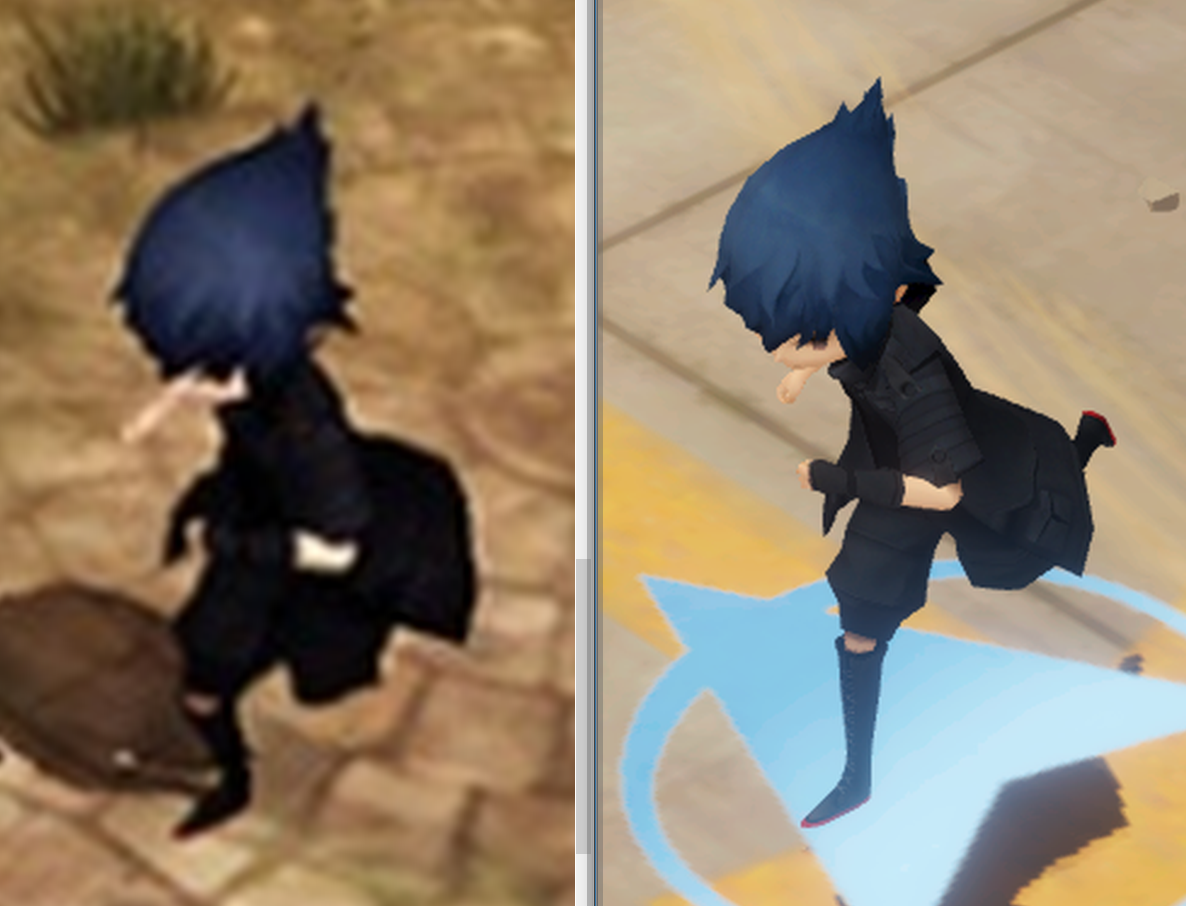 Of course the Switch has many games that aren't on iOS or Android, nobody questioned that.

You asked  "which games does it offer? Play Hearthstone with less power drain on the hardware?" and I answered with a lot of better iOS games than Hearthstone without Free2Play mechanics.

OK, I see I communicated my point badly. My point was always, that the pure specs are unimportant, for the gamer it is important what influence does this have on games. This was badly said in my comment about Hearthstone: that the versions of Hearthstone (or other games) really do not profit from the better specs, because the game stays the same. Maybe you have less drain on the battery, as the hardware isn't in much demand.

Sure, so the Nintendo screenshot function is bad. Still the pictures strongly disrepresenting the graphics quality on Switch so your comparison was flawed. I am aware, that I took the image myself from the internet (as I don't have FF XV pocket and no equipment to take screencaps from HDMI-signals) and that it is still a JPEG, but as you should've noticed it missed the compression artifacts, it was already in much higher quality.

In the end I don't want to say that there aren't minor differences between the iOS version of FFXV Pocket and the Switch-version, all I am saying is you images were grossly disrepresenting the differences.

What? You say I moved goalposts? I never argued your list of games, I picked the ones that were on Switch too and pointed out there are not much differences. Then you suddenly moved the goalposts and talked about games that aren't on Switch. On this goalpost-moved point I answered by pointing out this works the other way around as well.

Front pocket? Back pocket? Cargo pants?  I mean seriously, what's your secret?  And do you feel the Switch is safe when doing so, especially with the joysticks sticking out?

The inside pockets of all my coats and jackets are big enough for the Switch. So except of the summer time it's no problem at all.

Front pocket on most of my pants, haven't tried any others, and I don't do cargo pants. However no, I do not feel it is safe, but I have done it many times nonetheless lol.

People think Switch is something new.

Truth is, Switch is a 'hybrid' of a puppy and a dog.

Nintendo has had the golden goose all along but ignored it due to ''profits''. Profits that quickly evaporated when they screw up.