I doubted that it did, big difference which means I'm not absolutely certain ...

I don't think it is outside the realm of possibility that some of the new MS-owned studios will make multiplat games.  At least one current MS owned studio already does - Mojang.

I guess it depends on how you define multiplatform, the only thing I imagine they'll release on rival platforms is any new Minecraft related games, which would of course come from Mojang.

Kind of an odd move if true. For starters, the developer pushed really hard to break off of Square Enix last year because they wanted their independence. The only reason I could see them considering being bought out is if Hitman 2 isn’t showing any sort of promise financially. Seeing as that franchise is pretty much the only thing that studio has going for it, a bit out would be pointless if that game no longer has the mass appeal it used to. But, most of the studios MS has bought out recently we’re odd choices, so I guess anything is possible. 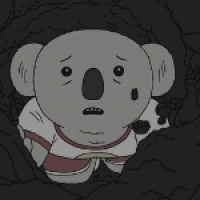 Yeah here's the quote saying they own the IP “Crucially, we will keep all of the rights to the Hitman IP,” Abrak wrote. “This is a watershed moment for IOI. As of today, we have complete control over the direction for our studio and the Hitman IP — we’re about to forge our own future and it’s incredibly exciting.”

Are they just going to keep gravitating to new publishers or something? They went to Warner bros after SE so they already have someone to help publish their games and deal with the money issues. Maybe they wanted more money. If they go to MS it's definitely not the independence, but the money they wanted.

If this is true, MS is really throwing around their money like crazy now trying to get studios that already have publishers, which is extremely bad for the gaming industry imo... and as someone that isn't fond of MS at all and wishes they would get out of the gaming industry I can see a bleak future ahead for smaller studios. Maybe even bigger studios.

Square Enix pushed for ending the partnership, not IO Interactive! IO Interactive made the best out of that situation, but it wasn't their decision to go separate ways.

Here are interviews with both sides:

I don’t consider the Hitman IP as powerful. This studio needs something new to work on.
Perfect Dark would be awesome

So did Respawn, but EA offered them a big sack of money and they took it. Big publishers seem to take on smaller studios that are either weak or down on their luck after a few years of flops here and there.

Why do so many people become upset when Microsoft aquires studios but we rarely see the same level of anger when Sony or Nintendo does likewise?