People start changing the subject a lot don't they? The question at hand is, "Is the iPad Pro as fast as an Xbox One?

Answer is, yes pretty much. iPad pro GPU is 3x faster than the iPhone X GPU, so it isn't that surprising. Weird to see all these "I doubt it", "they're lying" "it throttles" "can't game on an ipad". Yeah none of that is the topic. They're not lying, technology moves forward, with 7nm and a more expensive price, they have tripled the GPU speed vs what you could buy in mobile 2 months ago. Tablets don't throttle much compared to phones. And I won't buy an iPad and won't game on the iPad, but clearly nVidia can match Apple's GPU (but not their CPU), so it does set a new ceiling for mobile GPU performance. Xbox One is in reach this year, never mind next year.

Also I've seen these weird comments multiple times, about why is Apple comparing to the old Xbox instead of the Microsoft Surface? That should be obvious. The Xbox One has a much more powerful GPU than the Surface. No point in comparing the iPad GPU vs the Surface GPU, because they aren't even in the same league. iPad GPU is multiple times faster. Apple also just added all the nVidia type features, the memory compression and the tessellation engine.

I really wish nVidia or AMD or even Intel would bring the same excitement. Apple's silicon is moving ahead much faster than the other companies, largely because the cellphone business is so competitive and brutal. Think about it, the new Macbook Air has half the multi-core speed of the iPad Pro... I'd much rather have the iPad pro running Mac OS X than buy a Macbook.

Yep. I did screw up the quotes. I was in a rush at the time.

Never made the claim that it didn't.

The point I am trying to convey is simple.
There is more to graphics than just resolution and framerate. - You need a proper top to bottom analysis of the entire rendering pipeline to see which one is fundamentally superior at a technical level.

Perhaps I am not just as easily impressed by mobile chips being able to beat out such archaic, mid-range/low-end hardware?

nVidia could do it now. - Maybe not on the CPU front, but certainly on the GPU front. 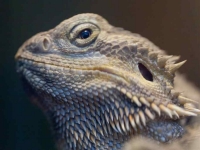 It better be as strong, considering that thing will probably cost twice or three times the price lol

Well one was a partly outdated piece of hardware when it released for €400 (+ kinect), the other is a new state of the art tablet which costs €1.000-. I would be shocked if it was not.

Seems to have crazy performance for a device under 500 grams.

Performance difference aside there aren't many improvements to the 10.5'' (almost same size, weight, resolution, camera, battery capacity, both 4 GB RAM, 120 Hz True Tone displays, 4 speakers...) and I don't want to lose the home button, the headphone jack and a rectangular display (don't like the rounded display edges of the new iPad Pro).

Personally, I can't stand the home button on my iPad anymore. Face ID is much more convenient. I think the major advantage these Pros have is the location of the smart-connector and the magnets on the back of the device, the old location made the connector dumb, it just doesn't allow for much flexibility for third parties to make cool accessories like keyboards and such. Not buying one anytime soon though.

So is the iPad Pro an Xbox One S class of GPU?

Likely it is. The Xbox One S is only slightly quicker than the original Xbox One launched in 2013, and that console would struggle to achieve 1080p in games of that vintage. The Vega iGPU in the Ryzen 7 2700U offers more theoretical FLOPS than the Xbox One S, although at a higher TDP of 15-Watts, compared to the iPad Pro. In the synthetic tests, the iPad Pro scored higher than the Vega GPU, albeit at a lower precision, but regardless, there’s little doubt that the GPU in the iPad Pro is quite powerful. Add in the efficiency and the lower TDP, and results are even stronger. On the sustained performance run, the iPad was averaging just under 8 Watts of draw for the entire device.

The top tier Ipad pro has 6GB of RAM and runs a considerably more optimized OS with very little overhead. I don't think RAM is as much of a limiting factor there.

What might be more interesting than the Xbox one s claim though, is that the ipad pro performs on par with the the 15'' macbook pros according to geekbench.

That would in theory make the 2000$ pricetag more justifiable, since at least powerwise it could be a full-on laptop replacement, but since it is hampered by IOS not having a proper file system and Apples refusal to put MacOS on the Ipad, it is a whole lot of wasted power.

Loool at anandtech, xbox one severely outperforms the 2700u, the 2700u get an average of 20fps in witcher 3 at lowest settings with resoluation at 720p. Anandtech need to get a clue.

The 2700u isn't specifically optimized for a game that way the XBox One GPU will be for any port it gets, PC versions of a game have to run on a broader scope of machines, so the 2700u could likely perform a ways better than that if you had The Witcher 3 guys make a version expressly for that chip.

And the iPad Pro doubled the 2700u in the Aztec Ruins graphics test.

As an aside, the iPad Pro running at only 8 watts to get this level of performance is remarkable, that means it actually runs at a lower power consumption than the Switch which I believe consumes 9 watts in portable mode, despite having a waaaaay bigger 11-inch screen that runs at a way higher resolution.

This thing is definitely 3-5x better than the Tegra X1 in the Switch and runs at a lower power consumption to boot ... meaning you could throw this chip into a Switch and run PS4/XB1 quality games at 720p undocked AND have better battery life without increasing the size of the battery. That is incredible.