"God of War 4 might be bad for the industry". Ookay. But God of War has great combat and side quests in addition to good story and characters. So wouldn't many Nintendo games be even worse for the industry since they only have great gameplay? Or are good story and characters universally a bad thing for games? And is it so because that's how you think or because Nintendo doesn't focus on them?

I am sorry if these questions sound weird to you, but this thread seems a bit weird to me. Like there is a dog buried somewhere. You happen to know about it?

I don't see why i should care about his views... and i don't.

I suggest you read the following from the OP:

"Also at the end, the frustrated narrator of the video just expresses how some games are starting to become homogenized. I kind of agree which is sort of to be expected: if something is successful, other devs are going to try to adopt aspects from it because in the end, they want to sell their product. I know cinematic elements get slammed by some and I'm not too fond of them myself but if you like that stuff, I'm not gonna try to shame you for it. Play what you like, I shouldn't even have to tell you this.

God of War 4 to me seems like an alarming case of a game from a well-known hack-and-slash series adopting aspects from games like The Last of Us and becoming incredibly successful at the cost of distancing itself from its roots. This success could also potentially influence other hack-and-slash game devs to try their hand at focusing more on storytelling so much that it results in the gameplay of their games suffering.

It seriously worries me and I'm sure some of you would be up in arms if games like The Last of Us 2 or Red Dead Redemption 2 were to stray away from their single player focus and emphasize their multiplayer more (RDR 2 might fall victim to that considering how lucrative GTA Online is)."

"No more jumping which was fun and useful in previous GoWs"

"A lot of walking scenes"

Zoomed-in camera makes the combat better or more immersive. Normal people do not have eyes in the back of their head. The combat feels better because of the camera.

"Unskippable cutscenes that eat up time"

But a considerable portion of the older God of War games were also cutscenes. The cutscenes are for story telling purposes that the artists want you to see. When I go to see a movie at a theater I don't complain about unskippable cut scenes. If you don't like the cut scenes it is still only a fraction of the game. It is a very stupid thing to use against the game's large amount of entertaining gameplay.

"Climbing is worse than in U4"

The climbing is similar to the walking. It is for immersion purposes. Climbing is a necessity for verticality. People do not leap 50 feet everywhere they go. People don't scale flat rocks like in the Elder Scrolls games.

Cory Barlog: "It's a great thing, it's fun, but does it tell the story from a gameplay perspective of somebody who's in the "middle-aged god phase?""

This is one of the silliest complaints I've seen. No one cares.

One of the dumbest statements I've read.

Are you the type of person who only watches Transformer movies? How do these walking segments subtract from the the rest of the game?

"God of War is another franchise that's falling to cinematic trends"

The old God of War games were very cinematic so his complaint is contradictive.

Every video game is cinematic. That is the point of them and why they are called "video" games and if you don't like it I suggest you go back to playing pong then.

All video games are cinematic but some games are more immersive than others. The old hack n slash platformer style gameplay of past God of Wars was becoming archaic or less immersive so the dev wanted to improve it. God of War was basically an action platformer. The new God of War still has the same brutality and entertaining combat that God of War is known for but they improved upon God of War's formula by adding more to it. They added exploration and a more detailed world that encourages exploration which is great for Norse mythology. They also improved the story telling and gave Kratos a more interesting change.

Yeah, exactly. Combinig great gameplay with Last of Us storytelling and Metroidvania semi open world design sounds like a great mix to me. What would have been a better source for inspiration? Fully open world game like Assassin's Creed? Yeah, no. Or should they have made another God of War Ascension? That didn't work so well the last time, mainly because the formula was getting stale. So what would be your "solution" @KLAMarine?

So you think that they should have made another God of War Ascension? It didn't work so well the last time because the formula was getting stale. And this newest God of War has great (in my opinion much better and more tactical) combat, deeper customization and good side content in semi open world map. So how is the gameplay now (considerably) worse than it was before? Just because some of the cutscenes are now a bit longer?

Are you equally woried that succesfull games like Zelda BotW could be bad for the industry, because studios might start to solely focus on gameplay and not on story and characters. But the thing that distinguish God of War and BotW is that God of War has good combat/gameplay besides good story and characters, but BotW only has good gameplay. So shouldn't you be more worried about BotW influence?

Did you watch the video or just rely on my loose summary?

My solution? Hmm, well a fresh coat of paint could have done wonders. The idea of introducing Norse mythology is a neat idea but having a kid in the game seems too much like The Last of Us and touchy-feely goes against David Jaffe's original vision of appealing to primitive violent instincts from previous God of War games.

Also, have the camera more controllable by the player rather than being glued to Kratos's back. Then this game wouldn't need the little indicators surrounding Kratos's character model.

No, BotW wasn't as big of a turn-around on the usual Zelda formula like this God of War was to previous God of Wars. BotW isn't trying to stuff a little kid into the mix like this God of War is. Link is still a quiet hero while this Kratos is quieter and more subdued and doing some babysitting rather than being a loud asshole who is constantly shouting. Is there even a sex minigame in this new God of War?

Part of hack-and-slash genre's appeal is the over-the-top spectacle: you get a wide array of fighting moves that can be mixed up in fun and creative ways to create awesome combos that are fun to see and fun to execute. I see gameplay of this new God of War and many of the axe swings look similar to one another. Tossing the axe looks very similar every time it's done and no combo counter anymore to measure how long you can extend a series of attacks. 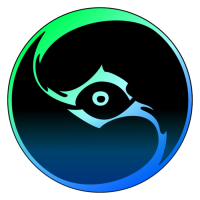 Ohhhh now i understand why they never allow me to buy GoW 3 remastered.

Of course you can buy GoW3 but if you end up liking the game for its spectacle and no-fucks-given anti-hero, there doesn't seem to be anymore of that in this new God of War.

This makes me sad