Even the Nvidia Shield tablet with Tegra K1 or a Samsung Galaxy S7 are 3 to 4 times faster than the MediaCrap SoC: 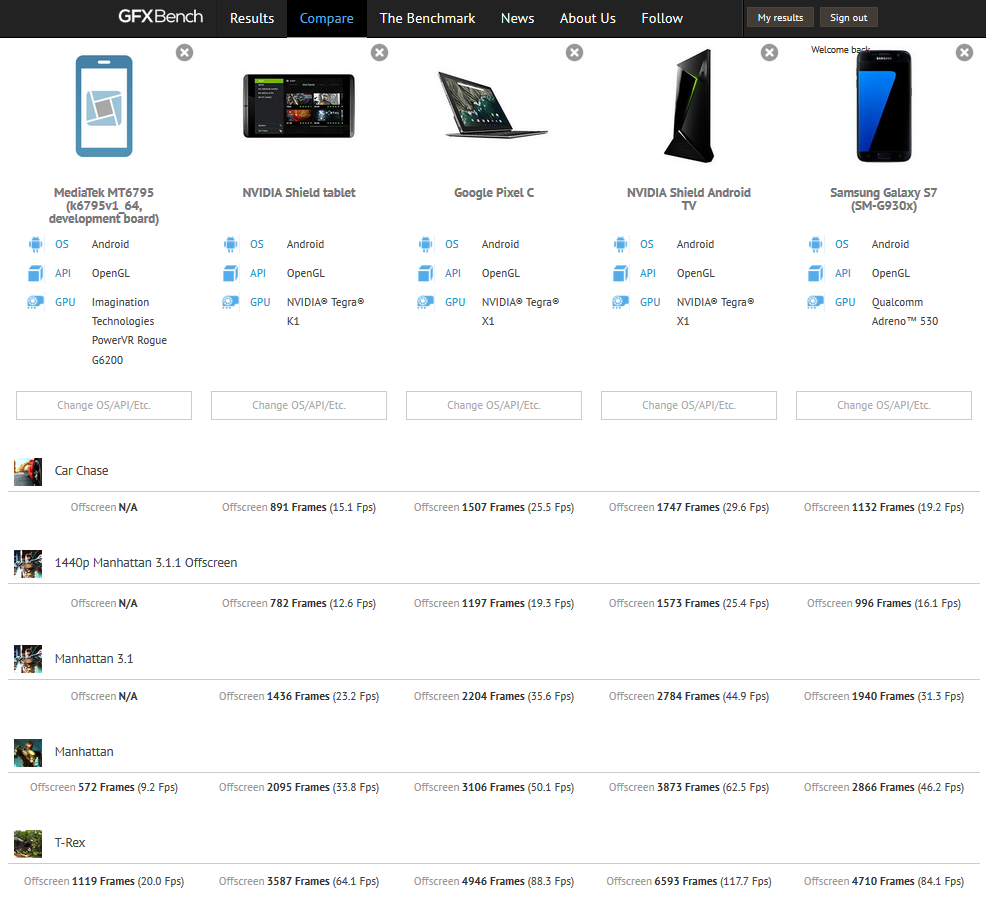 Also don't forget that most smartphones downclock after a few minutes heavy use, the Switch doesn't.

Well emulators are usually CPU bound unlike games that are almost always limited by GPU, though I guess that may not be the case on mobile.

There wouldn't be a Q n A if you just answered things clearly without abstract open ended answers. I obviously read the op. It doesn't sound like they did anything bad. I was trying to figure out if you hate them because hacking the Switch makes worse things more plausible and easier, or if you just don't like the act of downloading Linux on a Switch...

Nothing im asking is unreasonable tbh

Wait, what? How is what I said a jump in logic? You actually proved my point by saying exactly what I was saying: Linux has nothing to do with pirating games.

I was responding to the person who asked why so many people wanted to run Linux on their Switch. I said that hacking a closed, proprietary system just to run Linux on it was a bullshit cover story for the _real_ purpose of root'ing a system - being able to run pirated games.

Now I'll admit that _maybe_ the fine folks at fail0verflow only hacked the Switch "because they can" and booted up Linux "just for for the fun of it", but you're living in a fantasy world if you think the vast majority of people who take advantage of this hack won't use it to play pirated games.

Ask yourself this: If Nintendo was actually cool with people hacking their brand new console, why put any restrictions on it in the first place? Why not just make the Switch an open platform that customers can hack away on to their hearts content? Why? Because they'd loose huge $$$ in game sales and no commercial game developer/publisher in their right mind is going to put time and money into developing a AAA game that can be copied and played for free on a hacked Switch.

You can bet Ninty is hard at work trying to plug this security breach of their console asap and restore faith in their development partners.

Honestly I don't get why Nintendo don't just slap a SNES emulator on there and let us buy and play games from the eStore anyway... then again, I also wonder why Sony doesn't do the same thing with a PS1 emulator on PS4, lol.

Actually... if Nintendo would allow unlicensend apps to run it would mean nobody would pay royalties to Nintendo for putting their game or app on the device. So without piracy Nintendo has a strong incentive to keep the platform closed.

No offense, but it was very obvious what he feels just from "I hate this guy".

..there's only two kinds of gamers on the internet: those that don't mind hacking, and those that hate its guts because of piracy.

It didn't know if maybe fail was known as a pirate.. that is why I was asking.  Mnmenth..  menenethem.. uhh yeah that guy thought the answers were too obscure as well

failoverflow are fine, it's just the truth is that most people use these hacks to pirate games: there is no guarantee of a good homebrew scene, and along even good ones, piracy is a monolith: look @ the NDS/PSP for example.

...and then there were the PS2/X360. Very weak homebrew scenes, extreme piracy.

Well, anyway, now it's two less people that might find answers too obscure

Linux does not lead to pirated games on Switch, that was my whole point.

There are other projects that aim for homebrew and CFW that may be used to play backup games, but that is a whole other topic.

I don't want to begin a whole discussion of the pros/cons of piracy as it was debated plenty of times even on this forum and I'm yet to see someone change their mind based on opposing arguments. So as I said previously, I am actually waiting for a good solution to hit my current firmware in order to install some retroarch cores, but this Linux hack is not it.

Also 1 final point from my side, to many groups like fail0verflow it's not about the commercial use of their hack, but the challenge and e-fame of being the first group to bypass the security measures. Many of them don't ever release their exploits until they are patched (which this specific group has done in the past)