Forums - Nintendo Discussion - Prediction: The Switch will become the best selling console yet!

I’m still thinking Spring 2023 as the strongest possibility for the Switch successor. Nintendo’s recent comments only increase those thoughts.
New consoles are planned years in advance, and Nintendo confirmed, last year, that they’d already been at work on the successor for some time.
I don’t think the semi-conductor shortage will impact plans too much at this point. If they have a planned internal date, it’s unlikely they’ll tell all their software divisions and third party collaborators “sit on your games for a few more years until the semi-conductor shortage is over.”
Also, Switch 2’s existence probably won’t mean Switch 1’s end. Similar to how they kept the 3DS going alongside the Switch - but with much more relevance to the Switch 1. Nintendo has, in the past, commented that their next generation console will expand the Switch’s userbase. Which means it could very well work like most platform products where the next generation device becomes the more capable successor, but the previous generation becomes a cheaper entry level product. Given Nintendo’s chipsets, it’s possible that next generation chips will be fully compatible with previous software - it’s unlikely they’d make a console or OS that isn’t, or requires some kind of emulator like the Wii U did to the Wii.
Also, Furukawa recently signalled that next generation hardware would come, potentially, this fiscal year with his “no comment” response. “No comment” is basically a less on the nose message to shareholders that “we have something to announce at a later date.” And it’s no difference now since Furukawa has previously said “it’s not in the plans” when asked the same question.
Breath of the Wild 2 was also pushed to “Spring” - a vague statement - which means they might be planning something big for either the end of the fiscal year or the beginning of the next, and that game being a potential planned killer app given the success of the previous Zelda game.

How this impacts Switch 1 sales, I’m not sure, but I think it’ll be no where near as severe an inter-generational nosedive as previous generations. This might be Nintendo’s first stable generational transition since the GBA-DS, something they never achieved with their home console lines: yes, Wii was a boom right out the gate, but it was more or less bringing Nintendo back from the ashes of the N64/GameCube declines; only the NES-SNES came close - but the reason for that “stability” on paper was more accidental, because Nintendo was still struggling to get NES stock and games out to underserved markets after the SNES had launched in some regions.

Theres almost zero chance Nintendo will release a new system next year. If we are honest a 2024 4th quarter or 1st quarter 2025 is a lot more likely.

Surely if it was less than a year away there would already be major leaks about it. Also the quote system is doing something weird to apostrophes for some reason.

Nintendo is ALWAYS working on things that may or may not end up being the next console.
The 3DS is a completely different platform from the Switch. A hypothetical Switch 2 would be the same but more powerful.
Iirc they said they want to retain their userbase, BC and keeping the current NSO is what will do that.
Not commenting doesn't signal anything.

This 21mil forecast is for the current Switch console only. If Nintendo planned to launch a new console within 12 months from now, they would need to announce it within 6 months from now, which would make it 100% impossible for the Switch to sell even close to 20mil units in this fiscal year. No chance a new console comes before holiday 2023.

The OLED already has lower profit margins, a new console launching within a year from now would probably have to be sold at a loss with massive shortages. It's not feasible.

No, if we’re being honest, Furukawa’s refusing to comment on whether or not the next generation hardware is coming out by the end of this fiscal year makes a compelling argument for their current targets being a Spring 2023 release. I don’t see where you’re getting “Q1 2025” from.

That is actually, as I've just found out, false. Furukawa did not refuse to comment. He did give a non-answer, but it's an answer nontheless. Not like outright refusing to comment would make an actually compelling argument.

On top of this he also said that they are expecting hardware manufacturing costs and transportation costs to rise this fiscal year. That by itself should destroy any idea of a new console launching this fiscal year. It just wouldn't make any sense business-wise.

They've had almost double the net profit of the Wii and DS peak year twice in a row now. No need for new hardware so soon. 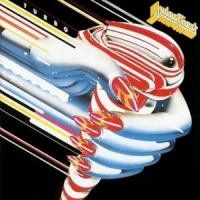 I REALLY doubt it. But I also doubted about the Switch.

Bold 1: The initial planning for the Switch started in 2012. Wii U began in 2008. Wii began in 2001. A console can spend practically an entire generation in the conceptual stage. So, starting work on a console in 2020 could mean the successor wont launch for another four or five years, just like the Switch, Wii U, and Wii.

Bold 2: Why not? They've done this before. The GBA was initially planned to release in 1996, but with the continued popularity of the Gameboy and the fact that they couldn't get the device to be power efficient enough they decided to keep updating the Gameboy instead and go back to the drawing board. There was another recent hardware discovery as well, a true successor to the 3DS, with planned hardware from Nvidia. The chip they were using was in production, and they had software built for the console. They didn't end up making THAT console and instead continued to perfect their designs and we ended up getting different (and more powerful) hardware...the Switch.

Yea at this point there is literally a zero chance we see a Switch successor in the Q1 2023, let alone in 2023 in general. If that were the case we should already be getting major leaks about the console right now and Nintendo maybe announcing a codename or something but we haven't gotten any of that. Also how tf is a console forecasted to sell 21 Million in a year when the successor is about to release. Makes zero sense especially since this is the most profitable year for any console in history.