Cannot outsell the PS4 if the stock isnt there.  Switch sold every console they had on the shelf, its a win.

And that’s why pa4, does so well. Has something for everyone.

So are you saying that I cannot buy a system unless a title sells 1 million? So if everyone waits around for a title to sell at least a million copies before they buy that system for that game, what crowd is buying that game for that game to achieve that "system seller 1 million" status?  Are you insane or just asinine to put it lightly?

And about this source. Those numbers haven't being denied by anyone in the knowing and all mods on resetera let the poster and thread on, with no warning about the veracity of this info. And there is at least one administrator at resetera that knows the true NPD numbers...

They wouldn't let a thread of this importance on their site if they knew numbers were totally made up.

I disagree, it wouldn’t be wise to sell the system at a loss, nearly 800,000 units while it sells gangbusters in Japan is a successful figure, it’s just playstation has become the market leader again worldwide, and it’s really on a crazy tip, 199 ps4 with blunray, Netflix, and the best game library, is hard to compete with

Basing on the retail musings. Switch was readily available than the PS4

Do you actually have a source for this? I keep seeing people saying this, as if they are desperate for any explanation. Yet I've not seen a source.

I have however seen.. *goes to get the photo from November thread* 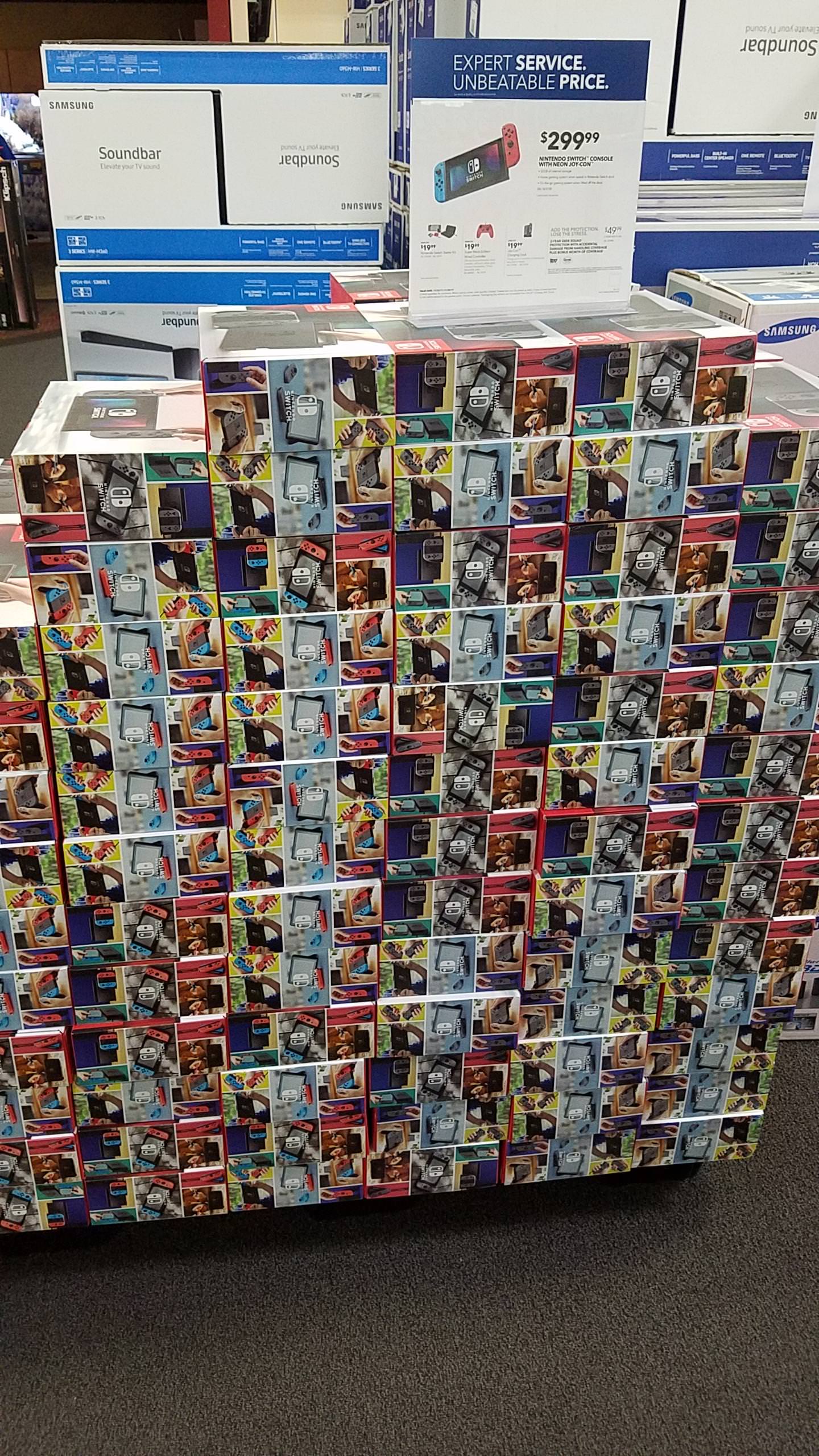 Anecdotal as best, but I haven't seen anything backing up the "out of stock" argument either.

Looking forward to see how miya spins this.

Well the Switch deal on Black Friday wasn't a price cut (obviously) but instead they threw in an extra joycon. So why not cut the price to the equivalent of the cost of the Joycon? In my opinion, that would've been the better move. Once people own the console, they buy accessories, games, subscriptions etc. And they recoup any loss they may have sustained upon the inital purchase. But obviously for that to happen, they have to get the console in homes first, which they'd have an easier time of doing at a lower price point.

my bestbuy had plenty of switchs left on black fri.. ps4 and xbox sold out